The Germans decided to throw their hat into the EXORCIST ring with this lesser known entry. Director Boos is one of the creators of the long- running, softcore SCHOOLGIRL REPORT films. (Fun Fact: Number 4 in the series features the delectable Christina Lindberg of Thriller: A Cruel Picture and Sex & Fury fame). 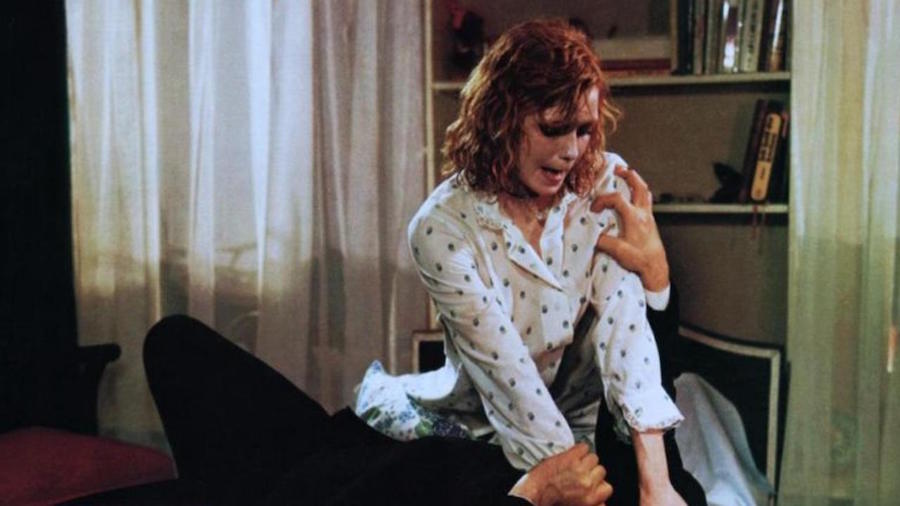 The fun begins with a German streetwalker (inexplicably dressed like a ROCKY HORROR fanatic) walking through a German village one late night and discovers a crucified old man, known for being a Satanist. Meanwhile, at a Munich-based boarding school, his granddaughter Magdelena (Sexy, redhead Dagmar Hedrich who loves her full-frontal nudity) becomes possessed by some sort of evil entity (Whether its her grandfather's soul or a demon is never made clear). She starts convulsing, making furniture fly across the room and tears a Bible apart with her bare hands. Magdalena also seems wildly unfamiliar with Catholic practices, since when asked by a priest to take communion, she responds "I do want to take communion . . . Stick it right here in my pussy!"

Its ironic that FEMALE works so hard to be like the EXORCIST -- Albeit a sexier version -- that it ends up failing in the ceremony itself. The sequence is broken into two brief segments with a scene of Magdalena being brutally raped by the entity padding the middle. When she is finally released of the sinister spirit it comes out in the anti-climactic form of a tiny, black snake that pours from her mouth. (Its then promptly stepped on by one of a loved one).