The Devil's Bride (1968, UK) is a Horror film directed by Terence Fisher. 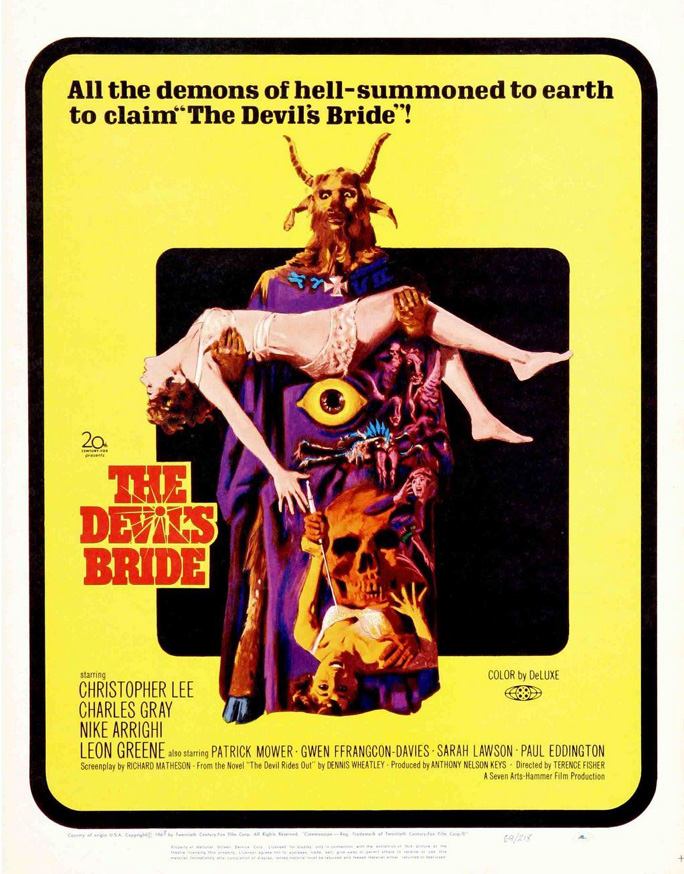 The Devil Rides Out, known as The Devil's Bride in the United States, is based on the 1934 novel of the same name by Dennis Wheatley. The film stars Christopher Lee, Charles Gray, Niké Arrighi, Leon Greene and Patrick Mower. Set in London and the south of England in 1929, the story finds Nicholas, Duc de Richleau, investigating the strange actions of the son of a friend, Simon Aron, who has a house complete with strange markings and a pentagram. He quickly deduces that Simon is involved with the occult. Nicholas de Richleau and Rex Van Ryn manage to rescue Simon and another young initiate, Tanith, from a devil-worshipping cult. During the rescue, they disrupt a ceremony on Salisbury Plain, in which the Devil (Baphomet) himself appears. (Wikipedia)