The Decline of Western Civilization Collection 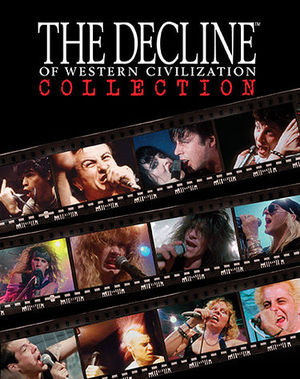 Penelope Spheeris' The Decline Of Western Civilization was perceived as shocking and outrageous at the time of its original release in 1981 and its two follow-up films were no less extraordinary and revealing. Today, museums and educational institutions around the world present them as a historically significant works of art. Featuring some of the most influential and innovative musicians and groups of all time – Germs, Black Flag, X, Fear, Circle Jerks, Alice Cooper and Ozzy Osbourne, these riveting, unflinching and hard-core films adeptly captured the spirit of a major cultural phenomenon.

Now for the first time, all three films (The Decline of Western Civilization, Part II: The Metal Years and Part III) are available in one deluxe box set. And while all three films have been restored in high definition, they are in keeping with the feel of the rebellious times in which they were shot. Here's an immersive tour of in-your-face filmmaking and music. Bonus Features 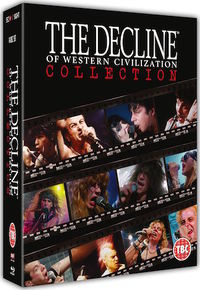