The Decline of Western Civilization/Review

< The Decline of Western Civilization

For about a year, I've been listening to Hardcore Punk music because not only do I get sick of modern music in general, I also want to relieve my anger and depression towards things. Sure, I still listen to stuff like Hall & Oates, R.E.M. or Phil Collins, but whenever I want my heart pumping, Hardcore Punk is the only way to get it going. There are many bands in this genre that I really like: The Misfits, Minor Threat, Bad Brains, Flipper, Dead Kennedys, Bad Religion, etc. For those that want to find out more about the movement at its height of popularity, look no further than Penelope Spheeris' seminal documentary on the early 80s LA punk scene: "The Decline of Western Civilization". 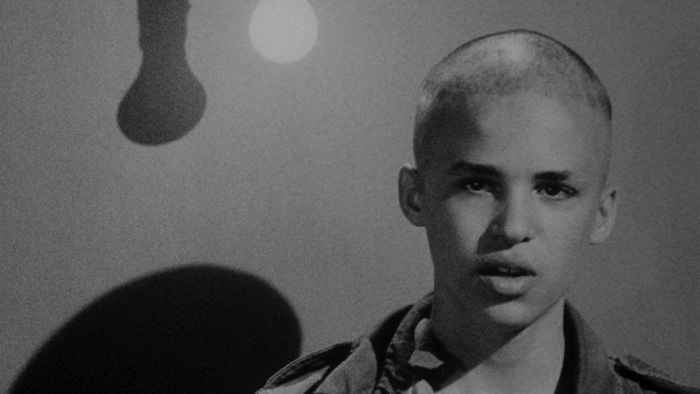 TDWC is one of my all-time favorite documentaries basically because it features my favorite bands like Fear, Circle Jerks, Black Flag, and X and shows us the WHOLE movement in general. It consists of live performance footage, interviews with the bands and with people who were involved with the scene: from teenage audiences to local promoters. We learn about the differences between generic Rock music (or most Classic Rock) and Hardcore Punk. We witness the minds behind the Punk fanzine called Slash as well as the differences between pogoing, slamdancing and violence at the concerts.

The editing and filming is really unique, especially in the interview segments. They talk to punk teenagers (about violence among audience members) in a room with a light bulb above their head, which is the same technique they also use in TDWC: Part 2 (we'll talk about that later). When they interview Brendan Mullen, a club owner, they use an LA highway and the whole city as a background. This makes the film look more interesting and memorable due to visual elements and quick-cut editing. Also, during the bands' performances, they show the lyrics on the screen in a karaoke style to clue us into their pissed-off attitudes and perspectives.

Since it loosely has a plot, I have to pick some great highlights to tell you about. 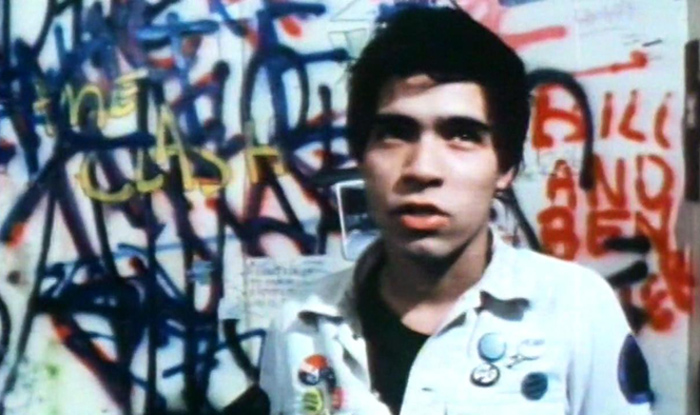 There's an interesting interview with Black Flag (with Ron Reyes as the lead singer, which is their 2nd lineup at the time). They live in a place called "The Church", which was a literally an old rundown Catholic church. They also talk about their poor financial situation due to a money split between promoters and the band. The funniest part is when Robo, the drummer of the band, tells us a story about hippies that live around that place. He says that those people are smoking pot all the time even when they are angry. I think it's kinda funny since the filming takes place in 1980. With the advent of Disco and Punk, I thought hippies didn't exist anymore in early 80's! It's kinda interesting to learn that the famous subculture from the late 60's could survive in a world that got more and more chaotic. Not to mention the fact that Johnny Rotten famously said "Kill the hippies" and Dead Kennedys wrote "California Uber Alles" to mock not only the Governor of California, but also the hippie culture in general.

Next, we have the band X who talk about their tattoos and other topics. Then, Exene, the female vocalist of the band, shows her weird collection of right-wing and Christian leaflets. According to her, "They say the most insane things. And you cannot believe society's got into this stage". She shows her one of leaflets that says: "The activities of homosexuals and lesbians, a detailed expose of the activities of these depraved humans would be so revolting that it might 'cause a sane person to vomit. If you wish the sordid details, consult sexual pathology or the dictionary book for some information. Shalom, Israel, the everlasting nation."

Wow, it's been 35 years since it was filmed, yet over-the-top statements like this still exist in one form or another.

And finally, the best moment in the film. It's the live performance of Fear. Why do I like them so much? This band is totally different from stereotypical Punk bands you've heard of. Instead of talking about youth anxiety or how bad capitalism is, they banter at audiences like this: 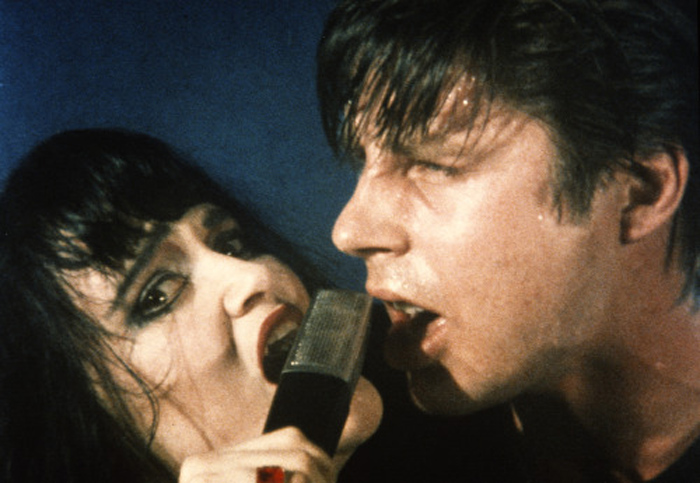 Wow. That's so goofy and hilarious, yet they always provoke violence thanks to Punk rockers who take themselves too seriously. Anyway, here comes the famous banter from Lee Ving, the lead singer.

Unless it's Mike Huckabee or Pat Robertson's punk band, there's no way you can take this kind of quote too seriously. One female audience member gets pissed off at Lee and this quote, so she and her friends jump on a stage and try to fight him, but he and TONS of roadies push and kick them off of the stage! After the chaos, Lee speaks to the audience in a really sarcastic voice...

But that's just the beginning! Next, they sing songs about not giving a damn about anything in their life (including a man that dies in front of the narrator), his girlfriend who likes sucking his dick, having the next world war so everyone can go die and stocks market can go up. They end the show by singing bands' anthem...

By the way, I forgot to tell you that they are well-known for their offbeat humor as well. Here are two jokes from them...

With weird antics like these, I guess that's why I really like their first album ("The Record") and their live album ("Live...For The Record").

To sum up, this documentary is a collection of great examples of what made Hardcore Punk in early 80's so popular and memorable. Luckily, you can find it on Blu-Ray now. Although the color is faded, the scratches are visible and you can hear the audio glitches on the soundtrack due to the damage of the film (I've heard that the original negative was destroyed, so they used a copy from the director herself). It looks much clearer and better than the Laserdisc/VHS rip that has been available on the internet for a while. Recommended!