A movie with a message—don’t fool with Mother Nature—The Creeping Flesh takes a look at how, in Victorian England, good intentions go horribly wrong.

Peter Cushing is Professor Emmanuel Hildern, a “mad” scientist who lives in a large house far away from the main town. On a recent excavation he brought back a pre-Neanderthal skeleton. During experiments it’s revealed that when the skeletal remains come in contact with water, flesh grows on the bones! First, it’s a wriggling finger but before it’s all said and done it’ll be a hand, a face, and a vengeful re-animated body! 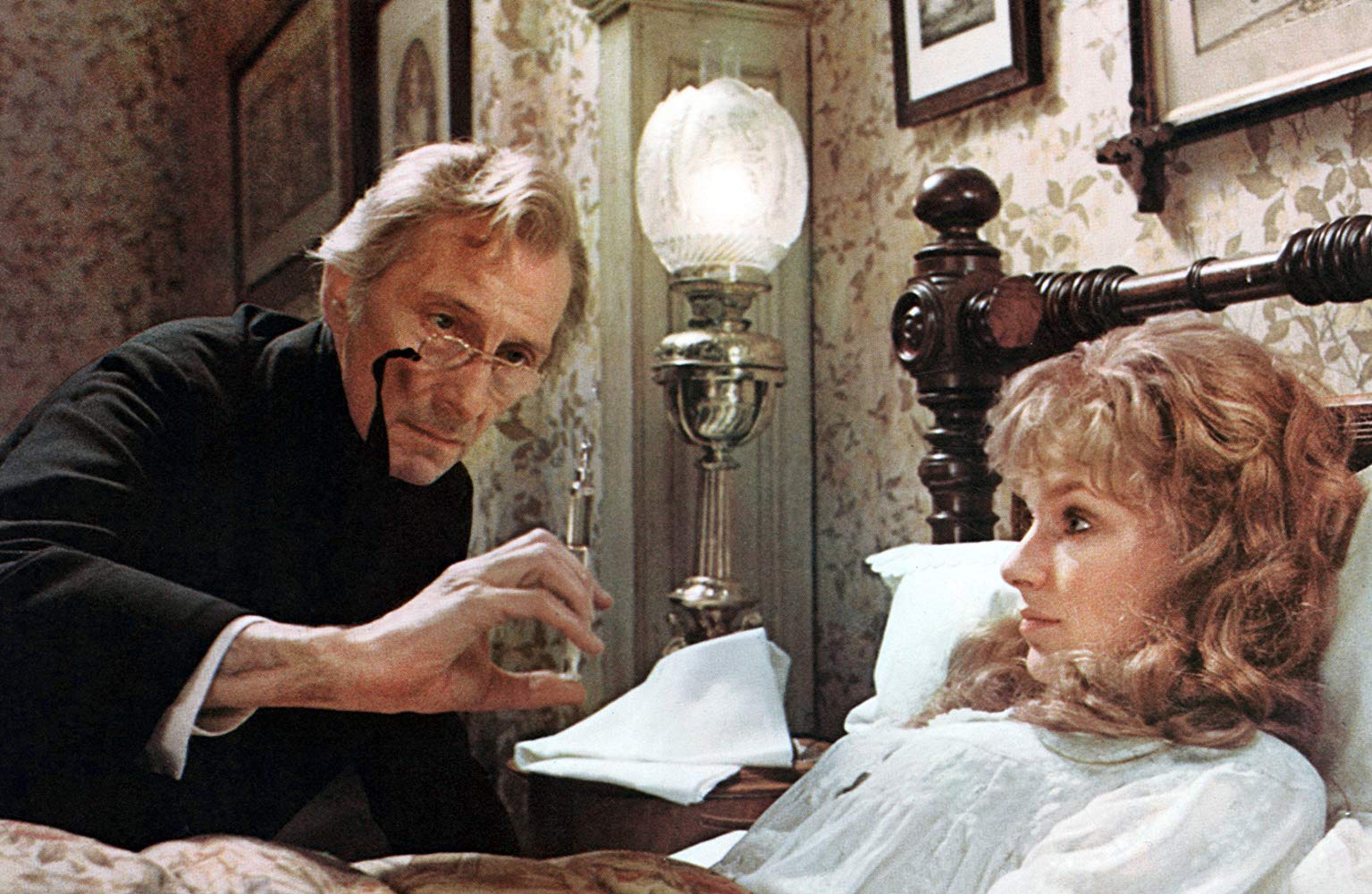 Hildern’s brother James is also conducting experiments, but of a different sort. He’s the head doctor at the local nut house, the place where the Professor’s cabaret-dancing wife was sent after she went crazy. James, blind with sibling rivalry, is conducting a series of torturous experiments on his patients to see if insanity can be reversed. Both men want to win an esteemed prize and the validation that comes with it.

And then there's the professor’s shut-in daughter Penelope (Lorna Heilbron) a doting young woman who’s never been told that her mother died in an asylum, and never ventured into her mother’s abandoned bedroom. Is there something behind that locked door that she needs to know? And what about that serum the professor injected into a lab monkey? Can he use it on his daughter? 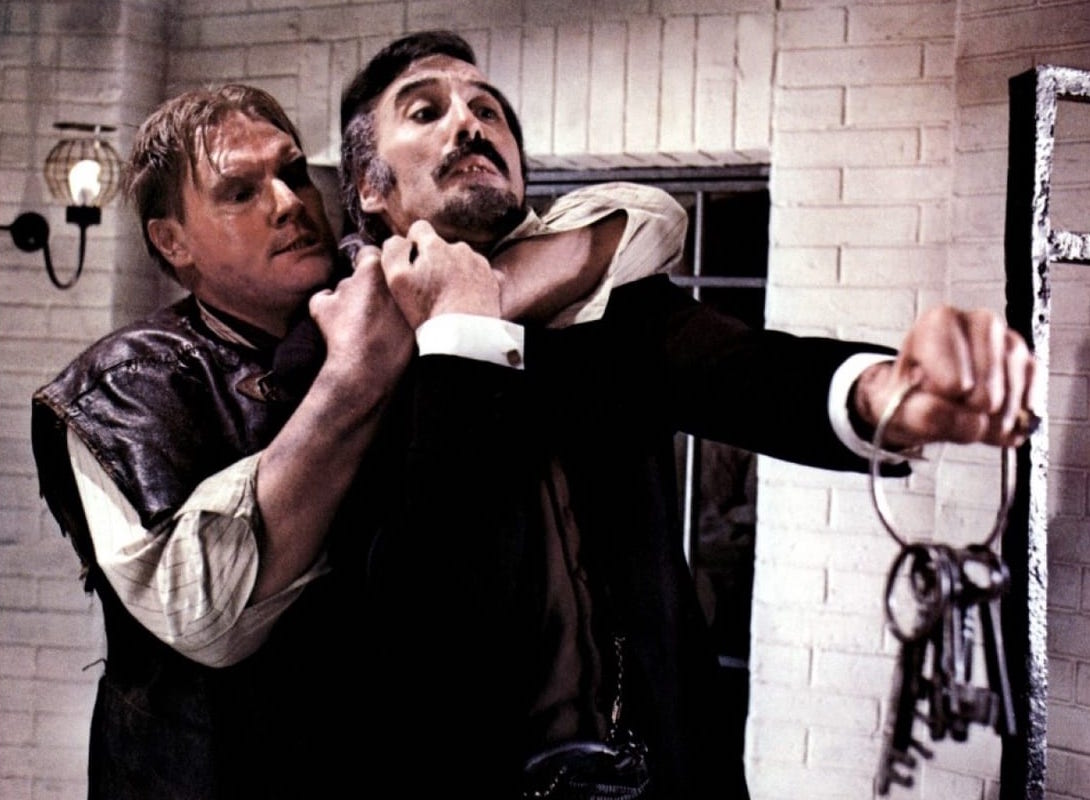 Director Freddie (Trog, Tales That Witness Madness) Francis can’t go wrong with a collection of beautifully decorated turn of the century sets, detailed costumes, perfectly angled back lot locations, and a few pulsating skin-growing special effects. And Peter Spenceley and Jonathan Rumbold’s script spins a tragic, cautionary tale that spares no one: not even the kind-hearted.

The Creeping Flesh is a decidedly gloomy and morose period piece featuring two of British Horror’s most accomplished players—Cushing and Lee. Evil exists, professor Hildern insists at every turn, be it in the hearts of mankind, or in the ancient bones of a newly reborn flesh-growing skeleton!