The Cool and the Crazy

The Cool and the Crazy (1958, USA) is a Teen Crime film directed by William Witney. 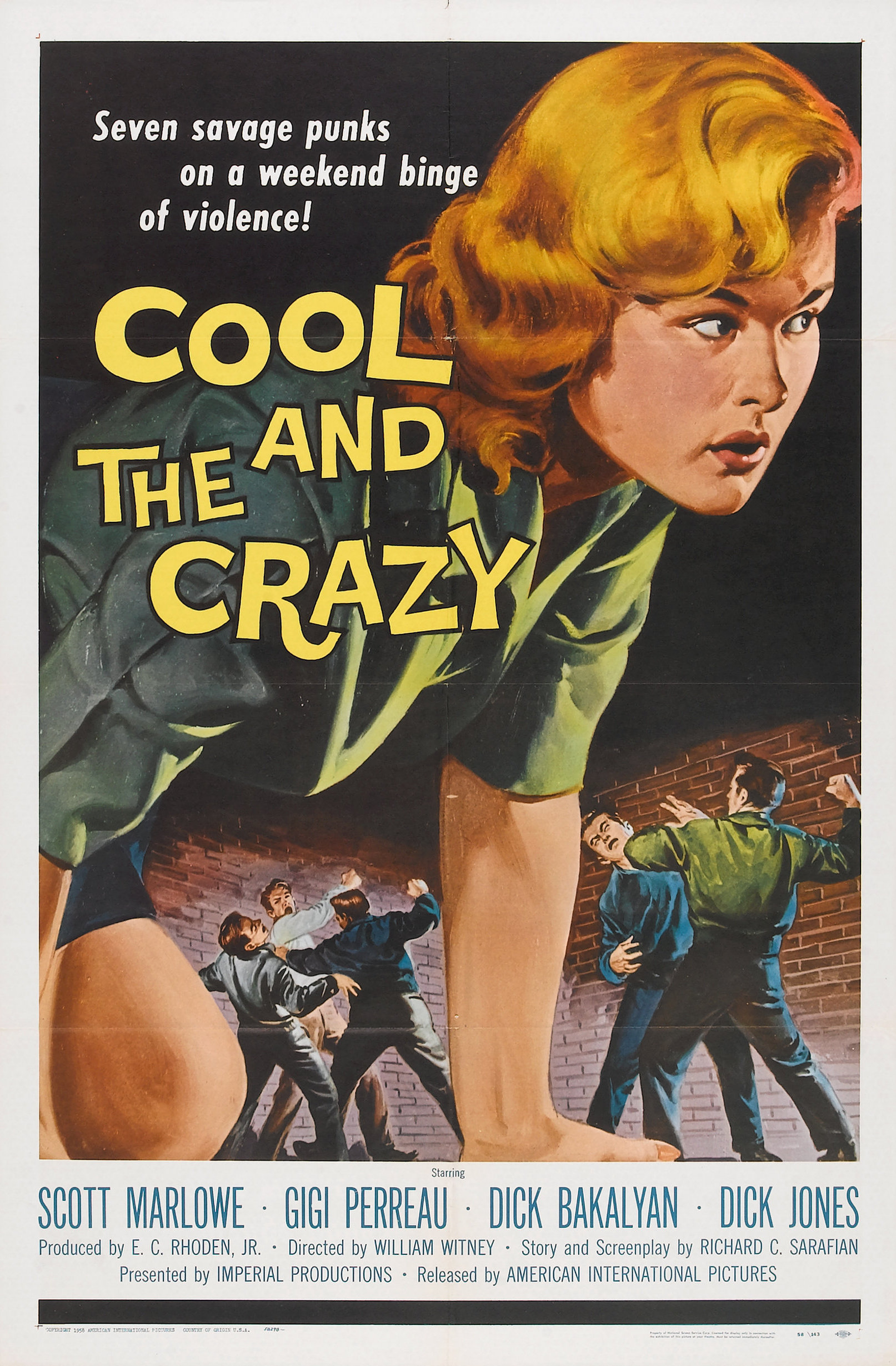 The Cool and the Crazy tells the story of Ben Saul, a reform school graduate who is transferred to a Kansas City high school. There, Ben's clowning in class ticks off the local gang of tough guys, but he soon wins all of their admiration when he begins buying them beer, taking them to dances, giving them "kicks," and then finally turning them on to marijuana. Ben is working as a frontman for a local marijuana ring, but the local police detective is hot on his trail. When a marijuana-crazed addict teenager whom Ben has sold the drug to dies trying to hold up a filling station for drug money, the police question him and events begin to spiral out of Ben's control. In the dramatic (or melodramatic) finale, Ben ends up killing the pusher for more marijuana only to find that there is none, and gets his just deserts in a fiery car wreck. (Wikipedia)