The Cool and The Crazy: Teenage Hellraisers of Cult Cinema

In the 1950s, popular Hollywood movies like Rebel Without A Cause, The Wild One and Blackboard Jungle sparked off an exciting new genre: the rebellious teenager film. Following in their path, indie filmmakers began using stories about JDs (Juvenile Delinquents) going up against their square teachers and parents to grab the attention of younger audiences who were just discovering the sounds of Rock N' Roll. These Youth Gone Wild movies became a huge part of the B-movie world. It made perfect sense for films about fast living, reckless teens to have their own raucous, edgy cinematic adventures set to the sounds of the outlaws with guitars. The subject matter in these films usually dealt with drugs, gangs, rock n' rollers, hot rodders, domestic conflicts and competition between established social groups. To celebrate the wild teens of cinema, GCDb has put together a guide to many of the classic gems we feel best represent the genre. 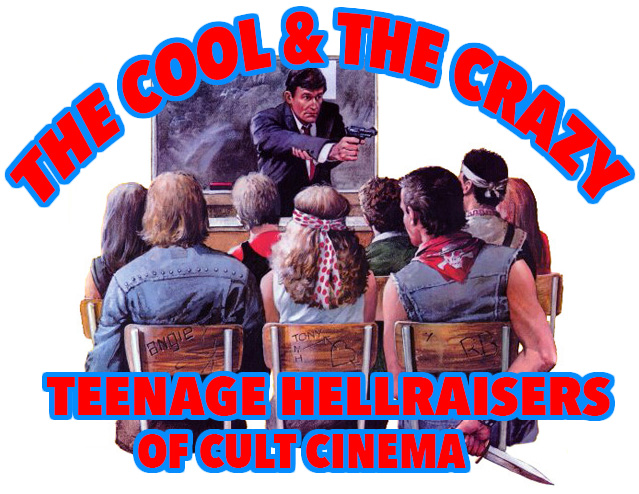