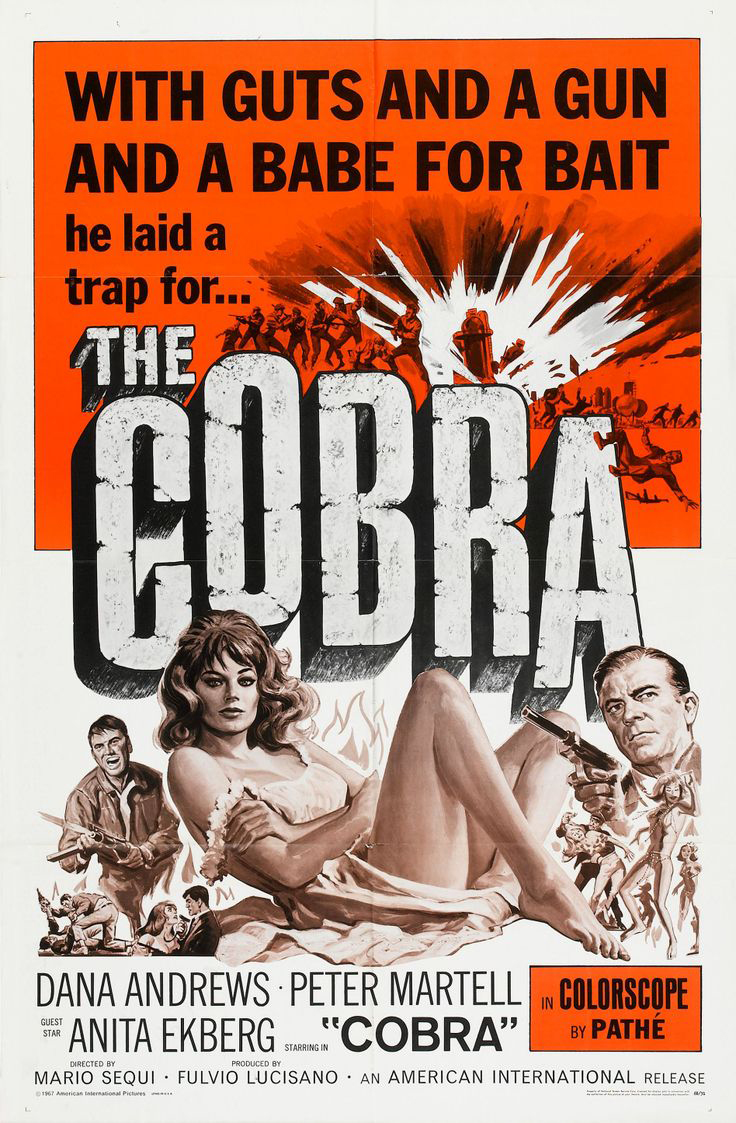 The US Government reactivates their best middle east agent Mike Rand (Martell) to track down "The Cobra", which is what they assume a drug cartel or a crime kingpin. Rand sets out among a conspiracy of oil tycoons, drug enforcement agencies and even the United Nations, to stop the Cobra, in an effort by the US Treasury to stop the flow of opium to the United States. As he gets closer to completing the mission, more and more people die along his way. But he wouldn't be Mike Rand if he wasn't able to track down and lay a trap for the Cobra, and then watch the sunset over the rooftops of Istanbul, with a beautiful girl by his side.