The Clones of Bruce Lee

The Clones of Bruce Lee (1977, HK) is a Brucesploitation-Martial Arts film directed by Joseph Velasco. 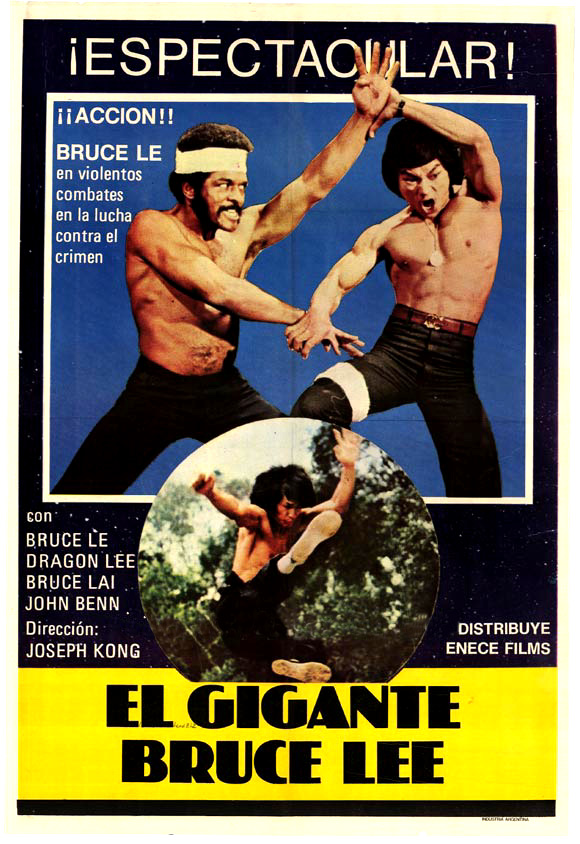 The Clones of Bruce Lee is one of the most notorious exploitation films in cinematic history. It gathers together several of the Lee imitators who sprang up after Bruce Lee's death (including Bruce Le and Dragon Lee), as well as performers from the real Lee's films and other veterans of the Hong Kong movie industry. It has been called "The Mount Rushmore of Bruceploitation films". Immediately after the death of Bruce Lee in Hong Kong, Mr. Colin of the Special Branch of Investigations asks Professor Lucas (Jon T. Benn), a brilliant scientist, to take samples of the late master's brain tissue. Using these samples, Lucas creates three perfect clones of Lee: Bruce Lee 1 (Dragon Lee), Bruce Lee 2 (Bruce Le), and Bruce Lee 3 (Bruce Lai). They are trained in martial arts by Bolo Yeung and Chiang Tao. The mission of the clones is to fight crime in Southeast Asia. (Wikipedia)