The Case of The Scorpions Tail

The Case of the Scorpion's Tail (1971, Italy) is a Giallo film directed by Sergio Martino. 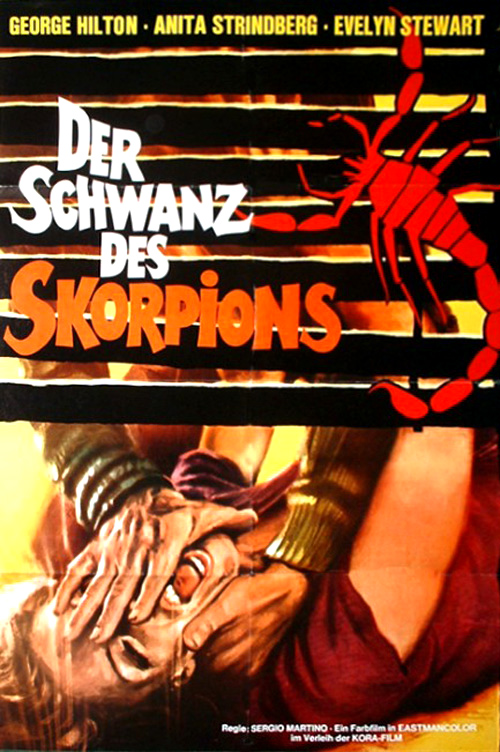 A widow inherits a small fortune when her husband dies in a freak jet crash. However, before she can escape to a retreat with her secret lover the widow is brutally murdered and the money stolen. Now an insurance investigator and his journalist love interest must figure out exactly who is murdering anyone involved with the late widow and exactly what their vicious vendetta is. (Wikipedia)