The Candy Tangerine Man (1975, USA) is a Blaxploitation-Crime film directed by Matt Cimber. 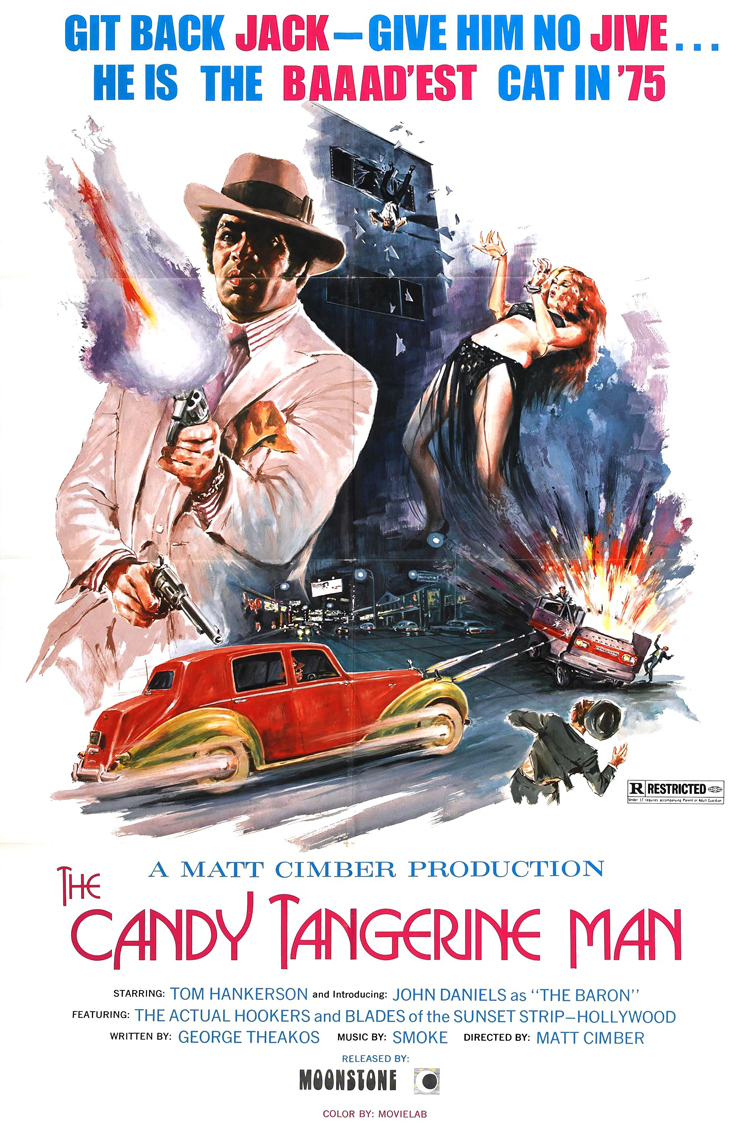 The Candy Tangerine Man follows the story of the powerful "Black Baron" (Daniels), both a pimp and a doting father. The film was directed and produced by Matt Cimber and written by Mikel Angel under the pseudonym of George Theakos. A successful Los Angeles-based businessperson, doting father of two and a loving husband, Ron Lewis (John Daniels) turns into a completely different self at night – his alter ego, the "Black Baron", a prominent, powerful and feared pimp; but after killing two racist police officers in his pursuit, the Baron realises that his pimping days are numbered. (Wikipedia)