The Bushido Blade (1981, USA) is a Chambara film directed by Tsugunobu Kotani. 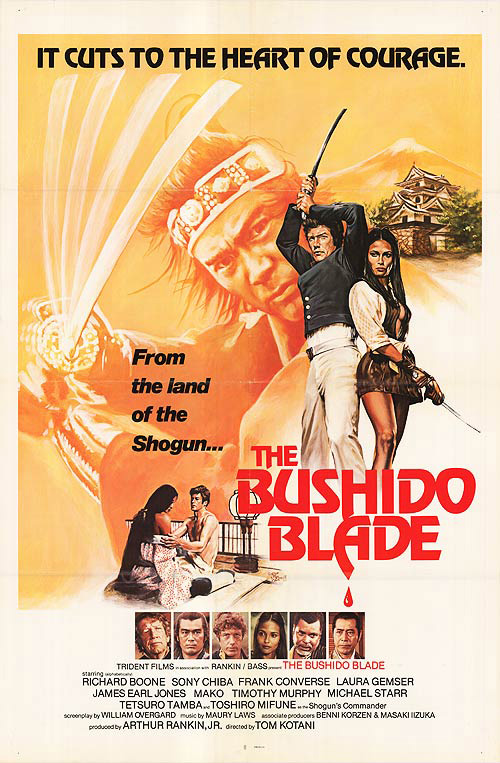 The Bushido Blade is a 1981 film, directed by Shusei Kotani, about a samurai sword being entrusted to Commodore Matthew Perry for the President of the United States by the Emperor of Japan that was stolen by a band of thieves who oppose the treaty about to be signed. Three Americans travel to a castle to retrieve the sword, so that the signing of the treaty can take place. Commodore Perry is played by Richard Boone in his last role. Toshirō Mifune, Sonny Chiba, Mako and James Earl Jones also appear in this movie. The basic plot concept bears a strong similarity to the earlier movie Red Sun (1971), also featuring Toshiro Mifune.