The Bloodsucker Leads the Dance

The Bloodsucker Leads The Dance (1975, Italy) is a Giallo film directed by Alfredo Rizzo. 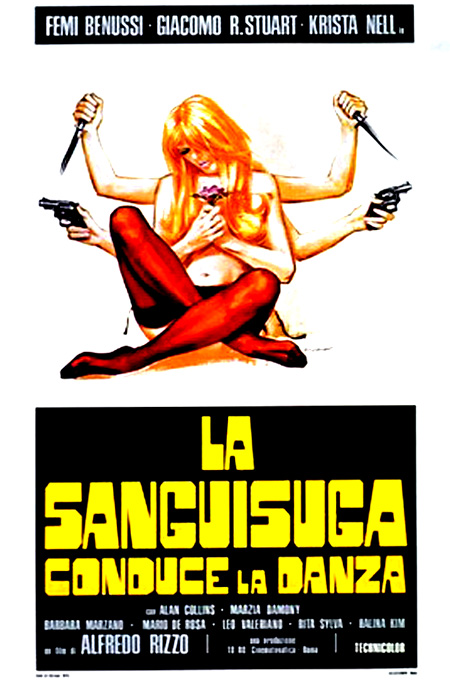 La sanguisuga conduce la danza (internationally released as The Bloodsucker Leads the Dance, The Leaches Lead the Dance, The Passion of Evelyn and The Mark of Satan) is a 1975 Italian giallo-horror film directed by Alfredo Rizzo. It is the last film starred by Austrian actress Krista Nell. Allmovie wrote, "In the hands of a better filmmaker, it might have been an interesting pastiche, or even played as a clever spoof, but Rizzo appears to have made the whole thing up as he went along", calling it "a fairly ordinary giallo thriller". (Wikipedia)