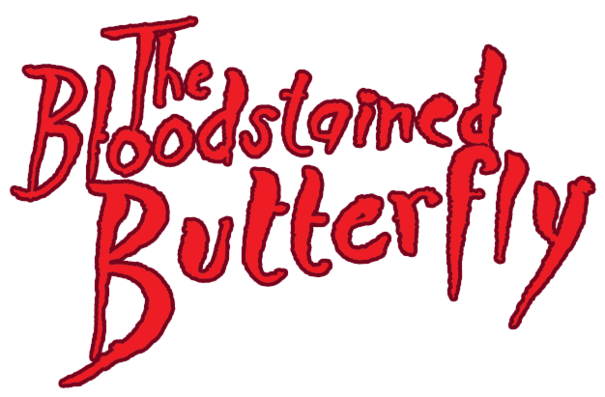 By the early 1970’s the Giallo subgenre was in full swing. The success of Dario Argento’s Animal Trilogy (The Bird With The Crystal Plumage, The Cat O' Nine Tails, Four Flies on Grey Velvet) led to Gialli being done on regular scale per year, filmmakers able to transition from the slowly declining popularity of the Westerns. Duccio Tessari, most famous for his work on the Ringo films with Giuliano Gemma, had previous success with his “proto” Giallo La Morte Risale a Iieri Sera (Death Took Place Last Night), a Crime Drama with tinges of Giallo themes, and got to go full on with Farfalla. Like with the former, this film combines the Giallo with other genre’s like Crime, Noir, and Detective Procedural, all melding to form a cohesive and unique mixture that offers the thrills of the Giallo, and the effectiveness of a Crime Thriller. Tessari uniquely goes back and forth between the police investigation into the film’s central murder, the trial of the man accused of killing the victim, and how the people connected to the two figures are coping with the situation. What adds to the film’s aura is that little is shown of the other characters’ personal lives, only what aspects are relevant to the case being probed. Even in this instant the audience learns some pretty crucial and sometimes damning things that leaves them wondering if the suspect on question is being set up. Keeping all events tied to the murder that brings everyone together can be difficult and would leave many plot holes, but Tessari makes it work to full effect.

While not stated in the credits, Tessari and his co-writer Giancarlo Clerici (two secondary characters bear his surname) were clearly influenced by the novels of Edgar Wallace. Wallace was a British writer whose Mystery/Detective stories were the only direct competition to Agatha Christie. Wallace’s stories usually centered around the death of young women, and often how their death’s led investigators into much bigger conspiracies. Ironically, Wallace was most popular over in Germany, especially after WWII, and a series of films from the late 1950’s to the early 1970’s, were based directly on his books or heavily inspired by them. Other parts of Europe enjoyed his work as well, but it was rare to see films utilize his themes and motifs outside of Germany. The story was taken from a Wallace short piece called Secret of the Black Rose, though how much of the actual plot was used is up for speculation. That Tessari’s film was a co-production with Germany, and with three of the main cast being German/Austrian natives, the Wallace influence is fairly significant.

Helmut Berger, a German/Austrian leading man known for his successful career in Italy, and as filmmaker Luchino Visconti’s Muse and Life Partner until the director’s death at age 77, is an ambiguous interest as the character of Giorgio. His character isn’t the central figure of the film, but his connection to both the family and the dead girl are fairly important when the film comes to its climax. A vague individual in that very little is said of his past or what he does, save that he was in a relationship with both the murdered girl Françoise Pigaut and her best friend Sarah Marchi, whose father is later accused of her murder. Berger spends most of the film brooding, little reason given for why he’s acting the way he does, and while it’s understandable he’s crushed by Françoise’s death, his bizarre descent into what appears to be paranoia is both perplexing and worrying. While Berger is listed as the lead actor, he only appears sporadically until about the last 40 or so minutes of the film, where it seems to be almost entirely him, and while his character is important as a suspect and as a figure in the dead girl’s past, that he speaks so little and seems to have never been talked to by the police and others makes his role a little confusing.

Ida Galli, an Italian leading lady and character actress, known more by her Anglo pseudonym Evelyn Stewart, is very good in the role of Maria Marchi. While a loving mother to her only daughter, Maria’s relationship with her husband Alessandro is strained at best. While it’s only hinted that he strayed, Maria’s secretive relationship with the family attorney leaves viewers wondering if she might be involved in the young Françoise’s death and her husband’s subsequent arrest. Surprisingly, Maria never makes qualms she and her husband have had their difficulties, and her husband’s success as a building contractor certainly could cast doubts as to why she would get rid of the source of her luxury and finer things, as it’s never indicated if she would benefit from either his dying or if he was convicted of wrongdoing. Galli, in the period of the Giallo, flourished as either the femme fatale, the victim, or the friend of the heroine, and this, along with The Sweet Body of Deborah, made her a key figure within the genre, and a reliable repeat performer with much to offer.

Now there are other great performances in the film, but to keep this write-up relatively spoiler free, these performances must be left off the page to avoid giving away too many key elements that point to the ending.

For fans of Akira Kurosawa’s Tengoku to Jigoku (Heaven and Hell/High and Low) (like this author), this film splits its action in half, part of it focused on the murder itself and the subsequent investigation by the police and the criminal trial, and the second half looking into what happens upon the discovery of the second murder. By having the plot separated like a stage play, audiences get to see both sides of a Giallo: one half looking at how the police handle a case, and the other half looking at how the people who knew the victim are dealing with her being gone, and how it’s affecting their lives. Flavio Mogherini would attempt something similar almost a decade later with The Pyjama Girl Case, though his was more of a mix and match, while Tessari gives each side its own section.

Striking imagery/cinematography, moody atmosphere, and fine performances from an ensemble cast, Farfalla is an early spin on the Giallo that takes it outside the influences of Mario Bava and Dario Argento, the key figures of the genre. By taking his story out of the exotic locales and the high-class areas, and setting it in the suburbs with a middle class, though somewhat financially well-off family, Tessari gives the Giallo a realism that, along with his previous La Morte, would help inspire Dick Wolf in his Law & Order franchise, about crime not having prejudices or preferences, and occurring whether others want it to or not. The ending is a complete surprise that nobody sees coming, though how the situation is resolved is a little bit of a letdown, though still satisfying for what it is, and what Tessari wanted to have play out.