Review of the Blue Underground BluRay release of The Blood of Fu Manchu (which is a double feature with The Castle of Fu Manchu, see separate review). 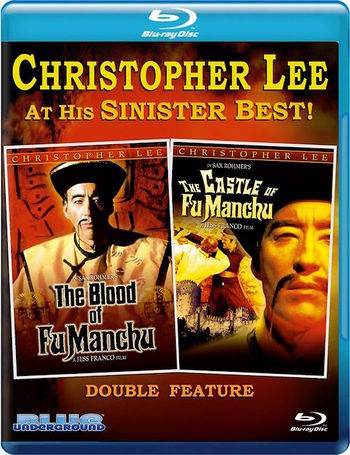 In the South-American jungle, an expedition for a hidden city in the mountains gets ambushed. The lead archeologist and all the assistants all die, only Carl Jansen (Götz George) escapes. While the evil Fu Manchu (Christopher Lee) and his daughter Lin Tang (Tsai Chin) inject kidnapped girls with snake venom to turn them into infectious killing machines, the Cangaceiro bandit Sancho Lopez (Ricardo Palacios) terrorizes nearby towns. One of the first victims of Manchu's death squad is Nayland Smith (Richard Greene) an old friend of Carls, who subsequently sends out a rescue party headed by nurse Ursula Wagner (Maria Rohm). They infiltrate Fu Manchu's lair, just as he conspired with the bandit, at great cost aiming to put an end to his evil plans of blackmailing the world into submission...

This one from 1968 and many other of the Fu Manchu movies were based on dime novels by Sax Rohmer (a pseudonym), who was a best selling author in the 20s for adventure stories cashing in on exotic adventures and the red peril. Harry Alan Towers, the film's producer, secured the rights to all his books, but for the most part then made up his own scripts. Just like the A-list Fu Manchu movies of Hollywood, the Towers pictures were largely white-washed, and also rather cheap adventure flicks. Blue Underground's BluRay double feature lets you discover two of the Jess Franco made Chistopher Lee interpretations of these stories in great quality and with some interesting extras. 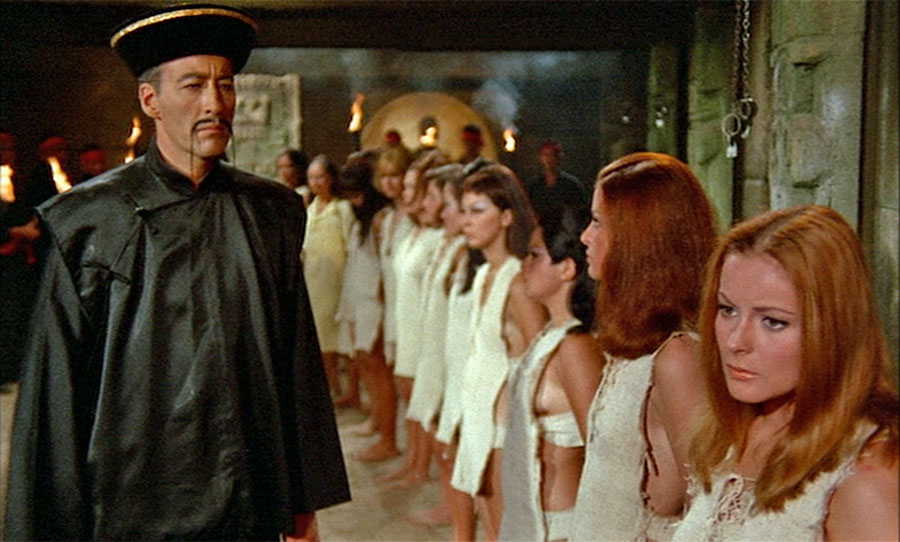 German 70s heartthrob Götz George, who also starred in the Karl May adaptation Treasure of Silver Lake and later became a prime time police detective (but is and was always considered one of the best German actors of his generation), plays the Indiana Jones in this film. Blue eyes, full of energy and as mysterious as the rest of the characters, he gets to shoot snakes, climb rocks and save some girls. All that after spending days playing chess with a local politician.

Christopher Lee made the Fu Manchu character famous in his own right, but they were certainly not his most glorious moment. These characters were to the Rohmer universe as Dracula was to the Hammer universe, in a way, and both were unwanted successes in Lee's view, who wanted to move on from this B picture success to make more serious fare. In The Blood of Fu Manchu he gets to don weird makeup and strut around a nondescript cave in the jungle, with a mix of ancient structures and high tech gadgetry. We never really find out what he wants and why, he's just there, he's obscure, and he's evil.

Maria Rohm played in countless of the standard Franco flicks, and I never quite understood what he saw in her (aside from bad teeth and cheap makeup), she didn't really have star qualities. Like some other characters in this one, she's rather two-dimensional and overshadowed by the rest of the gang of weird protagonists, but she too gets to show her belly button and act important. 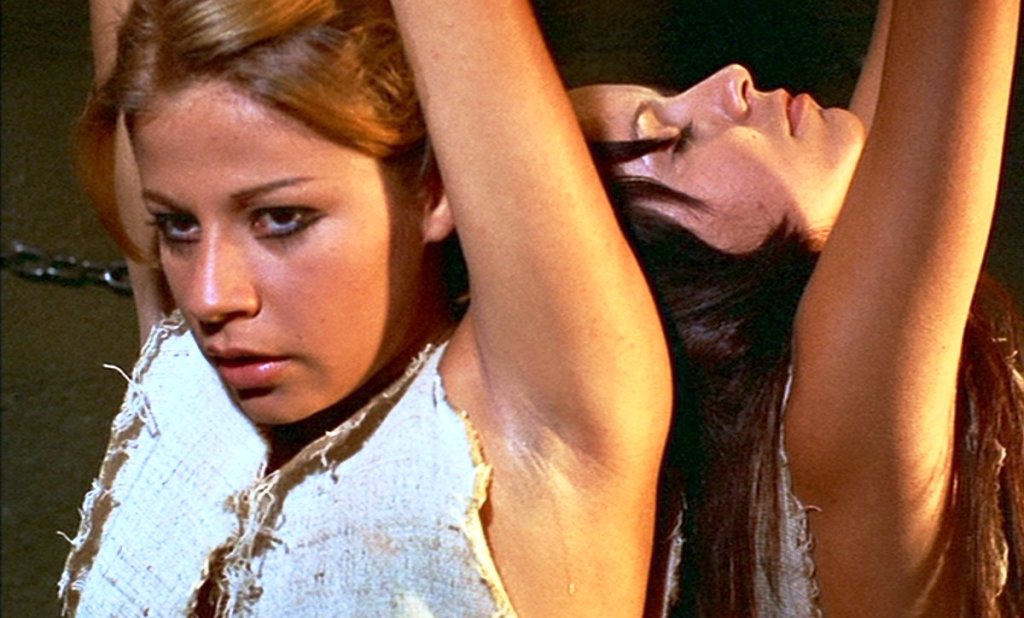 That gets me to my little verdict. I found the whole film, despite its low budget, urgently lacking character development and an actual story. The whole thing is so generic, even 99 Women or the Sumuru films had more depth. Like these, the film offers some cheap thrills, exotic locations and lots of sweaty girls lacking fabric, but all that has little actual effect. I'd go as far as to say it's not one of Franco's finest.

Cinematographer Manuel Merino tries to get the most out of the low budget, and it really shows. There are some fine sets in there, some exterior shots that establish a modicum of quality and perspective (you can see the Cristo Redentor in the background in one of them), but all the pointless jumping around of extras and the flat script make the effort vaporize.

It's still a fun little camper. And just as much fun it must've been to film them, flying around from Rio to Barcelona to Hong Kong and other nice spots in a few weeks to shoot cheap adventures back to back. Jess Franco was a creative worker and a stubborn little artist who squeezed an ounce of style out of all these flicks, maybe this one not so much as some others - but let's be honest, he made a lot worse flicks than this one. So sit back, relax and get your fix of Fu Manchu. 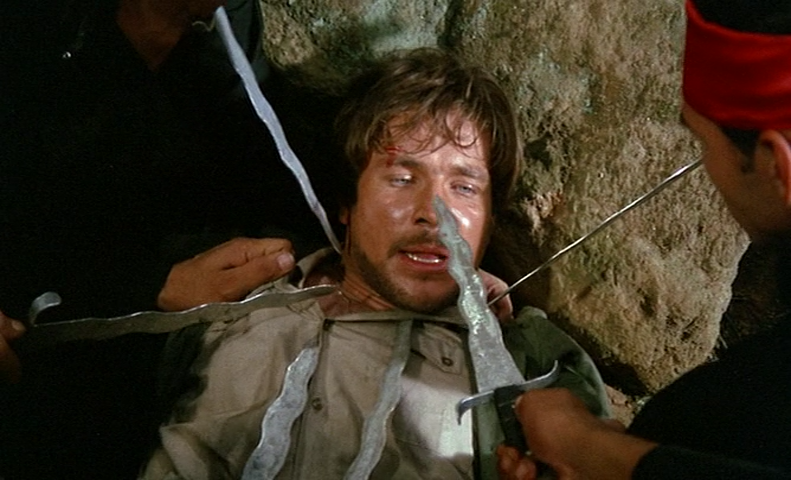 The BluRay offers a sub-average 2K transfer which is often lacking detail and crispness and runs not always steady, but is overall sufficient. Both movies are on one disc, so the bit rate is also not very high but the material also wouldn't need it. There is only an English language track, but it sounds alright for what it is. You can select subtitles (English SDH), but there are no other language options. Extras are "The Rise of Fu Manchu" with interviews with Jess Franco, Harry Alan Towers, Christopher Lee, Tsai Chin and Shirley Eaton (15mins) as well as the international and the US trailer, plus a poster and still gallery. Interesting little insight into these obscure films and the adaption of the Sax Rohmer universe to which also belong movies like The Million Eyes of Sumuru.

Overall, a rather campy adventure, but with lots of charm and cult flair to it, on a decent HD presentation. Makes me curious for the other movie.....