Originally released in 1966—and capitalizing on America’s contemporary strife: riots, the Black Power Movement, and the divided South, the titillatingly titled I Crossed the Color Line (aka The Black Klansman) is an exploitation film with a distinct message: no good comes from hate. 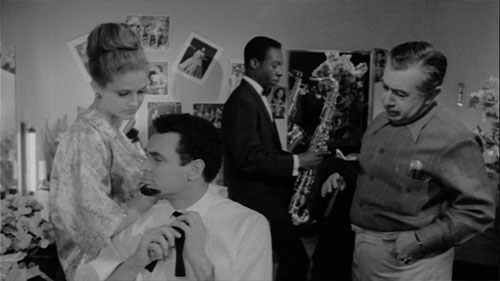 The topic of “passing” (usually referring to African Americans posing as white) was successfully covered in many films—including Pinky and Lost Boundaries (both 1949) as well as Sapphire and Imitation of Life (both 1959). What sets I Crossed the Color Line apart is both its angry male protagonist and its deadly vengeance theme.

Jerry (Richard Gilden) is a bi-racial “one drop and you’re black” man who identifies as black but looks white. He also dates white. His girlfriend Andrea (Rima Kutner) doesn’t care that he’s black; but Jerry, concerned about the difficulties they would encounter were they to get married and have children, does. Jerry is an L.A. Jazz musician. His former (black) wife and daughter reside deep in the heart of Alabama.

A family tragedy (pulled from the headlines of the day) has a profound effect on Jerry. In a flash he turns from an accomplished and thoughtful man into a man bent on retaliation. As his blood boils—and after he violently turns on Andrea; “White! White! White!, he enlists the help of a friend, changes his identity and appearance, and boards a plane to Alabama, his mission: “to make things right.” 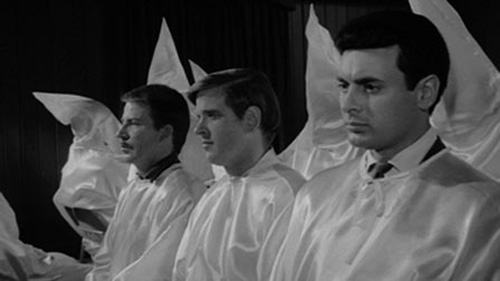 “Right” is facilitated by Jerry’s ability to pass as a white businessman interested in opening a chapter of the Ku Klux Klan back in L.A. After meeting with the local Grand Dragon, Jerry, a black man passing for white (an engaging conundrum as actor Gilden is a white man playing a black man playing a white man!) infiltrates the Klan and sets into motion a series of deadly events.

It’s a heady idea, this incendiary tale of payback and comeuppance, and it’s cleverly realized. Director Ted V. Mikels (The Corpse Grinders,The Doll Squad) delivers a serious topic decorated with all the tropes of exploitation cinema: violence, nudity, profanity and sexual situations—and the supporting cast brings it all home in grand fashion. There’s the racist, “N”-word loving Klan head (who himself is passing; as an open-minded neighborhood realtor) Farley (Jackie Deslonde), a Black Panther rebel rouser; Raymond (Max Julien; years before his starring turn in The Mack), and an old guard, not ready for change, African American bar owner; Alex (Whitman Mayo; later “Grady” on TV’s Sanford and Son).

Two lynchings, a church bombing, and several point-blank assassinations take place in the shadow of clandestine Ku Klux Klan meetings and ceremonies. Worth a look for its sheer audacity, I Crossed the Color Line ends with an on screen coda attributed to President John F. Kennedy. 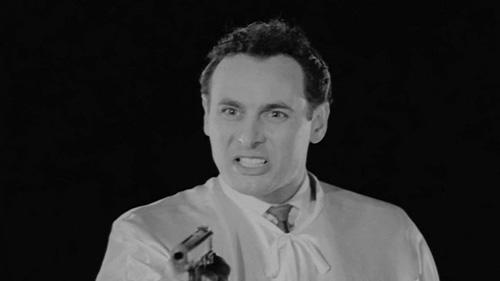 “If an American., because his skin is dark, cannot eat lunch in a restaurant open to the public, if he cannot send his children to the best public school available, if, in short, he cannot enjoy the full and free life that all of us want, then who among us would be content to have the color of his skin changed and stand in his place?”