The Bird With The Crystal Plumage/Review 2

< The Bird With The Crystal Plumage 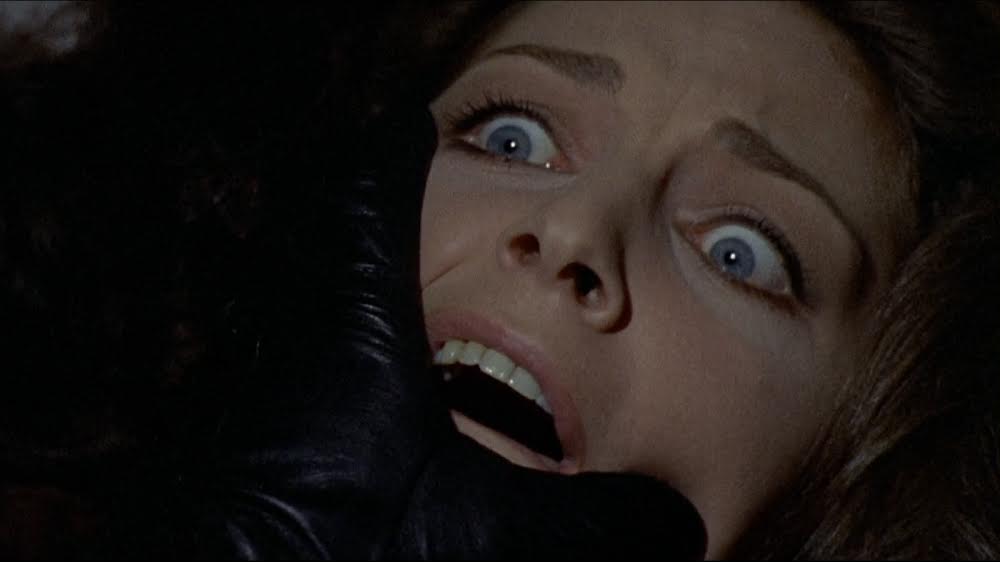 Sam Dalmas (Tony Musante) is an American writer living in Italy, who happens to stumble upon an attempted murder in an art gallery. The intended victim, Monica Raineri (Eva Renzi), only receives a flesh wound and is instantly released from the hospital, but Dalmas struggles to remember something he saw during the struggle he witnessed that could be the clue that leads him and the police to the killer (while jump-starting his writing career). The police believe it is the work of a serial killer that has already brutally murdered several girls, and Sam is somehow able to track the murders down to an art gallery where a disturbing painting (depicting a woman being stabbed by a black cloaked man in a snowy field) was sold. He is convinced the painting has something to do with the murders.

Dario Argento's directorial debut, loosely based on Fredric Brown's novel The Screaming Mimi, and his first effort writing a giallo (as a good portion of his previous writing efforts were westerns or war pictures) sets the stage for the path his career will eventually take with such polished thrillers as Deep Red (which this film is thematically similar to), Phenomena, and the critically maligned (but incredibly entertaining) Opera. Though his only trademark touches here are his sequences of violence and his hand doubling for the killer, the groundwork for his eventual style can be seen taking shape. One need only look at the opening moments of the film when Dalmas finds himself trapped between two glass partitions, unable to help the struggling Raineri (much like a theater patron who is unable assist a character that they know is going to die, despite all efforts to yell at the screen to try and talk them out of it), to see the brilliance that Argento will come to posses.

The Bird with the Crystal Plumage is certainly a more straightforward film than some of Argento's later works. There are no supernatural elements at work here (which would come into play in his Three Mother's films, Suspiria and Inferno), though the plot does contain a few twists that definitely classify this as one of his films. As with some of his other works, just when you think you know who the killer is, something happens that shifts your thinking and you also find yourself wondering just what it was that Dalmas saw that could crack this case wide open.

Though the death scenes aren't quite as graphic as they eventually become, The Bird with the Crystal Plumage does offer up a few visceral thrills. Raineri's near death experience is pretty hard to watch as she crawls along the floor bleeding and reaching out to the trapped Dalmas, who can do nothing but wait for the police to show. There is also a vicious straight razor attack in a phone booth and a woman attacked while in bed that add a gruesome punch to the proceedings.

The Bird with the Crystal Plumage has been released on DVD through VCI Home Video. The film is presented in the 2.35:1 aspect ratio and is enhanced for 16x9 televisions. I couldn't wait for this film to be released and VCI's disc is certainly not a disappointment (despite a few flaws). The upper and lower mattes of the letterboxing don't seem to cover the extraneous print areas entirely and the darkened frame lines are clearly visible while viewing in the standard letterboxed format. It's a bit distracting, but something that eventually becomes forgotten as the film delves deeper into the story.

The print itself is presented uncut and the source materials used for the transfer are nearly impeccable. There are only a few scratches and nicks here and there, but over all the film looks well preserved. Only the deleted footage that has been added back into the film contains any real problems. Mostly consisting of violence, the reinstated shots look almost as grainy and dark as the deleted footage added back into Anchor Bay's Army of Darkness Director's Cut and one of the added sequences even has a misplaced edit that interrupts the flow of the film for a brief moment. Still, the film has been released in its best presentation to date and is remarkable to behold.

The disc also contains a brand new re-mixed Dolby Surround soundtrack and sounds decent. Also included on the disc is a theatrical trailer for the film that runs a little too long and reveals too much about the film. As an added bonus for Ennio Morricone fans, his beautiful soundtrack for the film is also included on the disc as a separate sub-chapter which can be accessed from the main menu and can be set up to play all the tracks in a row or just certain selections. Fans of Argento's work should not pass this great disc up.