Nico Palmieri (Fabio Testi) is a good cop who is after a group of criminals who are working for the mafia extorting and destroying local businesses. Nico trails the criminals to a meeting being held on the outskirts of town. The leader of the organization spots Nico hiding out nearby and he sends all his minion to get rid of him. The crowd of thugs smash Nico's car windows in and then turn the car over several times until it tumbles down a hill. Theres some great camerawork as the car flips and we see Nico trapped inside tumbling over again and again. Nico winds up in the hospital with a broken arm and leg. He's still determined to fight at any cost with the help of his partner on the squad.

One of the criminals' extortion targets in town is a small restaraunt owner. They not only threaten his life they tell him they'll rape his daughter if he doesnt pay them their money. After the thugs return and the man doesnt pay, they make good on their promise, by kidnapping and raping the young girl. She later kills herself. This drives her father into madness and he vows to kill all the thugs who did his daughter wrong. 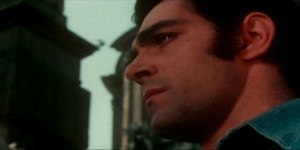 The mafia sends another large group of thugs to ransack a local market, but before they can trash the place, Nico and his boys arrive and they throw all the men in jail. Soon after, a smooth talking shyster lawyer (who represents the men) arrives on the scene and with a few words gets all the thugs out of jail in no time. Theres only one kid left in the station. Enter Pepe (Vincent Gardenia), a small time crook that Nico has known for years. After Nico finds out the kid is Pepe's son, he lets him go.

Nico gets an idea, he knows that since Pepe is a crook himself, he can get information on the mob's dirty dealings. He uses Pepe as an informant in return he promises he won't arrest him, even though Pepe is staging his own robberies at the same time. 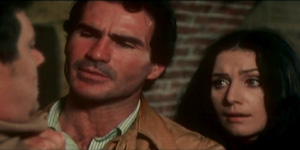 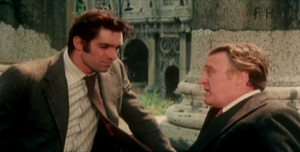 One of the mob's inside contacts is a disco club owner. The club owner does a drug deal with the mob and instead of getting money, he's attacked and nearly killed (the lone female member punches him right in the nuts!). Nico finds out about the meeting and he brings the police force with him. A big shootout ensues and the club owner is nearly killed and permanently crippled after being hit by one of the mob bosses cars.

Nico finds out from Pepe about another planned hold up at a train station and shows up early ready for action. After the robbers show up and start a scene, Nico and the police make themselves known. The bad guys come out of the woodwork and surround the cops, the bullets fly and the blood squirts. Nico gets the drop on several of the criminals but sadly his partner is killed in the melee. 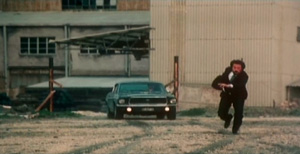 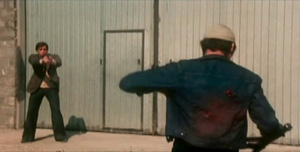 Pepe and his son stage a bank robbery and after Nico arrives on the scene with the police force, the same mafia thugs that committed the rapes and extortions incite a riot by yelling that the robbers "killed a baby" among other vile things. So now instead of just having to deal with the police, the robbers are also under attack from a vengeful public mob. Nico tries to help Pepe and his son get out unhurt, but he gets caught in the middle of the crowds attack. As a result, Pepe's son is killed and Nico is thrown off the police force.

Nico swears to find out who is the main boss running the drug and extortion rackets. He decides to bring together the last survivors of the mob's attacks to take out all the heads of the local mafia. This is where the film takes on a "Dirty Dozen" style turn as the group of psychologically broken but vengeful personalities agree to work together to take their revenge on those responsible. Nico gets the information he needs from the disco owner on where the mafia plan to hold their big meeting, which is inside a large factory. The group get their guns and TNT ready to go. The battle between Nico's vengeful misfits and the mob explodes in a bloody, bullet-ridden showdown that will have you on the edge of your seat! 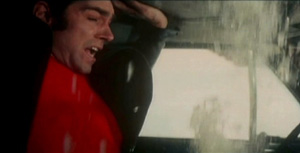 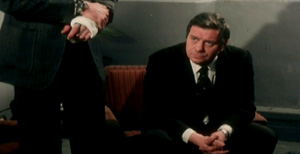 The Big Racket is a classic of the Poliziotteschi genre. I had a really great time watching the film. It has all the best attributes of a good poliziotteschi: plenty of brutal action/violence, the unique Italian charm/wit and colorful characters delivering some very funny dialogue. I loved how Enzo Castellari shot this film. Hes definitely one of the best directors from the Italian school of genre cinema! I can guarantee if you're a poliziotteschi fan, this film will deliver for you across the board. Highly recommended!