I've been a huge fan of Director Jack Hill (Pit Stop, Spider Baby) since I first saw Coffy (1973) 15 or so years ago. The Big Doll House was Jack's first real big hit for Producer Roger Corman and this was the film that sparked off a resurgence of the Women in Prison Exploitation subgenre. The plots for most WIP films are relatively simple: A group of women are thrown into some foreign prison for different crimes (often for no solid reasons) and they must deal with the cruel circumstances set up by the wardens and guards. The real thrill of these genre films weren't so much the intricate storylines, but seeing all the ultra-horny sexy girls in the shower or watching them fight! 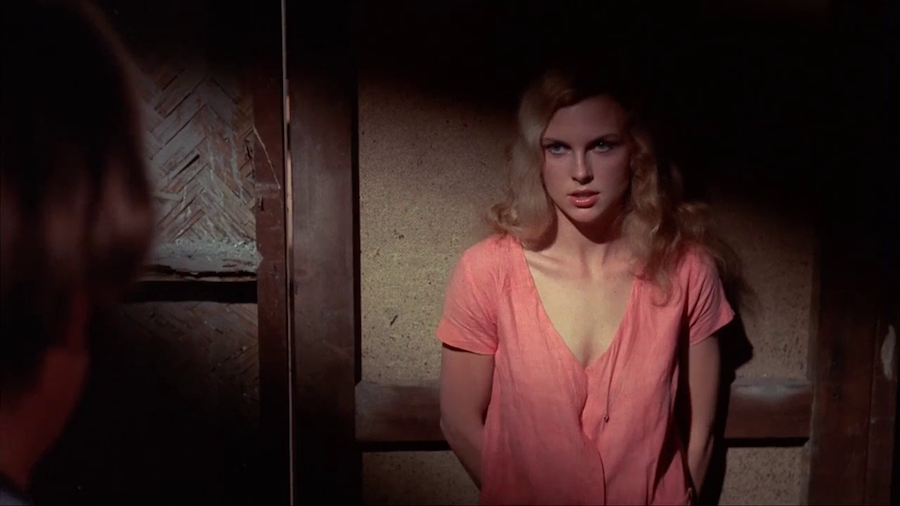 A new detainee named Collier (Judy Brown) is sent to the large foreign prison where she is placed with other inmates including Greer (Pam Grier), Alcott (Roberta Collins), Harrad (Brooke Mills) and Bodine (Pat Woodell). These women are all sexy as hell and as Collier gets to know each of them she can see its going to be rough dealing with these time hardened babes. The evil warden of the prison is Lucian (Kathryn Loder) who fans of Jack Hill will know from her equally nasty role in Foxy Brown (1974). 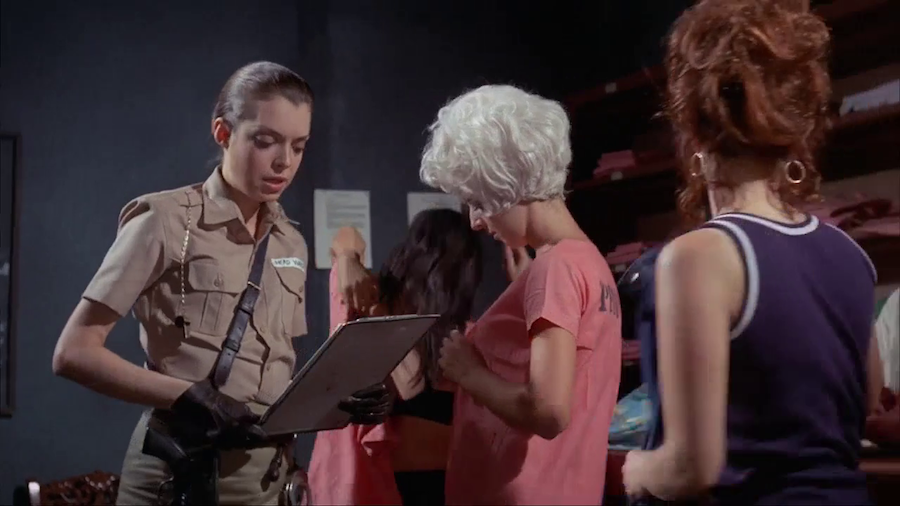 The girls get some relief when a local salesman named Harry (the great Sid Haig) comes to the prison with fresh fruits and other refreshments. Harry is especially attracted to Greer and throughout the film they have some very steamy scenes together. 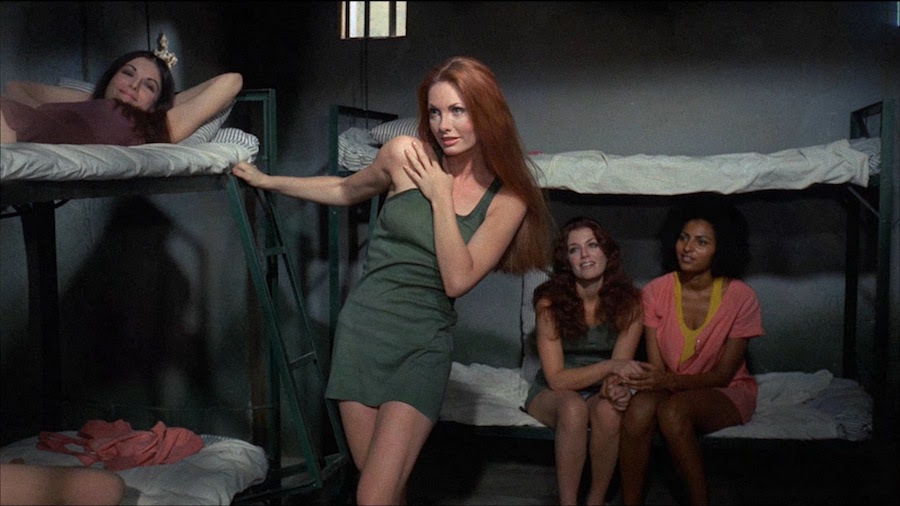 Harrad is a junkie and in one scene after shooting smack, she does a tantalizing dance in blissful ecstasy as the other women watch on. Bodine's boyfriend is a guerilla fighter and he manages to send her a note, but when Lucian finds out that the note was unauthorized, Bodine is tortured as a mysterious voyeur watches on. Bodine is very tough but she is nearly killed for the mere purpose of this masked person's pleasure. She's then thrown back into her jail cell half dead. 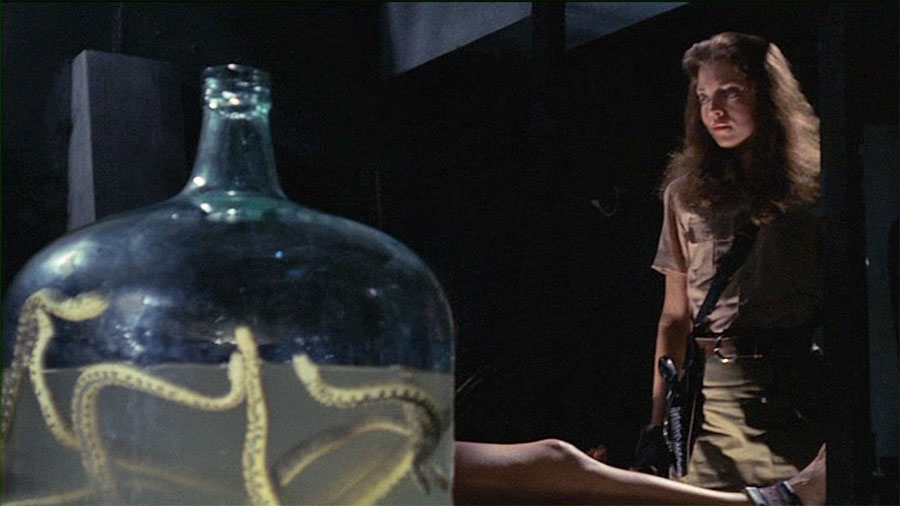 Meanwhile, Harry has a new partner helping him with deliveries to the prison. While walking through the complex, the new guy spies on Alcott taking a shower and as she sees him, she gets an idea. When he drops off some supplies to a backroom, Alcott is waiting and she holds a knife to his throat and tells him to "get it up or I'll cut it off!" This is a very funny scene as the guy pleads with her to put the knife away because "he can't concentrate". The two finally get a-humping, but are rudely interrupted by Lucian, who lets the guy go, but then tortures Alcott down in the dungeon while the mysterious watcher sits nearby. 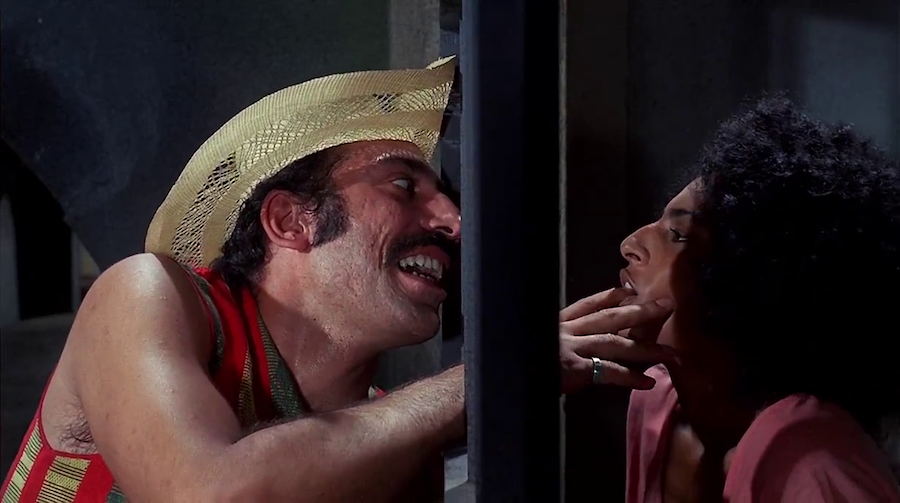 The Big Doll House is full of Exploitation thrills including mudfights, food fights, S&M torturings including snakes and much more. The explosive climax of the film goes into overdrive as the women plan a breakout and uncover who the mysterious person behind the S & M sessions really is. The film was shot in the steamy Philippines and was co-produced by Eddie Romero, who was a popular producer-director known for his Blood Island films 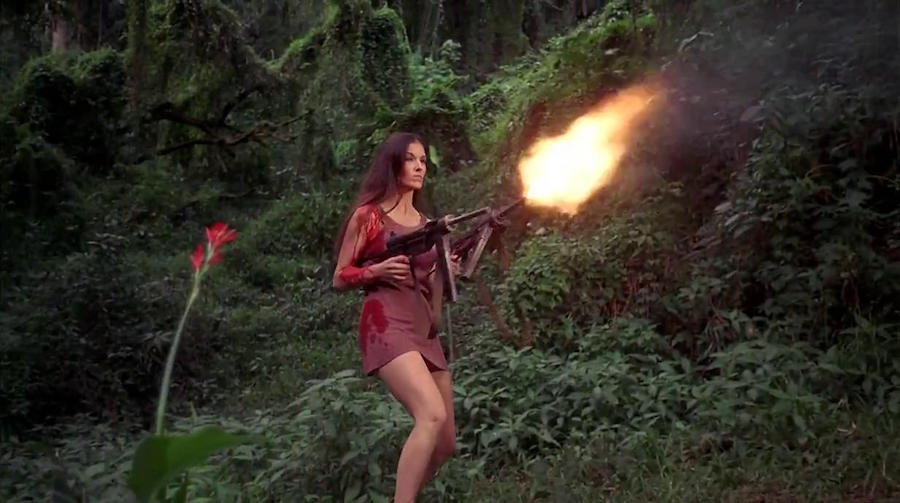 The Big Doll House is an essential title to own for fans of Jack Hill and the WIP subgenre. This was the first film that introduced us the beautiful Pam Grier!! Director Jack Hill did an amazing job with a very low budget and created an exciting, sexualized action-adventure film starring some of the 70s most beautiful babes. If you love Grindhouse classics don't miss it!