An aristocratic family who live in the french countryside have seen better days. An attempt is taken by the Marquis Pierre de l'Esperance (Guy Tréjan) to revitalize things when an American heir, and friend of his, has died. Pierre then proposes that his shy, and perhaps slightly-demented, son, Mathurin (Pierre Benedetti) should marry the American's daughter. This is against the wishes of Pierre's uncle (Marcel Dalio) fearing that terrible things will happen. But after enough persuasion (Including some blackmail), the marriage has been set.

Bride-to-be, Lucy Broadhurst (Lisbeth Hummel) soon arrives and is taken by the curious atmosphere of the family's chateaux as well as some puzzling artwork of bestiality. But what most grabs her attention is the corset of the family's grandmother from the 18th century. A scripture beside features the drawing of a beast with a an ennormous penis and written nearby is "I met and fought him". The uncle gleefully dismisses this as legend. But in actuality, something very peculiar and forbidden has happened to the bloodline of the l'Esperance family. 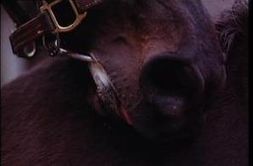 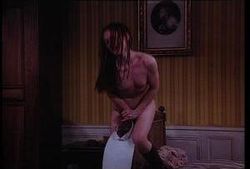 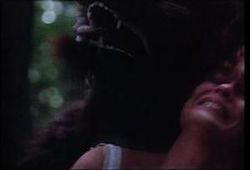 Walerian Borowczyk's THE BEAST appears to have been the victim of unwarranted ridicule. Just because it's another one of those films that was "Banned-here-and-there" along with that catch-worthy, signature image of a naked female appearing to be sexually attacked by a monstrous beast, the film is often dismissed as sick or sleazy garbage and sent to live in infamy in underground cinema. When in fact, the movie is many things. It's a comedy. Just check out the scenes of Pierre and his uncle trying to prove which of the two are more twisted. Or from the family servant's frequent interrupted "interactions" with Pierre's daughter, or to the uncle constantly being refused Vatican service via telephone just because of the family's shady history. It's a love story. When Mathurin greets Lucy with a rose, the rose given later becomes an object that re-awakens a lust-filled dream when two unlikely lovers ended up finding fulfillment. Enough so that one of them ended up immediately dying of sheer happiness and enjoyment. It's open to interpretation. From the opening scenes, we see Mathurin observing his horses mating. The scenes are graphic, and one could say "sick and disturbing". Yet, later we see a ficticous beast having sex with a woman which is just as graphic. Is this percieved to be as "sick and disturbing" as the genuine horse-mating? Where exactly does the taboo boundary cross? It's examples like this which proves how mulitdimensional a film can often get. And even to be found in the most unlikeliest places.