Two half brothers, Jason (Giuliano Gemma) and Adam (Klaus Kinski) are small time criminals in the New Mexico area. Their mother is Martha played by the legendary Rita Hayworth (you can probably already tell that this is one strange set up for a crime movie!) When we first meet Jason he's pulled a jewelry heist with two other guys. They get chased by the cops and end up crashing on a side road. The policemen order all the men out of their car and they proceed to shoot two of them but they let Jason live. They try to grab the diamonds out of the car, but Jason has chained the case to the floor. He pulls out his gun and takes out both cops. Then he throws them in the getaway car with his dead partners and rolls it off a cliff. Nice! He fixes up the police car (which was a fake), by removing the police logo sticker, the red/blue lights and the license plate. It turns out that the cops were hired by Jason's half brother Adam to steal back the diamonds Jason stole for him. What Adam didn't know was that Jason was ready for it and planned to keep the jewels for himself. Jason is in love with a beauty named Karen (Margaret Lee). The two make love and things seem to be great on the surface. We meet Jason and Adam's mother, Martha who only seems to like one thing: whiskey! After arriving at Adam's penthouse, Jason promises to get a few cases of booze for her birthday. The scenes with Hayworth, Gemma and Kinski are pretty funny. The three of them cast as a happy American family living in New Mexico seems very bizzare, especially if you know the actors. Adam puts on the front he's the doting older brother looking out for his "baby brother" but it turns out that Adam doesn't love his little bro as much as we are lead to believe. In fact, he doesnt care about anything except being rich. 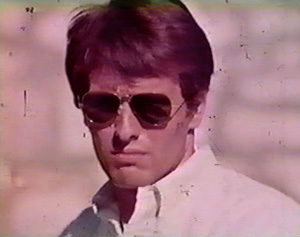 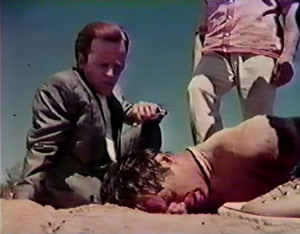 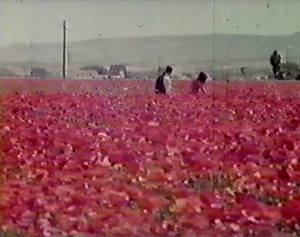 One day while Jason and Karen are together in the woods, Adam and his thugs show up. Adam wants the jewels and he has his men torture Jason. Not only do they beat Jason up, Adam begins hitting on Karen and gets ready to rape her until Jason gives up the location of the jewels. Karen then lets Jason know that she hasnt been honest with him either. Turns out she's Adam's play toy on the side. Jason, now mentally and physically tortured is given a shot of some drug and left alone to die. He wakes up on a small ranch where he meets Barbara (Claudine Auger) who has rescued him. Jason rests and gets better, but he's still in love with Karen and wants to get back at Adam for all the hurt he's caused. His mission is to make enough money so he can rescue Karen from Adam and take off. But first he's got to get a stake, which means another heist job...

This film definitely doesn't end in a conventional sense. I was expecting some kind of shootout between Jason and Adam, but thats not exactly what happens. Duccio Tessari's The Bastard isn't a spectacular crime film, but it is entertaining.