The Barn of The Naked Dead/Review

< The Barn of The Naked Dead

Three pretty young women—Simone (Manuela Thiess), Sheri (Sherry Alberoni), and Corrine (Jyl Roland), are on their way to Las Vegas when their car breaks down along a deserted highway. A pleasant and “interesting” young man named Andre (Andrew Prine) offers them a rescue: a free ride to his house where they can phone for help, get cleaned up and have a bite to eat. But who is this young man—and why does he live so far away from everything? 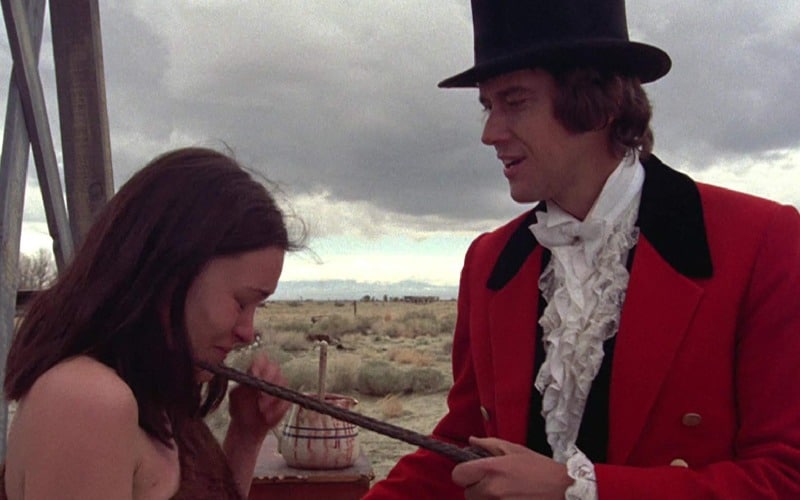 Andre’s dilapidated barn supplies the awful answer: it’s filled with shackled whimpering, underfed women. Some are blonde, some are brunette, but all are young, frightened and being held against their will. They’ve been kidnapped and are now unwilling participants in circus routines (rehearsals really) that Andre stages with elaborate, demented, fanfare. 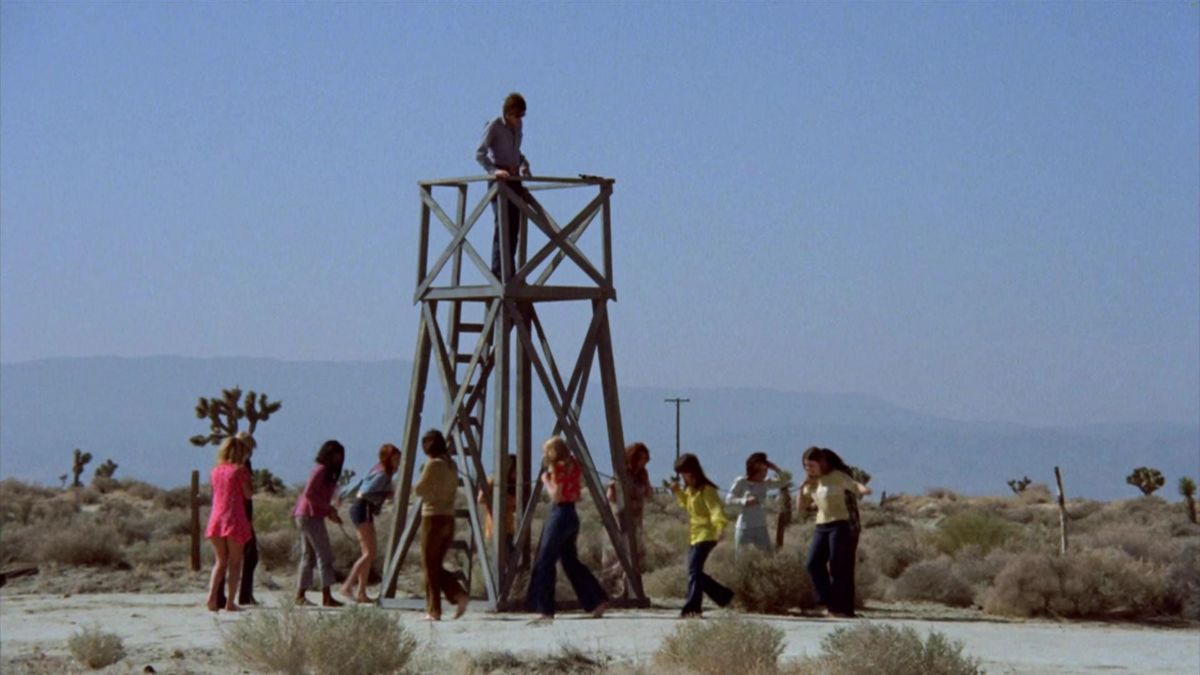 Writer/Director Alan Rudolph delivers the goods in this unflashy, downbeat abduction film with a nuclear warning sub plot (Andre’s dad is a limping, moaning creature whose proximity to nuclear tests have left him deformed, ravenous and eager to kill). 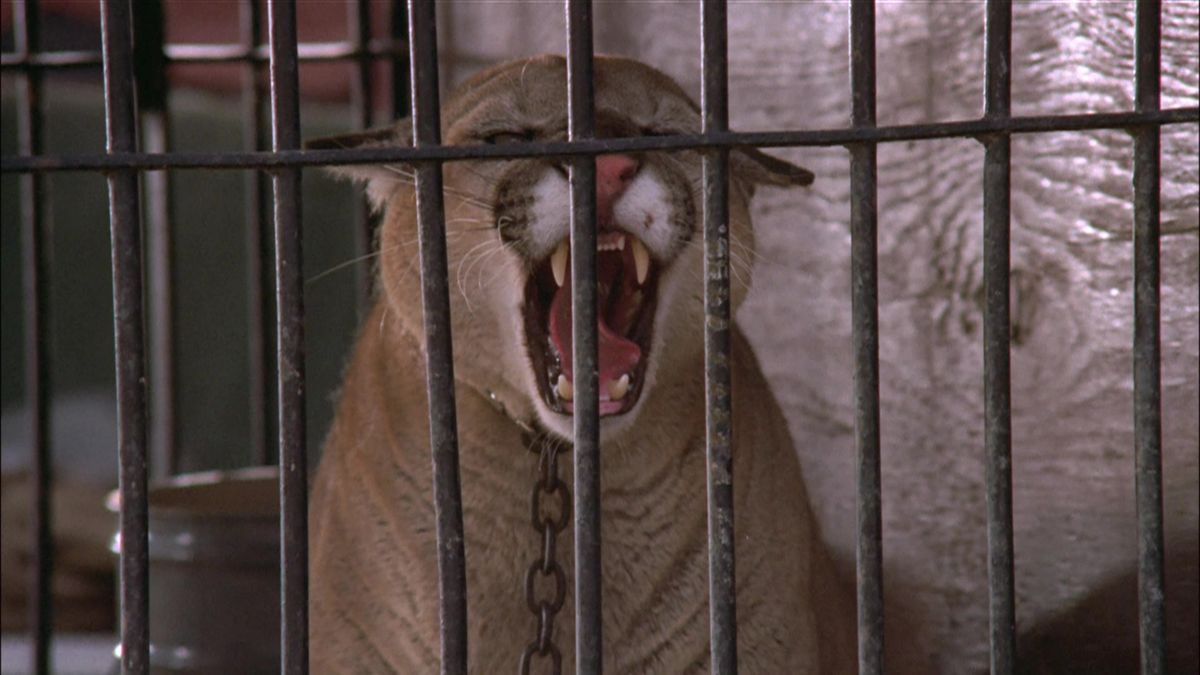 Will our girls escape? Will Andre and his mutant father be discovered? Nudity, degradation, and public beatings are a part of this story. So is a mother fixation: flashbacks that reveal a young Andre longing to punish the “evil” mother that abandoned him.

Andre in his full ringmaster regalia—top hat, boots and tails, is seen much too briefly, but Terror Circus is pervasive and creepy: worth a sideshow peek.