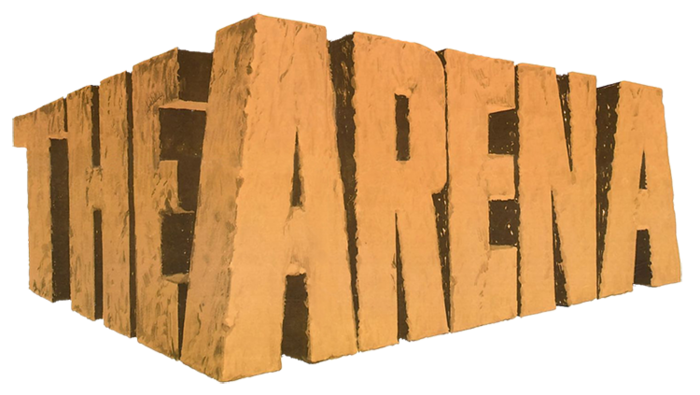 Boobs.  Gotta love 'em.  Created by God and handed down from on high so straight men the world over would have something to think about when they're forced to watch chick flicks or find themselves waiting for the new footy season to start (that's soccer for all you American readers out there).  Yup, there's a lot to be said for boobs and if that's your bag, and let's face it it probably is, then this movie will be right up your alley.  There's more Bristols in this film than you can shake a stick at, though I wouldn't suggest you shake anything at this movie, especially if you're watching it in public.

The movie starts with The Roman Empire, all 10 of them as they were on a budget, doing Roman Empire type things like conquering lands and taking attractive woman in various states of undress as slaves.  Sold at market to the local Gladiator School these woman are subjected to regular stripping, occasional rape and being forced to sleep with the Gladiators on the evenings before the big games in Rome. Unfortunately two of the woman, Bodicia (played by Margaret Markov) and Mamawi (played by the foxy-as-hell Pam Grier) get close to the two Gladiators who have chosen them and when they are both killed the next day in combat and one of their fellow slaves makes a wise crack about it, Mamawi decides to slice her in two. This leads to a hell of a rumble that ends up with everyone getting slapped about by everyone else and the master of the school figuring that a load of woman trying to kill each other might just be what his jaded crowd need. 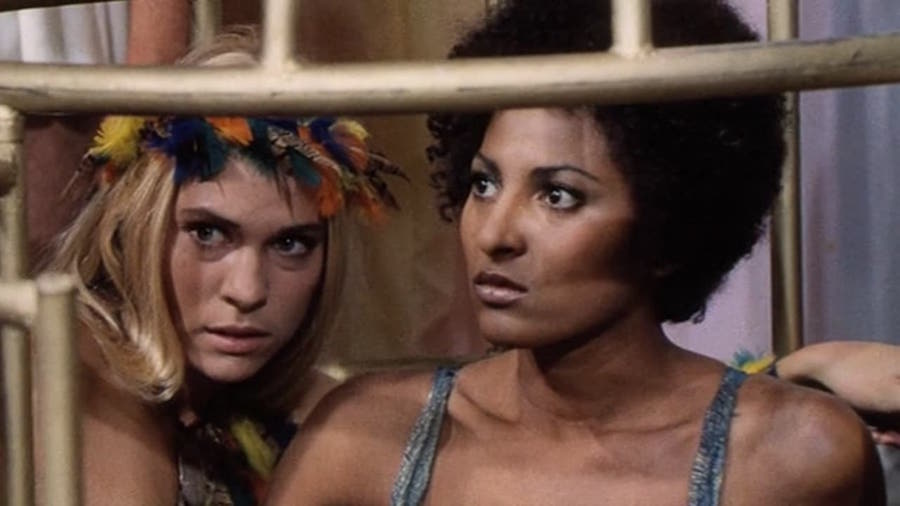 From here on out it is survival of the fittest as the woman are thrown into the ring to fight to the death, eventually realizing that the only way they're ever going to get out of this situation is to stop killing each other and work together.   Considering how many films in this type of genre that I watch (trust me,it's a fair whack) I always have a slight problem with the amount of nudity that can sometimes be on show.  Yes I know, it's meant to be gratuitous and that it was a big selling point when these films were first released but it's always made me a little bit uncomfortable.  This movie is no exception.  For the first 25 minutes it's almost a battle to keep the clothes on the woman involved but if that's your bag then you won't be disappointed.  Hell, a naked Pam Grier is worth price on admission alone, right?  When Steve Carter finally gets all the nudity out of his system what you're left with is quite a good little movie about how a group of woman from differing backgrounds of class and race eventually put their differences aside to take on the might of The Roman Empire and whoop it's ass.  A story of sisterhood under pressure if you will.

It's obvious that, at the time, this movie was supposed to be a vehicle for Margaret Markov.  Whether this was because Roger Corman saw something in her that led him to believe she was going to be a star or whether it was because during the making of the film she started dating co-producer Mark Damon and he demanded re-writes, we'll never truly know.  But at the end of the day it doesn't matter one bit.  Pam Grier steals the fucking show.  At this point in her career Pam Grier had already stared in The Big Doll House, Scream Blacula Scream and Coffy to name just three and she was only just getting warmed up. Whereas Margaret Markov would only go on to appear in one more film after this, There Is No 13. Pam Grier would go on to be...well...Pam Grier.  From the get go Mamawi is everything you'd expect her to be, strong-willed, badass and sexy as hell. The only difference between this character and any other Miss Grier portrayed is that instead of blowing your head off with a shotgun, she's gutting you with a trident spear.   And that, quite frankly, is as good enough a reason to watch this movie as any I can think of.  25 minutes of flesh followed by 55 minutes of Pam Grier kicking ass.  Not a bad way to spend a little time.  Not a bad way at all.

Neil Gray is a writer from the UK. The story goes that he was invented in a laboratory experiment that went horribly wrong and has spent years devouring every movie form and film genre that was foolish enough to pass his way until he is now nothing more than a hideous monstrosity, more celluloid than man.
Retrieved from "https://www.grindhousedatabase.com/index.php?title=The_Arena/Review&oldid=167087"
Category: