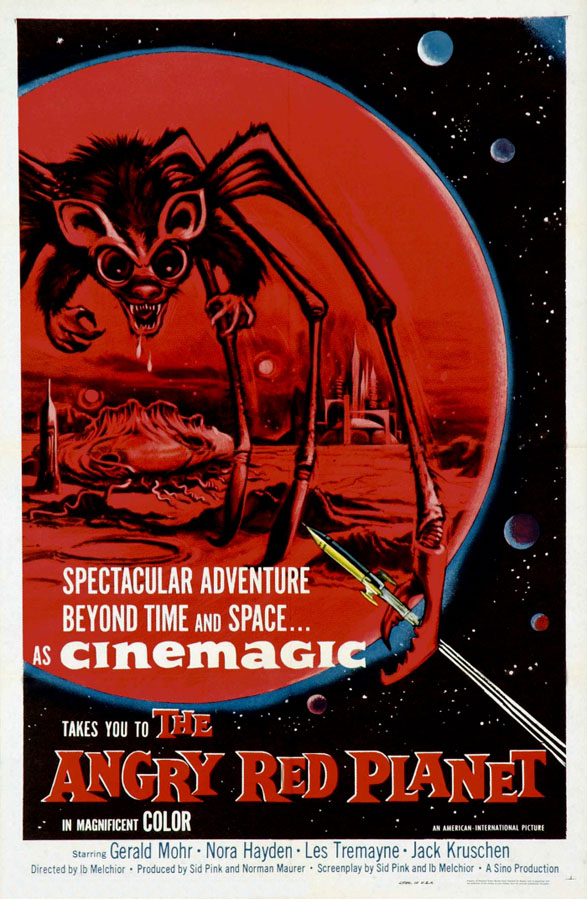 The Angry Red Planet (aka Invasion of Mars and Journey to Planet Four) is a 1959 science fiction film starring Gerald Mohr and directed by Ib Melchior. The director was given only 10 days to shoot the movie and a budget of $200,000 with which to make it. The movie was made with a CineMagic technique which was applied for all of the scenes on the surface of Mars. This was an attempt to make the hand drawn animations appear as real as the live action footage. Although this process was largely unsuccessful producer Norman Maurer would attempt the same technique again in The Three Stooges in Orbit.