The Ambushers (1967, USA) is a Spy-Comedy film in the Matt Helm series directed by Henry Levin. It is a sequel to Murderer's Row and The Silencers and followed by The Wrecking Crew. 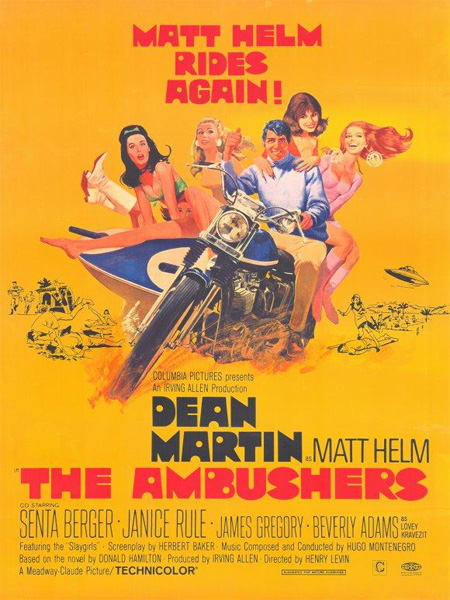 The Ambushers is a 1967 spy comedy film filmed in Acapulco starring Dean Martin, Senta Berger and Janice Rule. It is loosely based upon the novel of the same name by Donald Hamilton as well as The Menacers that featured UFOs and a Mexican setting. It followed The Silencers and Murderers' Row and like those earlier films followed the approach of being a spoof of the James Bond film series rather than a straight adaptation of Hamilton's novel. It was followed by one more, The Wrecking Crew in 1969. (Wikipedia)