Writer-Director Larry Cohen is a special breed. You'll find a lot of his work wildly entertaining (from a homicidal mutant baby in IT'S ALIVE! to a mythical Aztec dragon-like god terrorizing modern day New York City in Q: THE WINGED SERPENT), but it's unique in that the drama is never lessened given such excitable material. 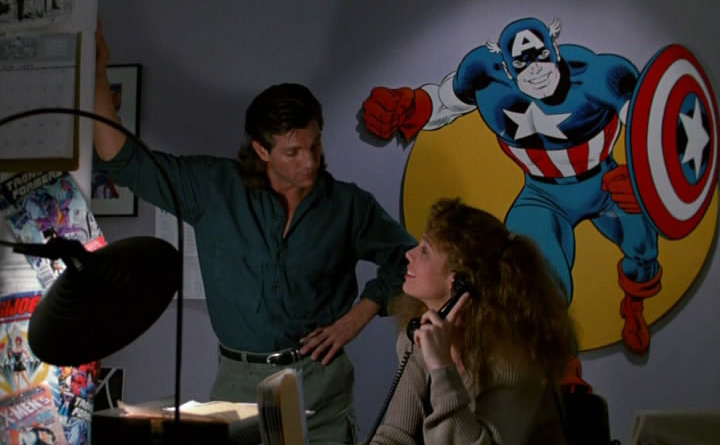 I hesitate to use the word 'realism,' but there is a sensibility to his work which makes his films standout in the genre. His early years spent as a television writer no doubt attest to his abilities as a storyteller and this is probably why is his films, no matter how unusual the premise, work so well and sometimes garner standout performances from his actors.

THE AMBULANCE, a title simple enough to have warranted my attention, is a hilariously entertaining thriller about a Marvel comics illustrator named Josh (played wonderfully by Eric Roberts) who loses a pretty girl after an ambulance picks her up. Soon thereafter, other people he meets disappear in the same mysterious ambulance. We follow Josh around NYC as he struggles to convince the police and anyone for that matter of this sinister plot, which he himself cannot even explain. 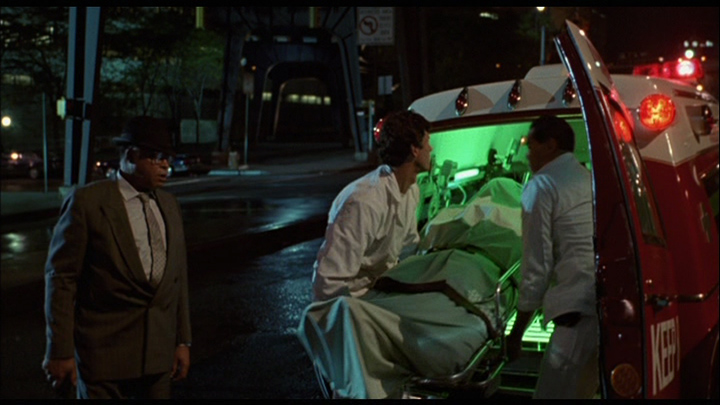 Eric Roberts, less we forget, is an Academy Award nominee and three time Golden Globe nominated actor - even with this mullet. He's nothing short of amazing in this film, but not in the aforementioned capacity. He starts sweet and weird and grows more hilarious as he becomes more and more frustrated with the antagonizing events of the plot. He is 100% in character and never stops being amusing no matter the circumstances of the scene.

Which brings me to the point of pacing and structure, which this movie has in spades. It never gets boring and in fact grows more entertaining until the end - exactly what a movie should be. Along the way we're treated to banter with a (maybe) slightly insane Lt. Spencer (James Earl Jones) and a (most definitely) insane journalist (Red Buttons) - all of whom play off of Eric Roberts' annoyance and ever bruising face. Buttons is his typical comedic self, but Jones is quite unusually funny here and quite possibly stole the movie for me with a 'chewing' bit. 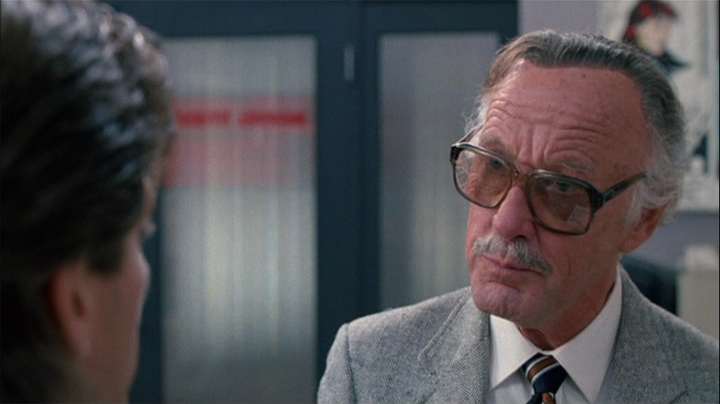 Even on a visual level, Cohen nails it. Obviously a native New Yorker, we're treated to real locations all around the city and these set pieces work appropriately with the mystery of the plot as we travel everywhere from a city tour horse-and-buggie warehouse, through a subterranean sewer chase, gang fist fights in a junkyard, and even Marvel comics HQ (with Stan Lee himself). There's a night club scene in the third act that I personally found so satisfying that I will not even discuss it here for fear of spoiling a first-time viewer's experience.

Did I mention the stunt work? Wow. Although it isn't quite a 1970s gear head style stunt-fest of insanity, you do see a lot of real people getting hit by real cars which may or may not arguably warrant this flick's entry into the carsploitation subgenre. Old tricks are the best tricks and they never cease to add so much entertainment value to a movie. The stunts are just one more level of professionalism and entertainment that keeps this train moving. I honestly was thrilled watching this movie and cannot recommend it enough. Larry Cohen's work is so entertaining at face value and so satisfying at a structural level of the medium, that he always delivers and I am repeatedly never disappointed - even with THE STUFF (1985).