The Ambulance (1990, USA) is a Crime-Thriller film directed by Larry Cohen.

Synopsis: When comic book artist Josh (Eric Roberts) meets Cheryl (Janine Turner), he immediately falls for her -- unfortunately, she immediately takes a fall as well, collapsing in the street. It turns out Cheryl is diabetic, so Josh calls for an ambulance and promises to meet her at the hospital. When he arrives, however, the hospital has no record of Cheryl. Josh looks for help, even going to a police lieutenant (James Earl Jones), but nobody believes his story, so he must find the ambulance himself. 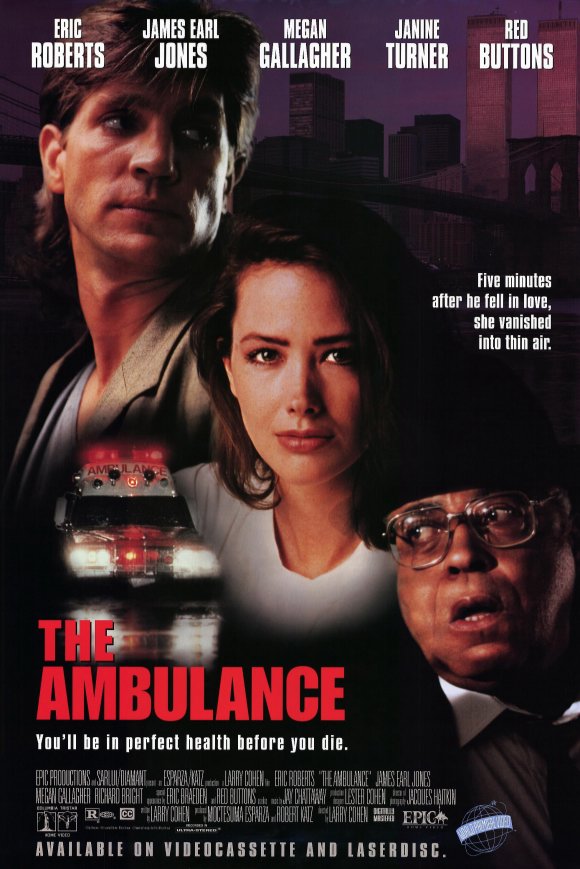