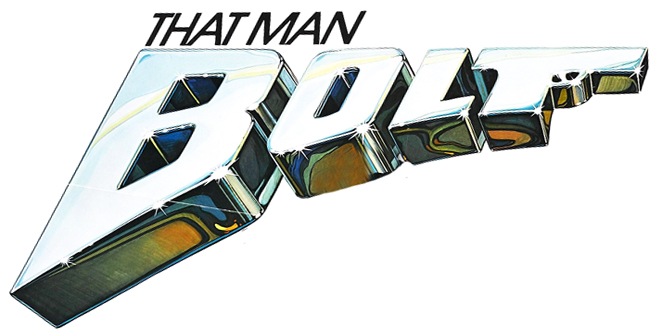 In the Asian city of Macao, we meet the main man of the story: Jefferson Bolt (Fred "The Hammer" Williamson) is his name and being a professional courier is his game. Our man Bolt has been being held in Macao for some unknown reason, but we are quickly brought up to speed on the whys, when a British man comes to see Bolt in the jail. Bolt practices his Kung Fu moves as the man tells him that they needed to capture him because he has a new job he is going to do. For Bolt, this isnt out of the ordinary, we can see he is always 100% calm and cool about what happens around him. 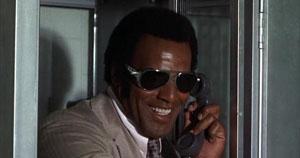 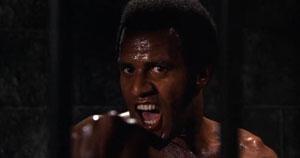 When Bolt returns to his hotel in Hong Kong, another British man named Griffiths (Byron Webster) whos very chubby and very proper explains to him what he is being hired to do. Bolt decides to take a shower while Griffiths explains the details. Bolt listens to him and when Griffiths pulls out a gun to show him this job isnt a request but an order, Bolt gets the idea. Bolt has to travel to Mexico City with a briefcase full of cash or he will be sent to prison on false charges. Well, Bolt isnt stupid, he accepts the order and picks up the briefcase at the bank and flies back to the US. The main man behind this deal is the mysterious *Mr Kumada (Satishi Makamura), he gives the order. On the courier mission, Bolt's first stop is Los Angeles.

When Bolt arrives in LA, he decides to check up on the people behiond this little "job". In LAX Airport, Bolt is summoned to the front desk, but before he gets there, he hangs back in a telephone booth and uses his secret agent "binocular shades", very cool James Bond-ian touch there. Bolt sees the man waiting for him and decides to head to the bathroom. When Bolt tuirns around, three men are there and they arent there to use the urinals. When they tell Bolt they want the briefcase, Bolt doesnt ask questions, he just KICKS THEIR ASSES! Bolt lays some kung fu on them and pretty soon theyre down for the count. As an added touch, Bolt flushes the toilet one of the thugs "fell into" headfirst. Bolt doesnt mess around! 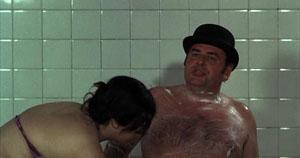 Bolt decides to take the same car, the thug was using to drive into see a friend. When Bolt arrives at the parking garge, he sees an old friend, but suddenly another car turns on its lights and guns it at Bolt and his valet friend. Bolt quickly hops in his car and burns out across the parking lot onto the highway. A very crazy car chase takes place through LA as Bolt tries to lose the unknown killers who are trying to catch him. Bolt nearly gets killed when he heads for a large truck, only the car is too big and the whole top of it gets cut right off. A stunt thats been used many many times in Action films over the years. As the killers' lose control and crash, Bolt smoothly makes his getaway in his new customized convertible. The first thing Bolt does is pull into a Used Car Dealership, take out some of his new money and flashes it at the car salesman, whos stunned by the state of Bolts previous car.

Bolt then travels to Las Vegas to get the word on just what kind of money hes carrying. When Bolt arrives at Las Vegas he sees his old friend Connie Mellis (Jack Ging) whos working for the company that Bolt is being tailed by, only Connie doesnt know what they want with Bolt. We can see Connie is a good friend of Bolts. Connie has a countefeit money detector who works in the Casino's count room, when the man checks out Bolts cache of cash, he can see it is in fact counterfeit, albeit the best counterfeit money prints hes ever seen. Now that Bolt knows this, he decides he needs to hide it in his hotel room for the time being. Bolt then goes down to the lounge where his old girlfriend is performing. Her name is Samantha Nightingale (Get Christy Love's Theresa Graves). Sam is singing the 70s Tom Jones hit "She's a Lady" and she has a great voice. As she sings, the audience is feeling it, and just enjoying the show. When the song is over and she sees Bolt, she begins to sing a soft love song and we can see without any exchange, that her and Bolt are very close friends just by their glances at one another. When the song is over, Sam and Bolt finally get to talk and pretty quickly they decide to go upstairs to be alone. Bolt opens up his hotel room door and his entire room has been trashed. Looks like those thugs are still looking for him and the money. Bolt doesnt even blink, hes in the bed with Sam in a flash and tends to more important business. One of the men who jumped Bolt in LAX is DeVargas (Vassili Lambrinos) the main killer whos out to get Bolt and the money. DeVargas shows up at the casino and kills the security guard that Connie posted outside Bolts door for safety. Devargas walks in on Bolt and Samantha and opens fire on them, he misses Bolt and kills Samantha. After shooting Bolts reflection, but not him a mirror shatters into pieces, Like a bolt of lightning, Bolt picks up a shard of glass and throws it at DeVargas, nailing him right in the chest. Bolt cant believe it, his beautiful Sam is dead. As the shock hits him, he closes her open eyes and cradles her in his arms. 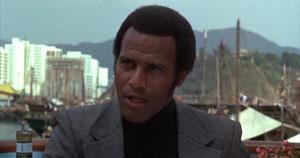 Bolt decides to get revenge for Sam and he finds out that his main target, Mr. Kumada is in Hong Kong. When Bolt arrives back in Hong Kong, he can see that Mr Kumada has goons out to get him and the money. Bolt plays a game of hide and seek with them through the airport, Bolt hops on the airport's luggage conveyer belt to avoid the thugs out to get him. Pretty soon, Bolt gets captured and hes being shown the alternative uses of acupuncture. As the Chinese acupunturist pokes and prods him on his body, Bolt groans and grunts from the intense pain being inflicted. It doesnt take Bolt long before he gets tired of this torture. As only an Exploitation hero could, Bolt breaks out of the thick leather straps holding him down and Kung Fu kicks his captors. Bolt takes off and fights against the thugs who want to take him out. When Bolt realizes hes in a warehouse full of fireworks, he lights some matches and the entire place goes up like a Xmas tree.

Bolt gets the word from the fat English snob Griffiths that he must meet Mr Kumada and give the briefcase to him, but Bolt decides to wait for the right time. He wants his revenge for Samantha now, and while the phony money may be what Kumada wants from him, Bolt doesnt care at all about that. Griffiths explains to Bolt that Kumada is holding a Chinese New Years party at his mansion and that Bolt needs to go to meet him. He also tells Bolt about Kumada's mistress and that Kumada is a very jealous man. At the party, we see that Bolt has a history with one of the Kung Fu masters. During a Kung Fu ceremony, the old master explains to the guests that Jefferson Bolt used to be his #1 student. Now he has a new #1 student named Spider. Meanwhile, Bolt has focused his attention elsewhere, like on Kumada's beautiful mistress, Dominique Kuan (Miko Miyama).Soon after they meet for the first time, Bolt and Dominique hook up and they make love after the party. After Bolt leaves, Kumada finds Dominique lying in bed, with lip stick scribbled on her back. The note is from Bolt, it is written in Chinese and it reads: Happy New Year! Kumada flips out and beats Dominique. 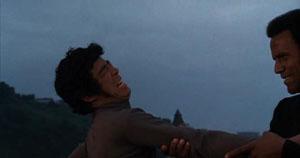 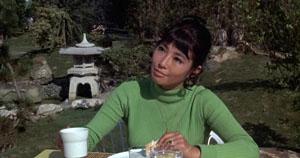 Back at Bolts hotel room, a new assassin has been sent to get him. These guys arent very good, they are hiding in the closet, Bolt can see the door opening and closing. Bolt kills the closet hider when the other goon hiding out shoots through the door missing Bolt again and hitting his partner. Bolt walks out onto the balcony where he sees another assassin, its Spider. Bolt detects him before he can get his chance. Spider tosses a throwing star at Bolt, but misses him completely. What an amateur! Bolt tells him: Another time, another place.

Bolt and Griffiths talk about just what Kumada is into for his business. Griffiths explains that Kumada owns an island that houses a large amount of toxic gasses and liquids for making weapons. He also explains that the counterfeit money Bolt was carrying was from Kumada's illegal businesses across Asia like prostitution, drugs etc. Bolt gets an idea. He will hit Kumada once again. This time on the island. He will destroy all of Kumada's processing facilities on the island, blowing it sky high and leaving Kumada broke. Bolt takes a nightime trip on boat to the island and begins his rampage of destruction. He hits every tank all the while dodging the guards who are working for Kumada.

When Bolt finishes dodging bullets, he takes his boat back to Kumada's mansion where he is met by Spider. In a Kung Fu fight to the death, Bolt and Spider face off, until Spider is accidentally killed by a statues sword that impales him. Kumada has his own plans for Mr Bolt, as Kumada aims his gun at Bolt, Dominique saves Bolt by shooting Kumada. Bolt is suprised but angry because "he had him!". Dominique is taken away by Griffiths' men and Bolt is finally out of danger. Bolt is on the move again, but first he has a little package to get at a storage shop in Hong Kong. We see that the old briefcase full of Kumada's counterfeit money is still around after all and Bolt now has it all to himself....that man Bolt, ya never can second guess him.