Tenement (1985, USA) is a Crime film directed by Roberta Findlay. 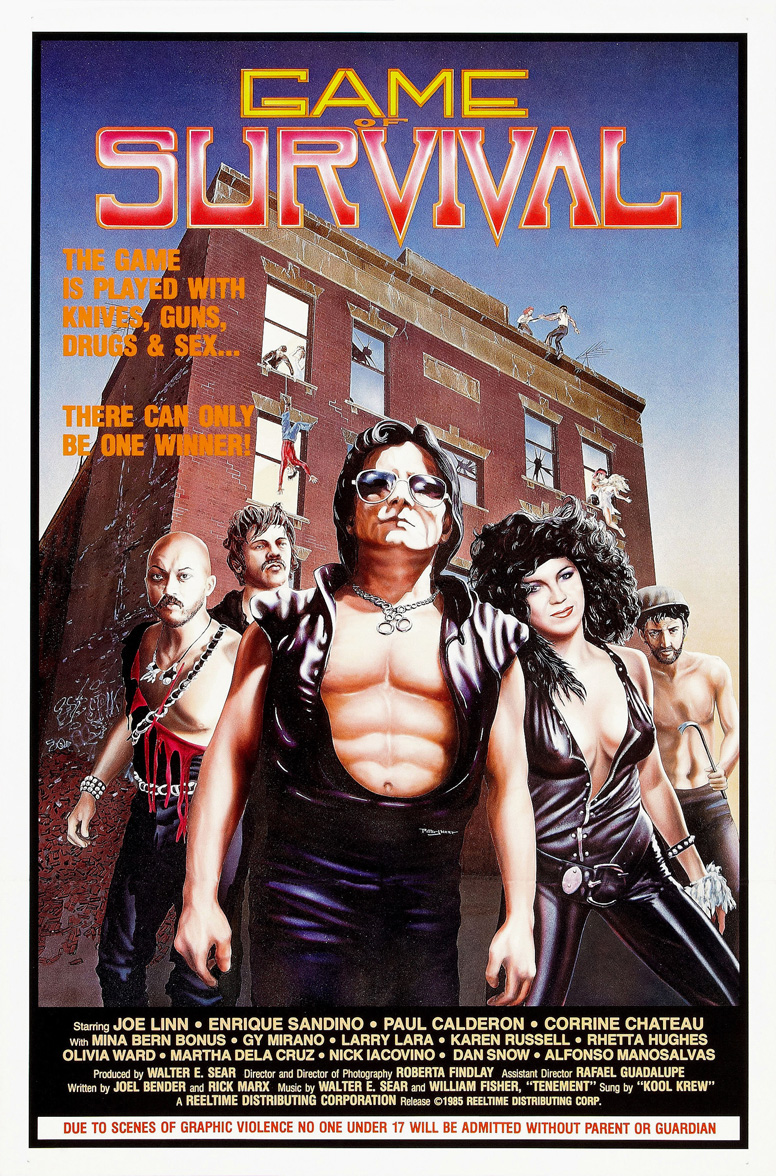 A vicious multi-ethnic street gang has moved into the basement of a crumbling apartment block in one of the more dangerous neighborhoods in the Bronx. The squatters routinely abuse drugs, fight one another and kill rats for sport until the building's superintendent decides to call the police and the criminals are rounded up and arrested. The residents -- ranging from elderly couples and single parents to bohemians struggling to make ends meet -- are overjoyed until the police are forced to release the gang later the same day due to a lack of evidence. The gang returns to the tenement to get revenge on the people who informed on them, forcing the peaceful tenants to respond with violence in order to protect their homes and loved ones. (Rotten Tomatoes)