Taste The Blood of Dracula/Review

< Taste The Blood of Dracula

Strained negotiations between actor Christopher Lee and Hammer Films regarding his on-going involvement in the studios phenomenally profitable Dracula franchise came to a head in 1969 when Hammer boss James Carreras refused Lee’s request for a pay rise. In a move they would repeat a year later when temporarily trading Peter Cushing for Ralph Bates in The Horror of Frankenstein Hammer hatched a plan to replace their iconic star with a younger, and (no offence to Bates) presumably cheaper, model. US co-producers Warner Bros were insistent however that Lee be persuaded back to greater increase the chance of repeating the box office success of 1968’s Dracula Has Risen From the Grave. Although an agreement was finally reached which resulted in both Bates and Lee in the cast the finished film Taste The Blood of Dracula shows tell-tale signs of having been written without Dracula in mind. 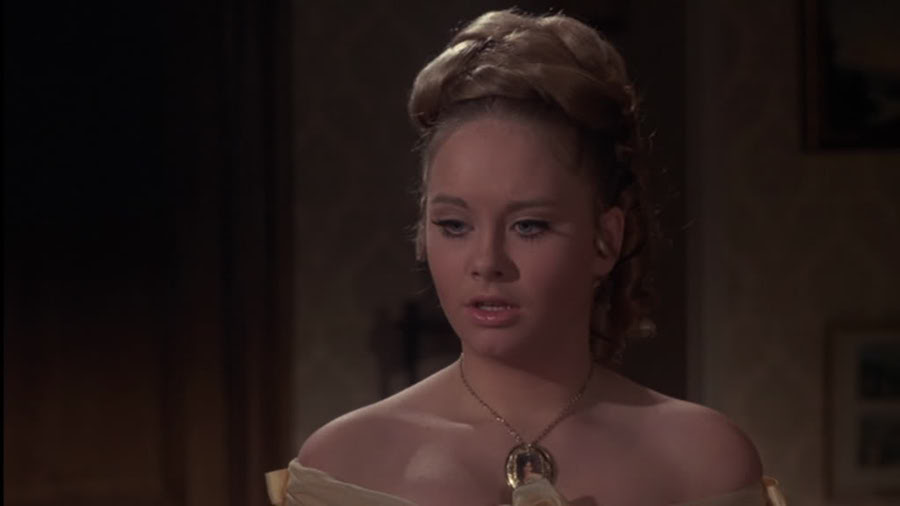 Hargood, Paxton and Secker are 3 wealthy and respectable English gentlemen who spend Sunday mornings in church and Sunday evenings in an east end London bordello. Their wives are led to believe that they are undertaking philanthropic ‘charity work’ in the big city but I’m sure you can imagine what kind of ‘donations’ these chaps have in mind. In the intoxicated company of several frilly-knickered prostitutes they are watching a busty young lady in a green wig dance with a python when in barges ‘impudent rascal’, and general De Sade wannabe, Count Courtley who grabs a girl off Hargood’s lap and whisks her away for his own entertainment. Apparently the young Count has been disinherited by his ashamed father having been caught performing a black mass in the family chapel. 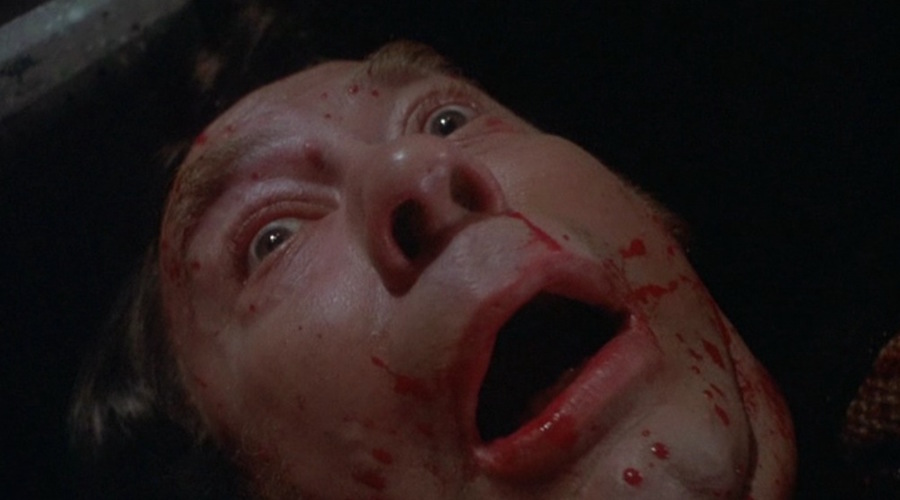 Intrigued by the decadent Count Hargood invites Courtley to ‘supper’ with him and his thrill-seeking colleagues and the younger man suggests that they might get a kick out of selling their souls to the devil! He persuades them to purchase a vial containing the powdered blood of Dracula, along with his cape and ring, from a shifty curio merchant who collected them from the site of the climax to Dracula Has Risen From the Grave. 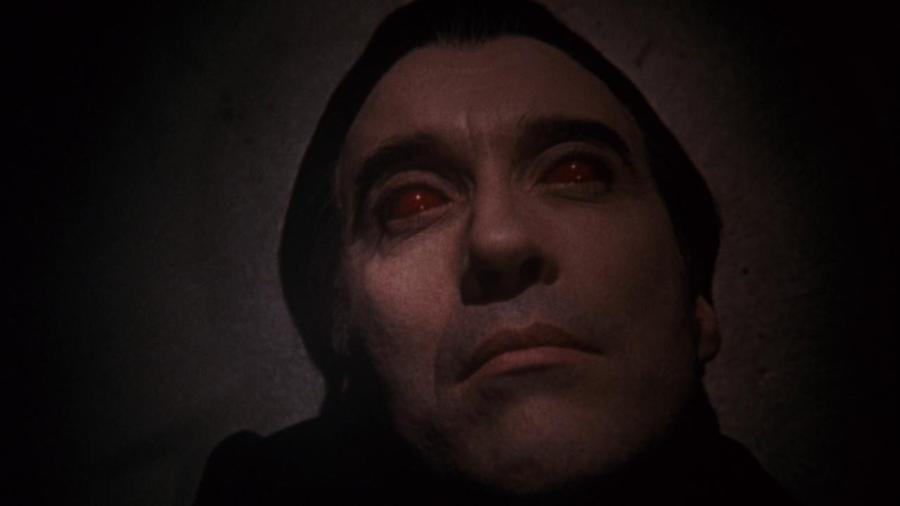 In front of an altar adorned with black magic symbols in a dilapidated church Courtney dons Dracula’s cape and mixes his own blood with the vampire’s powdered remains in a silver chalice. Calling on the forces of darkness he gulps down the frothy broth but Hargood, Paxton and Secker all wimp out when it’s their turn to partake of the unholy communion. Choking and in agony Courtney falls to his knees, spluttering gore and begging for their help but instead the three gentlemen set about him, kicking him until he’s dead. Each rushes home, Hargood bullying his downtrodden wife into promising to pretend that he has been in his study all evening. What they don’t realise is that, through the body and the blood of the murdered Courtley, Dracula has been reborn and he vows vengeance on those who killed his disciple: ‘They have destroyed my servant. They will be destroyed’. 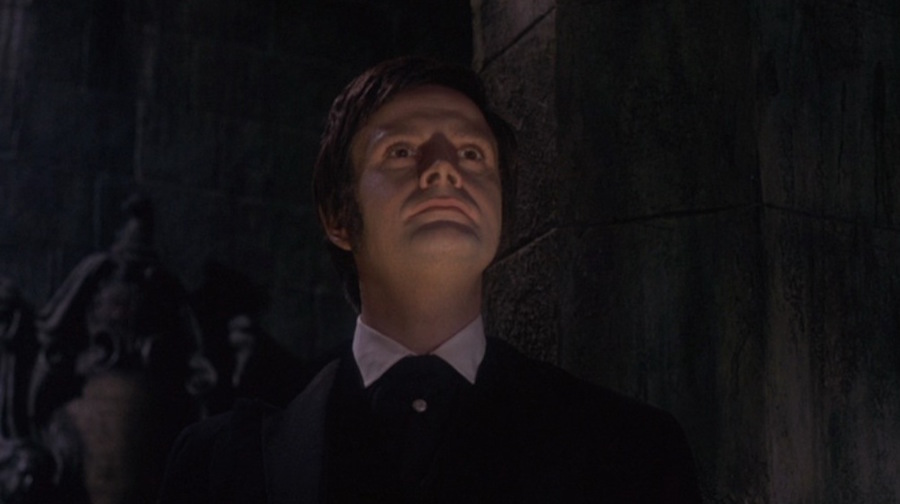 ‘Taste The Blood of Dracula’ continues to employ the inverted religious iconography which characterised the preceding Dracula Has Risen From the Grave and the black magic communion which results in the vampire’s reincarnation is one of the film’s strongest moments. Although the brothel scenes are sumptuous and colourful, and the set of the desecrated church is adorned with a terrific abundance of cobwebs, the film’s overall visual style is muted in comparison to Freddie Francis previous installment. 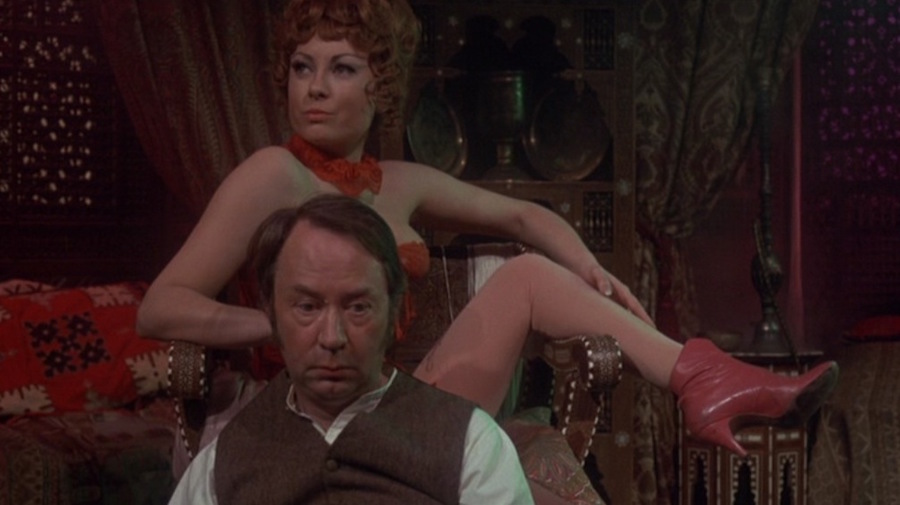 The male leads give uniformly full-blooded performances with Ralph Bates particularly entertaining as the scenery-chewing libertine cad Courtley. Linda Hayden is always a pleasure to watch and as the young Alice Hargood she displays a mischievous sensuality that she would later exploit to an even greater degree in The Blood on Satan's Claw. There’s a definite incestuous undercurrent to the scene where the drunken, guilt-ridden Hargood threatens his disobedient daughter with a sadistic whipping. Fleeing from her father’s wrath leads her directly into the deadly sensual embrace of Dracula providing him with an, all too easily corrupted, vessel for his vengeance. 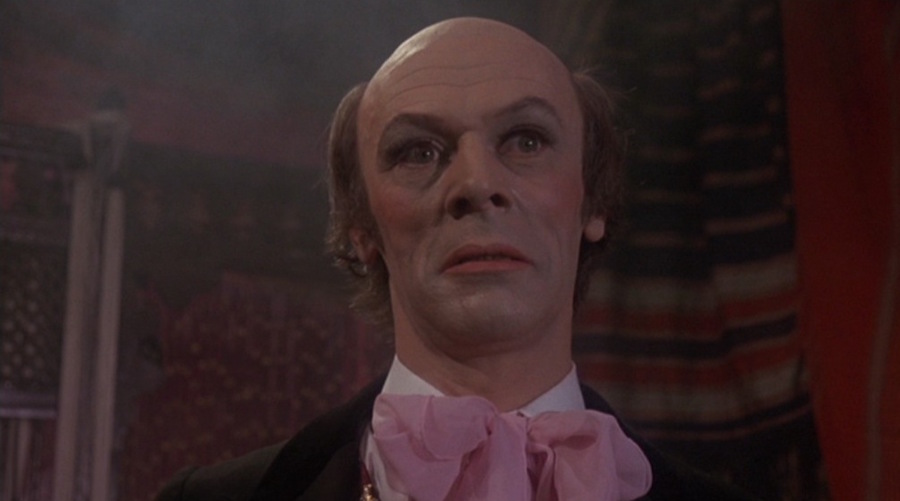 The younger, more liberal, generation, as represented by the sons and daughters of Hargood, Paxton and Secker, see no value in the old-fashioned social pretensions of their fathers and in this regard Alice appears to rather willingly become Dracula’s disciple as it signifies an act of rebellion against her domineering father. The inverted religious iconography is apparent again here as the figure of Dracula represents both anti-father and anti-Christ. In the context of this clash between youthful romantic ideals and authoritarian tradition the vampire also strangely becomes something of an anti-hero; he may be a monster but he does not hide the true nature of his appetites and desires unlike the three hypocritical pervs who maintain their social status through a pretence of piety and righteousness while sneaking off in secret to raise hell and hump hookers. 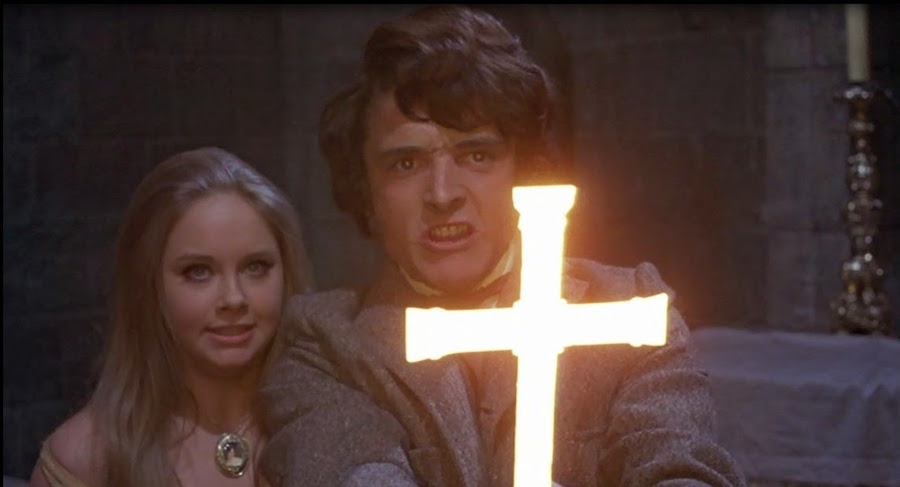 Christopher Lee had often spoken of his desire to portray Dracula on screen in the manner Bram Stoker had described him in the original novel and in 1969 he got the chance. Immediately prior to filming Taste The Blood of Dracula Lee took the lead in Count Dracula directed by workaholic Spaniard Jess Franco. Also featuring Eurotrash regulars Klaus Kinski and Herbert Lom (as Renfield and Van Helsing respectively) the film provides a fascinating point of comparison to Lee’s more well-known portrayal of the vampire Count in the Hammer series. The austere Lee and the manic Franco would seem ridiculously incompatible compatriots but mutual admiration facilitated their collaboration on a number of international co-productions including 2 threadbare Fu Manchu potboilers, the De Sade inspired Eugenie, The Story of Her Journey into Perversion’ and the Witchfinder General-esque The Bloody Judge. 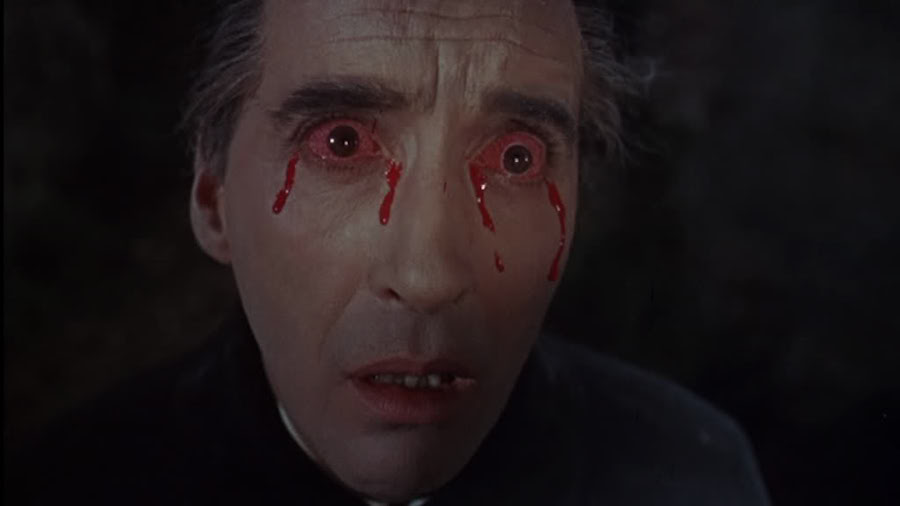 Taste The Blood of Dracula was double-billed in cinemas with Hammer’s contemporary psycho-thriller Crescendo. Similarities between the screenplay and an unproduced script titled Dracula’s Feast of Blood written by Freddie Francis son, and future head of the short-lived Tyburn Films, Kevin resulted in a threatened lawsuit and accusations of plagiarism which would ultimately lead to the resignation of Hammer producer, and frequent screenwriter, Anthony Hinds (aka John Elder).

In conclusion, there is much to enjoy in Taste The Blood of Dracula however the diminished role of Dracula himself, reduced to popping out from behind bushes to deliver villainous one-liners in the style of Mike Raven in Lust For a Vampire, coupled with a muddled and confusing climax conspire to undermine the sophisticated themes in the script. While still essential viewing for all Hammer fans it’s unfortunate that the weakest element in the film is Dracula himself.