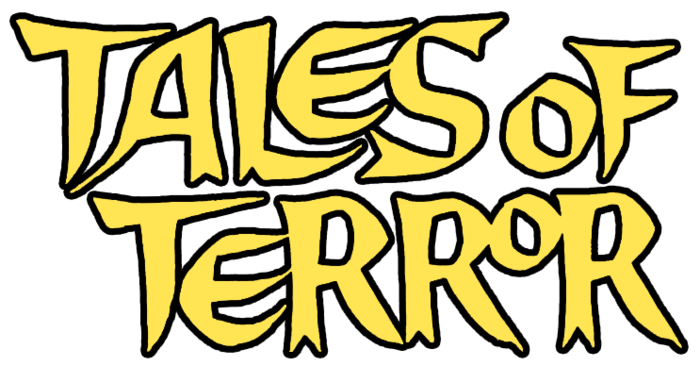 During his varied and exciting cinema career, influential producer/director Roger Corman collaborated with actor Vincent Price on seven Edgar Allan Poe adaptations. Of these charming and chilly B-pix (all of which are better than most films with budgets twice their size), most boast wonderful set design, spirited acting by game casts, and terse, socially perceptive writing thanks to Twilight Zone scribe Richard Matheson.

While The House of Usher may be the most consistent of the bunch and Masque of The Red Death the most inventive (boldly channeling the existential dread of Ingmar Bergman's The Seventh Seal), Tales of Terror is definitely the most satisfying, featuring top-notch performances from Price and Peter Lorre (both of whom seem to be having a raging time), astute direction from Corman and three solid tales that range from spooky to comedic to thought-provoking. Although all of the sequences work in their own way, the comedic number scores the most points and brims with a witty gallow's humor that will leave the viewer smiling long after this breezy 90 minute flick is over.

Opening with "Morella," Price takes on a role that would be a common thread in his acting career; the aging and bitter widower. Living alone in a decrepit mansion and constantly dreaming of his lost love, Price is visited by his 26-year old daughter, a girl that he banished after his wife's pregnancy-related death. Although he's initially reluctant to grow attached to his estranged child, he soon realizes the err of his ways and welcomes the company. Sadly, this budding relationship is cut short all too quickly; Morella has returned from the grave and she seeks to avenge her death by killing her daughter.

This opener is probably the least interesting of the tales, but I like to think of it as an appetizer. All three performances are pretty solid and the story is reasonably interesting and over and done before it gets boring.

The second and best tale of the feature is "The Black Cat," which acts as the main course and successfully interweaves elements of that classic tale with bits from "The Cask of Amontillado." Corman would eventually replicate this idea in Masque of The Red Death, splicing in bits of "Hop-Frog." 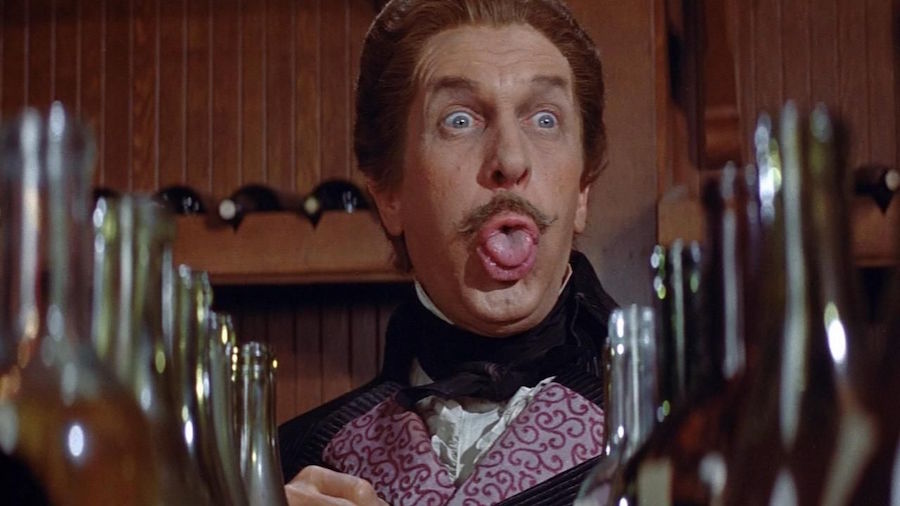 When Lorre's Montresor stumbles into a wine tasting convention (which is a dream come true), he finds himself in competition with the well-to-do fop Fortunato, played by Price, who seems to be having a great time with the sassy and foolish character. After an endless night of drinking, Fortunato is forced to bring home his inebriated pal, involuntarily falling in love with Montresor's young wife.

This budding romance takes place behind closed doors for months as Montresor drinks himself into an early grave without the slightest clue. After a wise bartender tips Montresor off to the affair, his overall demeanor totally changes and he plots a revenge so heinous, only Edgar Allan Poe could have dreamed it up.

As a nice dessert, "The Case of M. Valdemar" pairs Price with the legendary Basil Rathbone and wonderfully closes the feature on a dark note.

Price plays Valdemar, a man dying of a terminal illness who uses the treatment of his hypnotist, Mr. Carmichael, to ease his unbearable pain. In return for this treatment, the hypnotist may perform a procedure on him at the moment of his death.

Valdemar's family doctor and wife are leery of the hypnotic treatment and, although the doctor is a much loved friend of Valdemar and the future husband of Valdemar's current wife, the old man refuses to conclude the meetings with Carmichael. Little does Valdemar know that Carmichael plots to keep his soul in limbo while he absconds with his wife, despite the best efforts of the dashing young doctor.

This closer starts out a bit light, but packs a creepy conclusion that will be a delight to any Price fan and anyone that used to love "Ecto Cooler" when they were a kid.

Speaking of childhood, this was the first Vincent Price film I saw as a youngster and it was what made me a fan of his dynamic acting style. It's great now to see Price so energized and excited by the hefty amount of screen time he got in this anthology and most of the flick's pizzaz comes right from Price throwing himself into the role head first. Despite critics who often tag Price as hammy and over-the-top, it's his willingness to make himself a part of the story that makes this feature so successful and his enthusiasm is evident in every moment of this exceptional film.