< Tales From The Crypt 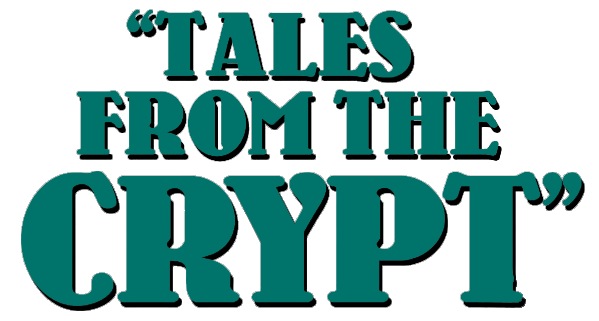 What could be better than a colorful, fun, and creepy 1972 horror film? Answer: Five colorful, fun, creepy 1970s horror films—in one film! That’s Tales From the Crypt’s calling card. It’s an anthology: a collection of stories culled from the popular horror/comic magazine of the same name.

The first tale is a distraction-packed showcase for Joan Collins. Years before her bitchy reign on TV’s Dynasty, the actress is in top form as a greedy, murdering housewife who, herself, may be murdered by, of all people, a “homicidal maniac” Santa Claus! Can she hide the evidence that she’s murdered her husband, keep her Christmas-happy little girl from discovering the body, and prevent deadly Santa from getting her: simultaneously?!

The second tale involves a married man (Ian Hendry) who leaves his family for a younger woman and survives a car accident—only to discover that, contrary to what he believes, he has gone through a dramatic transformation. It’s a swirling piece filled with hope, resignation and prophecy. Is the car accident evil retribution for abandoning his wife and children? 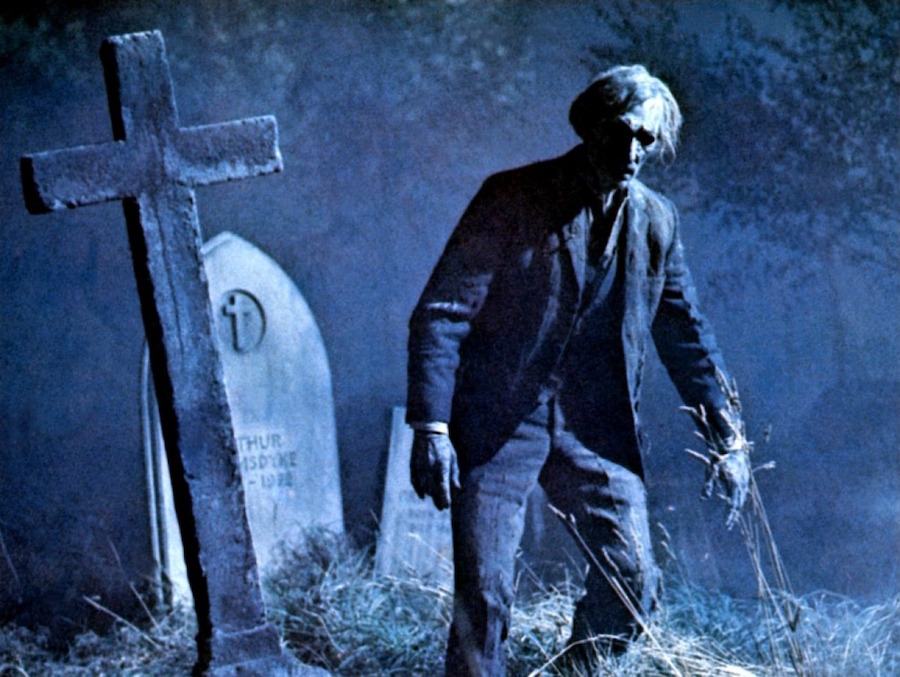 In the third tale a wealthy father (David Markham) and son (Robert Phillips), both of whom are unhappy with their elderly neighbor’s unkempt “hovel” across the street, scheme to drive the old man (Peter Cushing) out by taking away his life pleasures—his role as kooky entertainer to the neighborhood children, his beloved dogs, and his ability to collect his pension. Eventually the old man hangs himself, but he has a post-death surprise for both his tormenters.

The fourth tale is among the series’ best: what would you wish for if you could? A wealthy couple (Richard Greene and Barbara Murray) lose all their money but notice that an ancient artifact they’ve collected allows them three wishes. Each of the couple’s wishes are granted, but with unforeseen and tragic consequences. Be careful what you wish for—you just might get it!

The fifth and final tale involves the injustices suffered by inhabitants of a home for the blind. Deemed inconsequential by an uncaring headmaster (Nigel Patrick), the cleverest of the sightless men (Patrick Magee) concocts an elaborate plan to painfully exact revenge. An eye for an eye—indeed!

Tales From the Crypt is a satisfying excursion into the world of mystery, fantasy and horror. Director Freddie Francis (Dr. Terror's House of Horrors [1965], Torture Garden [1968]) compliments the Edgar Allan Poe-like mise-en-scene with craftily positioned camera angles, scenes drenched in lurid, purposely-cartoonish color (that blood!) and dialogue that sounds like it belongs in a bubble above character’s heads. A fully-realized and effectively unsettling omnibus—featuring Master of Ceremonies/eerie clairvoyant Sir Ralph Richardson.