After her brother is murdered by a drug dealer named Charlie (The Boys In Company C's Stan Shaw), a martial arts expert, Diana "T.N.T." Jackson (Jeannie Bell) arrives in Hong Kong to figure out who was behind it. As soon as T.N.T. steps off the plane, she begins looking for the place her brother resided at, but her presence causes the local thugs to begin buzzing like angry bees. We get to see T.N.T's skill as a martial artist and man does she kick some ass! The movie advertisements described her as a "One Mama Massacre Squad" well, they didn't lie! T.N.T. takes on several kung fu killers who she systematically gets rid of. She even fights a double knife wielding attacker with her bare hands! Jeannie Bell is like the female version of Jim Kelly in this movie! When she's finished wiping the back alleys with those Hong Kong cats, a woman in a limo, Claire (Pat Anderson) offers her a ride to the place shes looking for. I love the exchanges between these two. Claire is nice enough to give T.N.T. a ride and all she gets is an attitude. Claire replies to T.N.T.'s responses with a simple: "Bitch." 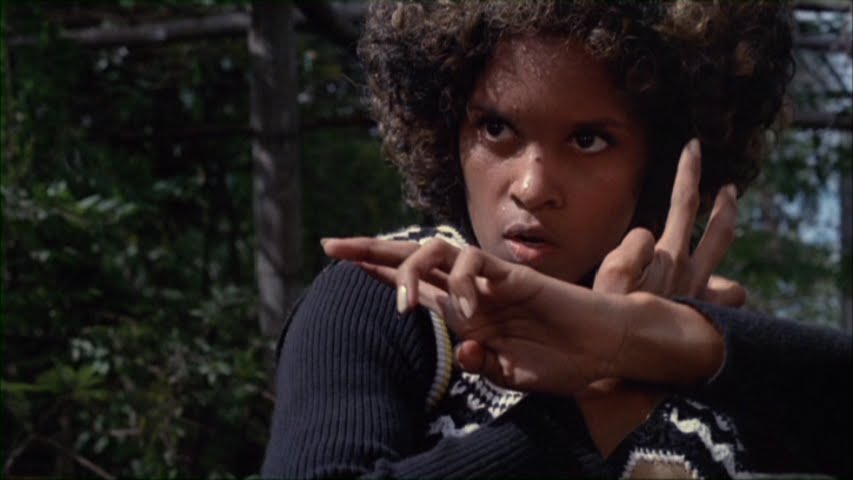 TNT gets dropped off and she finds the place where her brother lived, called Joe's Haven. T.N.T. meets the owner, his name is, yep you guessed it: Joe! (the legendary Chiquito) a Chinese man who also knows kung fu (no way!). When T.N.T. tries to get info on her brother and who murdered him, Joe doesn't have any answers but he begins asking around for her. As soon as he mentions T.N.T.'s brother, the shit hits the fan and the thugs come out of the woodwork. Being a smooth operator himself, the slick haired Joe manages to take them all out. 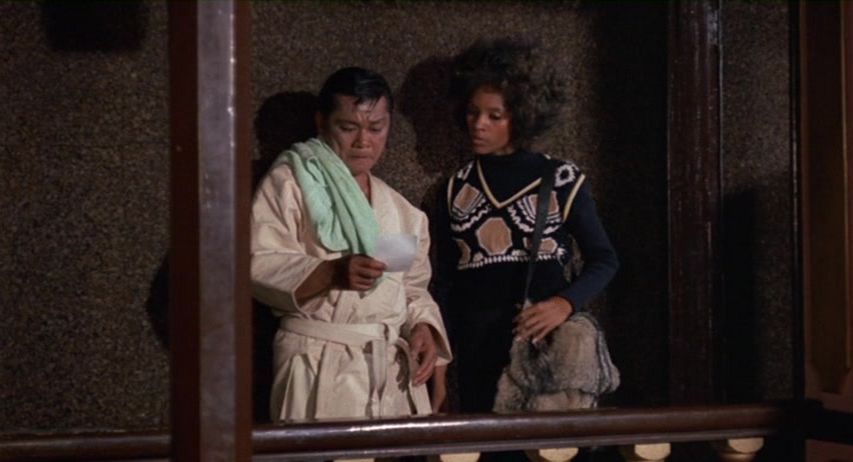 Charlie happens to be a big wig in the drug dealing business around Hong Kong. He works for the two big bosses: Sid (Ken Metcalf) and a guy named Ming. Charlie doesnt like Ming at all, and he's always making this known, calling him a "motherfucker" throughout the film.

T.N.T decides to find out more about Charlie after meeting him at Joe's place. She asks him if she can work for him as a hooker. Well, being a strong black woman, we know that it won't be long before this line of work ends for T.N.T. In one of the films most memorable sequences she takes on Ming and his thugs while she's nude!

T.N.T. Jackson is a super exploitation hero and she does all kinds of incredible acrobatic stunts which really energize the story. The film never really has any dull moments either and all the characters are interesting enough to keep your attention. The exciting climax has T.N.T. in a fight to the death with Charlie, and you won't believe how it ends! Director Cirio Santiago (The Muthers, Ebony, Ivory and Jade, Vampire Hookers) is one of the most beloved directors from the 70s Exploitation era and the explosive T.N.T. Jackson is certainly one of his finest hours!