Mention the name Umberto Lenzi, and chances are folk'll rattle off the flesh-ripping frenzy of NIGHTMARE CITY or CANNIBAL FEROX. But for Lenzi himself, there was no genre that proved too much for his directorial prowess, not least the distinctly Italian-style of crime flick – the Poliziotteschi. Boasting a taut script by Vincenzo Mannino (HOUSE ON THE EDGE OF THE PARK), and featuring Hollywood icon Joseph Cotton (THE THIN MAN) as a scheming Mafioso, Lenzi’s SYNDICATE SADISTS is a potent example of the dexterous Tuscan journeyman’s compelling thriller work; a fabulous concoction of eye-watering violence and white-knuckle thrills, as an ex-cop (Tomas Milian, THE CYNIC, THE RAT AND THE FIST) seeks retribution against two warring mafia families after his brother is killed during a kidnap investigation. (via 88Films) 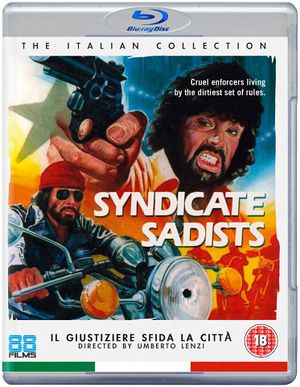 With hints of THE GODFATHER, YOJIMBO and even RAMBO (Milian had picked up a copy of David Morrell’s novel in an airport), SYNDICATE SADISTS finally makes its UK bow on a lip-smackingly gorgeous DVD from 88 Films, whose Italian Collection is your first stop for classic Euro capers that demand rediscovery. 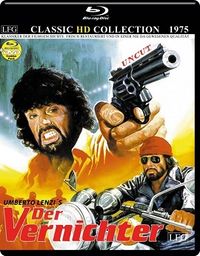 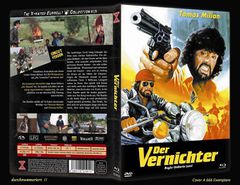