Following the success of his father's film Shaft (1971), Gordon Parks Jr.'s Super Fly marked the second mega hit for what became known as the Blaxploitation era.

Youngblood Priest (Ron' O'Neal) has got it all, the flashiest clothes, the hottest bitches, a color TV in every room, coke by the pound and the finest ride in Harlem. What he doesn't have is piece of mind, and this is what the story is all about. While on the outside, Priest is known as a tough, no shit taking prince of dope pushers, his soul is going through a crisis. He decides he wants to get out of the drug business and start fresh. To seek out a new life beyond the crime ridden streets he's spent most of his life on. He wants to take his beautiful girl Georgia (Sheila Frazier) with him. As much as Priest wants to get out, the life has got him in a death grip. Priest's associates like Eddie (Carl Lee) and Freddy (Charles McGregor) help to keep him nose deep in the fast living, drug dealing scene. The only way Priest will truly be able to make his dream of a bright future a reality is for his mentor Scatter (Julius W. Harris) to help him score one last big cocaine deal, thus funding his escape from a life of crime for good. Throughout the film, we get to see what street life is really like as Priest and his cohorts take us on a trip behind closed doors where the pimps, pushers and players do their thing. Priest must also figure out how to keep The Man off his back which gets sticky because he finds out that the police themselves are in on the cocaine sales in the city. When the cops confront Priest and Eddie and let them know they want them to keep dealing, it gives Priest a major reason to stay in the game and makes it all the more difficult for him to get out from under. 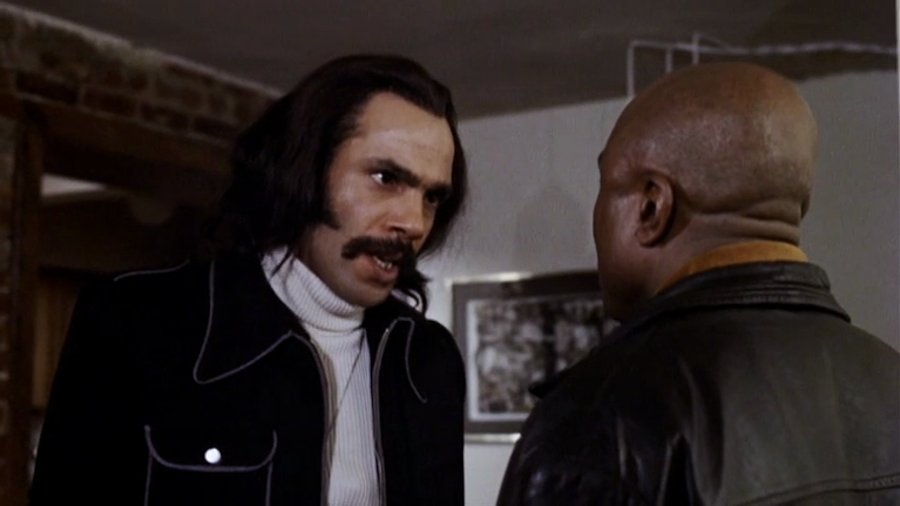 Although made on a low budget like so many other independent productions, Super Fly benefits from the lack of gloss and big studio dollars. Parks' eye for detail and the cast and crew (including real life hustlers) make the movie all the more genuine and real. The film's visual style delivers the goods thanks to Parks' excellent use of the camera to bring a semi-documentary type feel to the proceedings. Ron O'Neal's portrayal of Youngblood Priest is certainly one of the finest cinematic performances of the 1970s and remains a lasting testament to the impact the actors of the Blaxploitation era had on popular culture. When the film was released into theaters in 1972, The Godfather was holding the number one spot. After audiences saw the movie, it took over, making a huge amount of money and created a whole generation of fans. Theater lines went around the blocks and some people wanted to see the film so bad they broke down the theater doors to get in. Young black men began dressing like Priest, trying to copy this super fly dude's style and baadass attitude. 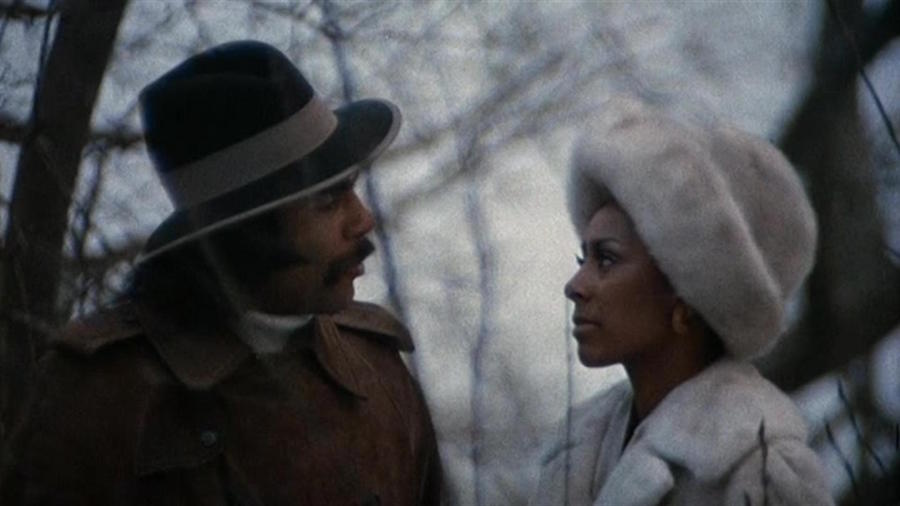 The film's soundtrack by Curtis Mayfield is considered one of the best film scores ever produced and when you hear how much depth it conveys all the while being as supremely funky and cool, you'll know what all the fuss is about. Curtis added another colorful, informative layer to the film with the stories he told through the music. The beats and groove will move you not only to feel good, but you can also learn more about the reality of the street and the characters in the film. The junkies, the pushers, the players all play parts in this furiously funky epic audio accompaniment to the film itself. NOTE: Look for a very cool cameo by Curtis and his band playing the song "Pusherman" in Scatter's restaraunt.

Super Fly is a sublime work of genre cinema that showed life on the mean streets of the inner city and gave black audiences a new hero to emulate. Youngblood Priest, a supercool drug dealer who has it all, but isnt satisfied with his place in society. Yet, by using his brains as well as his brawn, he stands tough, dares to take on The Man and ultimately gets to drive off into the sunset towards a brand new life.

When Super Fly was made, society hadn't yet concluded that cocaine was a very dangerous drug. This was before Studio 54 and the decadent 1980s when cocaine really became an epidemic and caused a lot of deaths. While some see Super Fly as glamorizing the drug, it really doesn't do anything but show it for what it was at the time. The free, up front use portrayed in the film isn't meant to be flashy, but just reflect how drug dealers operated. Several times during the film, characters (including Priest), snort cocaine but viewers should simply put the film in context. Just as Super Fly's clothing and hairstyles are now outdated, so is the careless way hard drugs like cocaine are used.

The film was financed by two black dentists and Gordon Parks, Sr., who had just directed the cult classic Shaft. Sig Shore, who produced Super Fly, plays Deputy Commissioner Riordan, or "The Man".

Nate Adams coordinated the fashion and wardrobe for the film. He had done several fashion shows prior to Super Fly. He still owns many of the suits, shoes and fedora hats.

Priest's car is a 1971 customized Cadillac Eldorado. This type of Eldorado had the largest V8 ever used in a production vehicle, an 8.2 L (500 in³) engine. The car belonged to K.C., an actual hustler and pimp from Harlem who plays a pimp in the film. K.C. met Nate Adams in a hotel lobby and was asked if his car could be used in the film. K.C. agreed but later telephoned Nate Adams accusing him of lying, stating, "No niggers are making no movies." The car was customized by Les Dunham Coachworks of New Jersey, who modified the headlight covers, goddess hood ornament (Rolls Royce/Bentley style), lake pipes and circular porthole windows. The film helped start a trend for car customization in America known as the Pimpmobile. Many aspiring drug dealers, gangsters, and pimps modified their cars during the 1970s as a result of watching Super Fly.