When I first reviewed “Super Dude” for my 2009 book Blaxploitation Cinema: The Essential Reference Guide I based the review on the films’ bombastic and exceedingly colorful two minute trailer (take a look at it HERE) as well as sixty minutes (of the 91 minute film) that had surfaced at the time. Now, for the first time in more than forty years, and even though it has yet to be officially released for the home video market, a dusty 35 millimeter print of “Super Dude” has surfaced and was recently screened in NYC for an enthusiastic sell-out crowd. 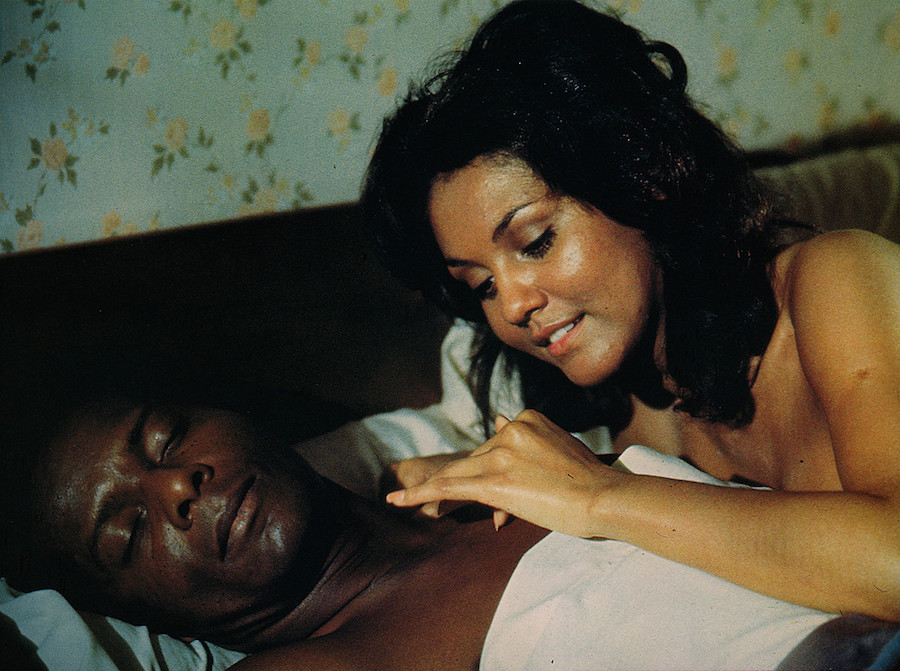 Some background: “Super Dude” is the one and only film in the Blaxploitation cannon (there are more than 250) to be released by two different film studios; first, in October ’74 by movie giant Warner Bros. as “Hangup,” and then at the top of ’75 by exploitation market distributor Dimension Pictures as “Super Dude.”

The limited previously available footage from the film was, as it turns out, deceiving. Viewed today in its entirety, “Super Dude” is more than what the genre-centric poster art promised. Instead of a by-the-numbers shoot-‘em-up, embellished with a popular soul music soundtrack, at its core “Super Dude” is an unsettlingly straightforward examination of substance abuse: In particular heroin addiction and the effect it has on both a beautiful young woman and her romantic/obsessive suitor/savior

As rookie police officer Ken Ramsey, William (Coffy) Elliott is believable as both a conflicted servant of the law and a man with a “hangup” for a beautiful former high school classmate. The object of his affection and care is Julie Turner, Marki (Sugar Hill) Bey, a “two bags a day” heroin addict. As played by Bey, Julie is many things all at once: fetching, coercing, vulnerable, crass, hard-as-nails, funny, and a woman who sells her body to support her drug habit. 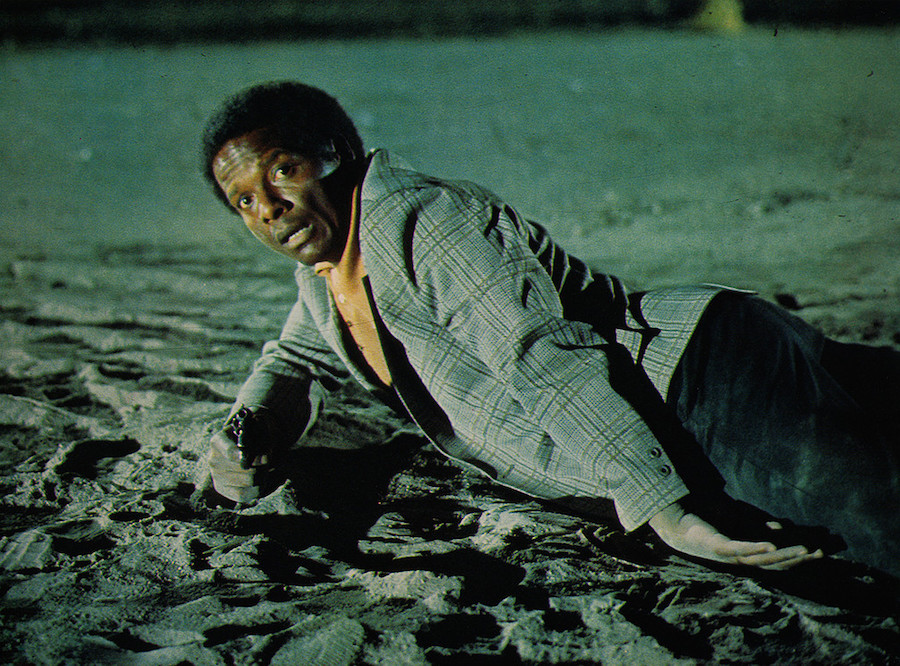 Based on the popular 1969 novel “Face of Night” (in the book Ken and Julie are white!) “Super Dude’s” cautionary tale remains faithful to its source material but, at the same time, aligns itself with the exploitation film market. Over-lit cardboard sets, staged “car crashes” and police station exposition take place alongside the necessary “R” Rating tropes: female nudity, “N” and “F” word bombs, and over-the-top violence (a “bad guy” is run over by a car, set on fire and then shot)!