The funky sounds of "Supernatural Voodoo Woman" (Sung by The Originals) opens the film as we witness a voodoo ritual going on. Come to find out, this is just a popular stage act put on by the town's hot-spot club owned by Langston (Larry Johnson). When the show's over, Langston visits the bar to check on his main squeeze, Diana (Marki Bey) aka "Sugar". Before things start to get romantic, in comes the baddies and the "Sell-Us-The-Club-Or-Else" storyline begins. Wasting no time, the "Or-Else" option goes into effect and Langston is stomped and beaten to death just moments later. And so (again, not wasting any time!) Diana goes into revenge mode against the gang leader, Morgan (Robert Quarry) and his goons. But rather than becoming a kung-fu kickin', shotgun blasting femme fatale, Diana's weapon of choice is voodoo! But she'll have to depend on Mama Maitresse (Zara Cully) to help raise the Lord of the Undead, Baron Samedi (Don Pedro Colley) who then summons the silver-eyed zombie slaves buried in the bayou to carry out Sugar's revenge. 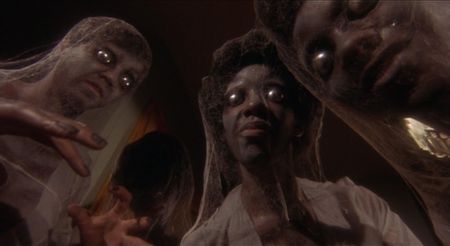 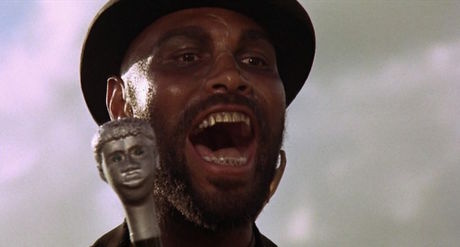 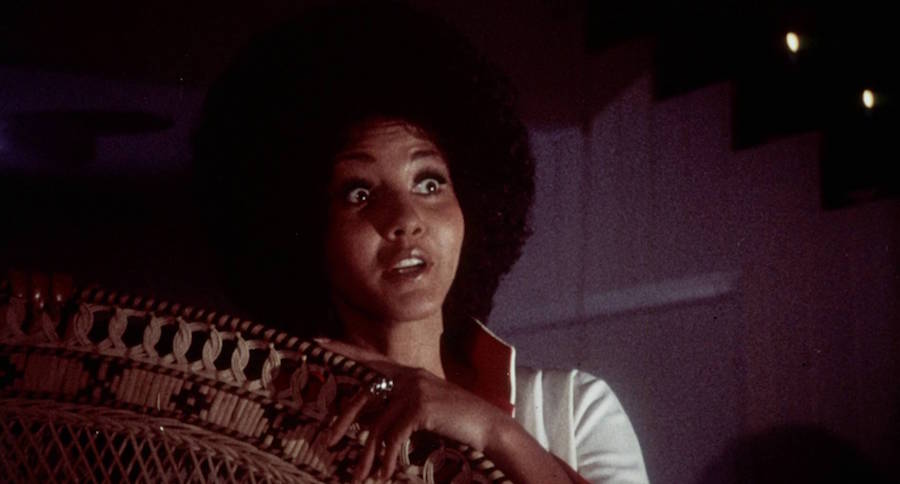 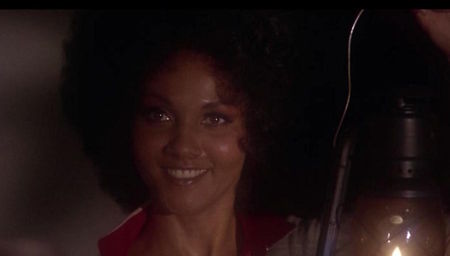 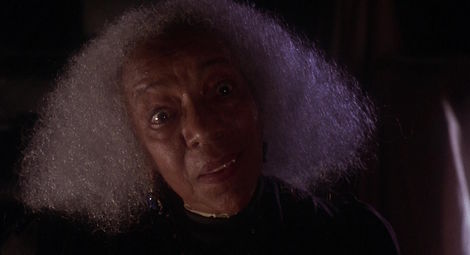 Try not to be too mislead by the PG-rating of this. The mean-spirited racial slurs combined with a few gruesome kill scenes, as well as the often creepy looking zombies make you forget about it's rating. And as fine and competent as Marki Bey as Sugar is, the show's big scene-stealer is undoubtedly Colley's performance as Baron Samedi. Whether he's disguised as a dockworker, cab driver, gardener or bartender, Colley always has such a deliciously good time of leading someone to their death that the viewer just can't help but chuckle along with the wise-cracking Lord of the Undead. I also want to point out a fairly interesting "twist" that occurs late in the movie that I liked. Since a movie like this can't be too complete without having a cop on Sugar's trail, the viewer often predicts that the cop (Richard Lawson, in this case) will confront the antagonist in the last reel and the fates of certain characters will be at risk. Instead, a curveball is thrown in the script and the cop is outta the picture! But since this is a blaxploitation flick, black-on-black crime ain't accepted. So how was this handled? See for yourself! Overall, SUGAR HILL is a fun blaxpo-horror-revenge flick.