Suburbia (1983, USA) is a Teen-Crime film directed by Penelope Spheeris. 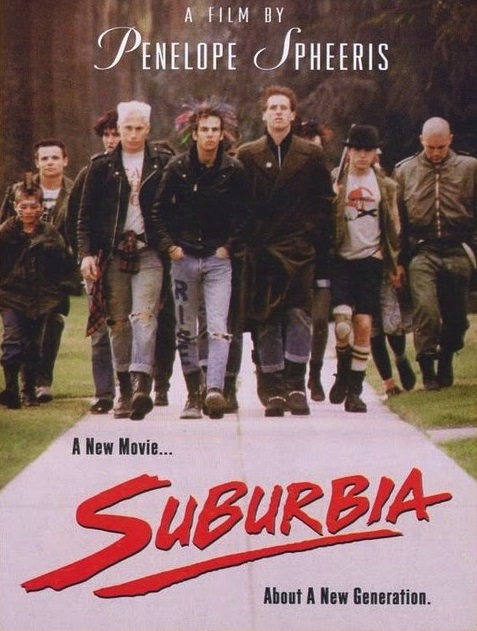 Suburbia, also known as Rebel Streets and The Wild Side, is a 1984 film written and directed by Penelope Spheeris about suburban punks who run away from home. The kids take up a punk lifestyle by squatting in abandoned suburban tract homes. The punks are played by Chris Pedersen, Bill Coyne, Timothy O'Brien and Red Hot Chili Peppers' bassist Flea, amongst others. Director Penelope Spheeris recruited street kids and punk rock musicians to play each role, rather than hire young actors to portray punk rockers. Suburbia was filmed in and around the cities of Downey and Norwalk in California. (Wikipedia)