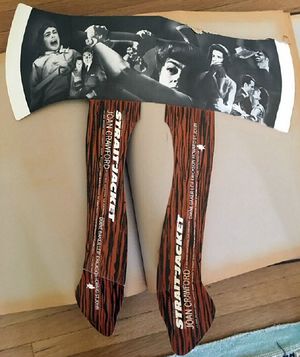 During Strait Jacket's original release, moviegoers were given little cardboard axes as they entered the theater. At the end of the closing credits, the Columbia logo's torch-bearing woman is shown in her traditional pose, but decapitated, with her head resting at her feet on her pedestal.

In Videohound's Cult Flicks and Trash Pics, "Souvenirs" was #1 on the "Film Gimmicks" list.