Stone (1974, AUS) is a Biker film directed by Sandy Harbutt. 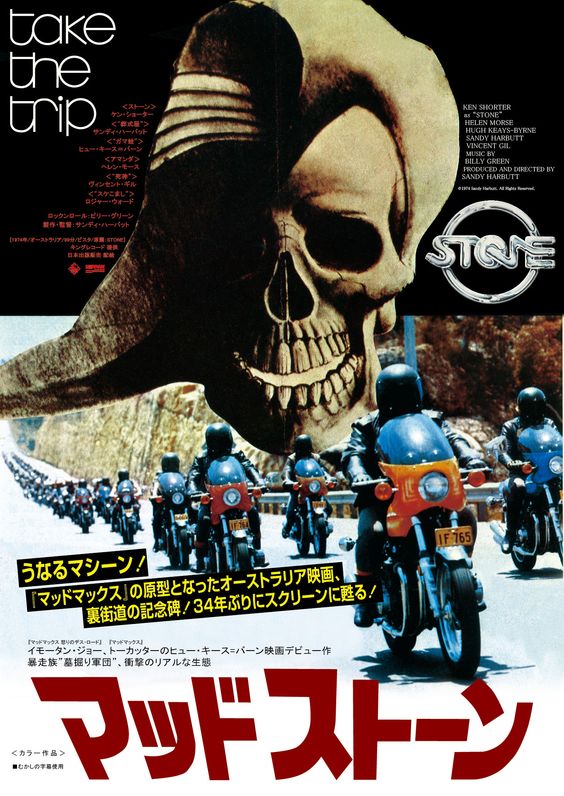 Stone is a 1974 Australian biker film written, directed and produced by Sandy Harbutt. It was a low budget movie by the company Hedon Productions. Police officer Stone (Ken Shorter) goes undercover with the Gravediggers outlaw motorcycle gang, to find out who is murdering their members, one by one. The film features Rebecca Gilling, Bill Hunter and Helen Morse. The soundtrack was composed by Billy Green and featured some members of his group Sanctuary. Motorcycles featured include the legendary Kawasaki Z1 (900). Stone initially rides a Norton. Since its release STONE has become a beloved cult classic in Australia as well as around the world.