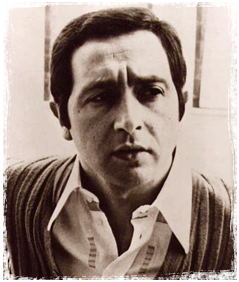 Cipriani became prolific in the Italian film world and was awarded a Nastro d'Argento Best Score for The Anonymous Venetian (film) (1970).

One of Cipriani's most famous scores is from "La Polizia Sta a Guardare". The main theme was recycled by Cipriani for the score for Tentacles and was brought to the public's attention again in 2007 when it was featured in Quentin Tarantino's Death Proof.

Cipriani's scores for the films of the "La Polizia..." series were different arrangements over the same theme. Some of those themes were used in the soundtrack of the couple Hélène Cattet & Bruno Forzani's first feature Amer.

The following 40 pages are in this category, out of 40 total.