Spasmo (1974, Italy) is a Giallo film directed by Umberto Lenzi. 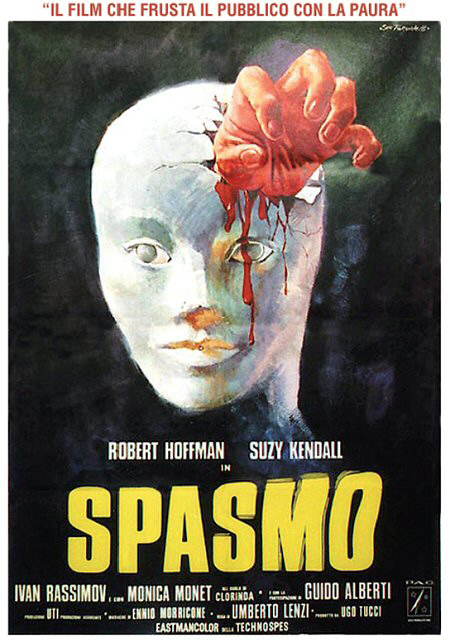 Christian (Robert Hoffman) and his girlfriend are taking a walk on a deserted beach when they discover a woman's body lying. A closer look proves that she's alive. The next day Christian meets her again at a yacht party and they fall in love. Later at a nearby motel, something weird happens as they prepare to go to bed together: An intruder breaks in and starts beating Christian who accidentally shoots him with his own gun. A few hours later they find out that the corpse is missing and a series of weird incidents takes place. (IMDB)