Since I write reviews for this website, I have to say this is the weirdest film I've ever reviewed. What can I tell you about Something Weird? Well, to start it's the name of the famous video company that sells VHS and DVDs of exploitation classics from the 1950's-70's. And the origin of company's name? It's this movie.

Everything in this film is as weird as its name suggests. The story concerns Mitchell, an electrical accident victim who receives the power of extrasensory perception afterwards. Then a mysterious witch comes to see him and promises to repair his ugly face in exchange he be her lover. There's a murder, a trippy sequence, a fight between Mitchell and his rival, Dr. Alex Jordan and even a blanket that tries to kill Dr. Jordan. I'm serious, what the hell is going on in this film?! 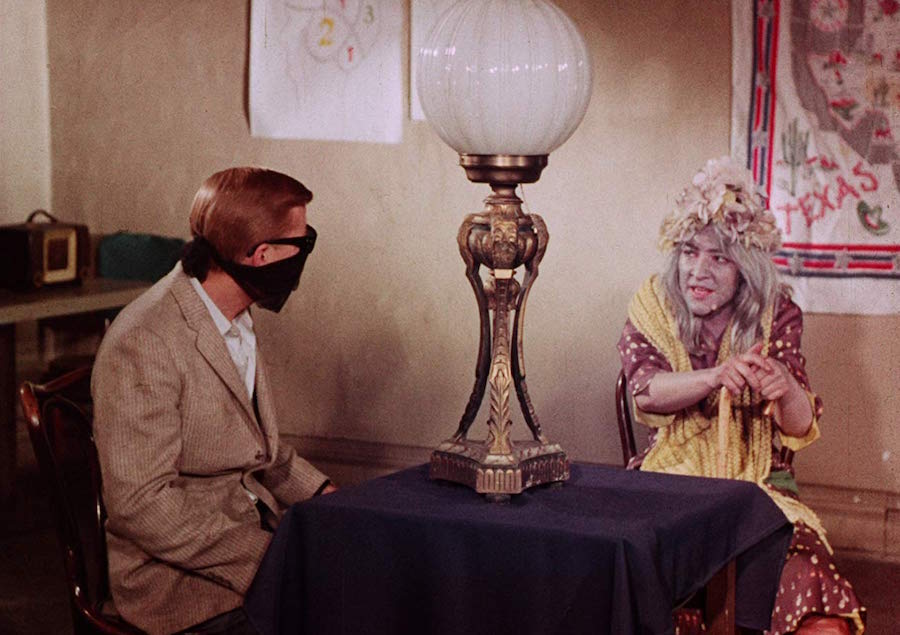 Just take the beginning, the first scene of this film is Dr. Jordan practicing Karate and then it cuts to him making love to a woman for about 15 seconds. Next, we see the accident with Mitchell. What's the point of the Dr. Jordan scenes? Oh, by the way, the editing in this film is in the true spirit of low budget exploitation films from 60's, it's bad and hilariously awesome for some reason.

The highlight is the blanket attack. The mysterious witch tries to kill Dr. Jordan by using her powers to make a blanket become a killer. It's weird, hilarious, and very memorable. Speaking of memorable, we also have a trippy scene included. It's Mitchell's dream sequence. I can't explain anymore except the fact that it's blurry and uses an orange filter, which makes this scene even trippier.

It's hard to come to any real conclusion about this film, you'll either love it or hate it for sure.