Some Girls Do (1969, UK) is a Spy-Comedy film directed by Ralph Thomas. Follow up to Deadlier Than The Male. 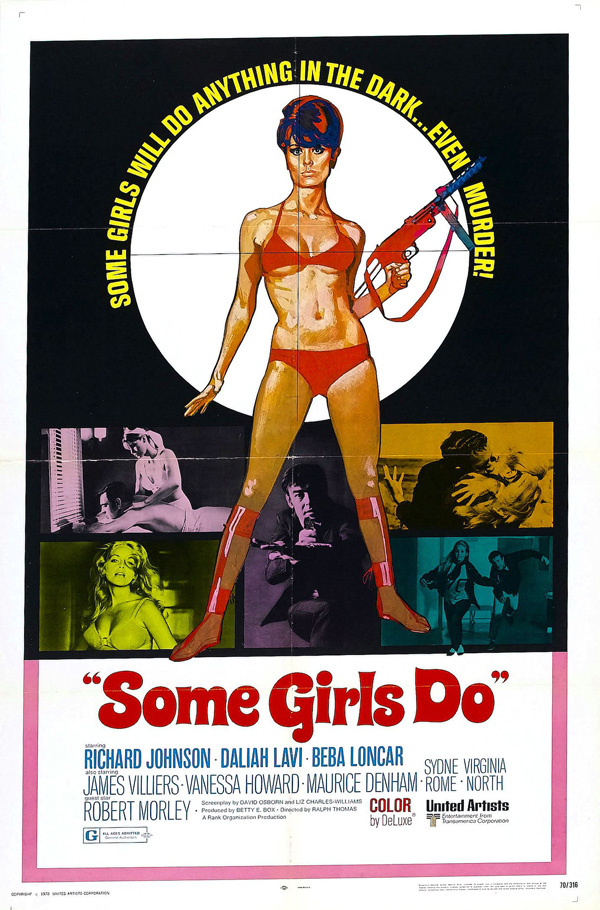 In this sequel to "Deadlier Than the Male," smooth insurance investigator Bulldog Drummond (Richard Johnson) is called in to examine a series of suspicious accidental deaths. Despite attempts on his life, Drummond soon discovers that his nemesis, Carl Peterson (James Villiers), is using an army of attractive female robots to execute the killings. After learning Peterson's ultimate goal is to sabotage a new kind of commercial supersonic jet, Drummond sets out to stop him.