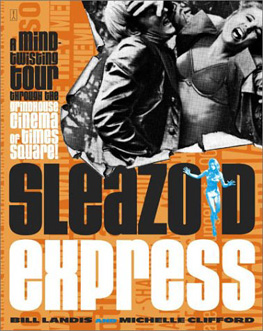 Sleazoid Express (1980-1983, and later editions) was the original fanzine on the 42nd Street Grindhouse movie scene in New York circa 1964-1984. Edited and Written by Bill Landis, a projectionist and devotee of the crime-ridden grindhouses, the magazine not only captured the genre affections but the whole Times Square atmosphere that revolved around hard drugs, violence and prostitution. This website is heavily influenced by Sleazoid Express and you can find alot of information on films discussed in the book here.