Jack Hill (The Big Doll House, Spider Baby) is of two minds concerning 1974's over-the-top cult favorite Foxy Brown. On the one hand he believes the picture is “the lesser of the two” Pam Grier hits that he wrote and directed (the other being '73's Coffy). “Honestly speaking, I don’t think (Foxy Brown) has the excitement or originality of its predecessor,” surmises Hill. On the other hand, he freely admits, "There's no question that it's a fan favorite: it out-sells Coffy two to one.” 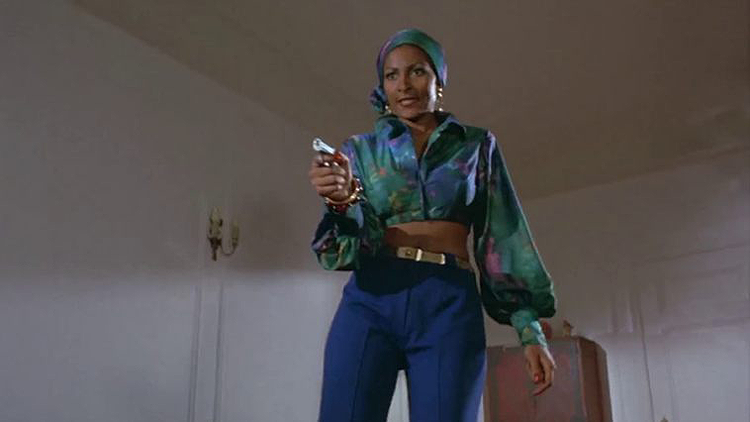 And there’s a reason. When it first played in theaters a full forty years ago, there really wasn't anything like Foxy Brown. An amalgamation of the Noir, Exploitation, Revenge, Women-in-Prison, Gore and Blaxploitation film genres, Foxy Brown still delivers. It's entertainment with a punch. Pulp with a message. 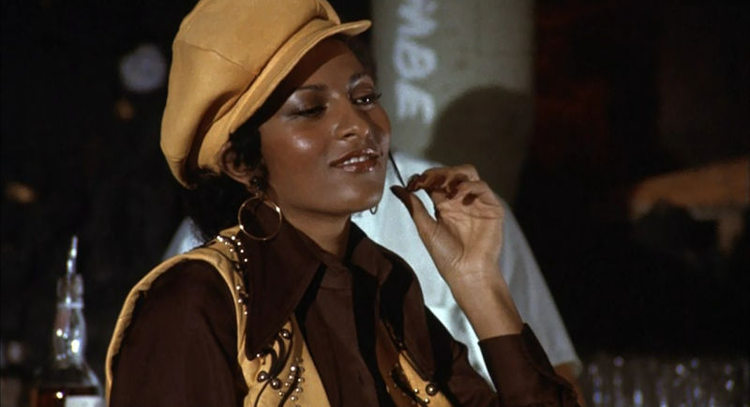 It's heady stuff this cartoonized (platforms, Afro wigs, multi-colored polyester pant suits) "peek" at L.A.'s flourishing underworld, and it's all the more fascinating when you consider the fact that this slim-budgeted and expediently filmed ($500,000; eighteen days) picture was green-lighted not as an original film but, instead, as a sequel to Coffy--entitled Burn, Coffy, Burn!

"Someone in the marketing department at AIP (American International Pictures) came up with statistics that indicated sequels weren't doing well at the box office," recalls Hill. (And they weren't: as far as black-cast pictures went, both Scream Blacula Scream (a sequel to Blacula) and Slaughter's Big Ripoff (a sequel to Slaughter) bombed. "So I pretty much rewrote the script on the spot. I just thought: 'Okay, I’m going to make this film as outrageous and crazy as I possibly can.'" 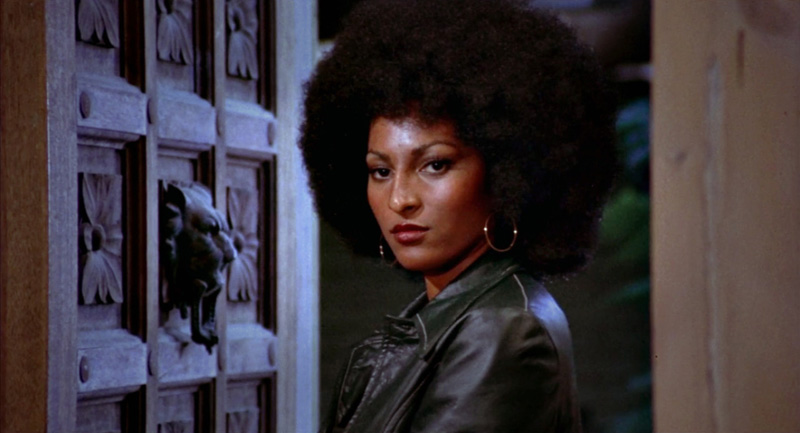 He did. Although the quick re-write left open a few nagging questions: How exactly does that giantess of female pulchritude make a living? How does her ne’er-do-well always "high on dope" brother figure out a complicated government-sanctioned witness protection program? And, how exactly is Foxy capable of infiltrating an entrenched drug and prostitution ring? The lack of details about Foxy's back story hardly matters today: and they didn't matter at the time Foxy Brown flickered across inner-city grindhouses and Drive-In screens. From the moment we first see Foxy we love her: we identify, we champion her motives, we root for her success.

One of director Quentin Tarantino’s favorite films, he wrote 1997’s Jackie Brown specifically for Pam Grier—choosing the title as a homage to Foxy Brown (the "Brown" in the title) as well as the lead character's name: a nod to Jack Hill ("Jackie"). Foxy's many charms—politically-incorrect dialogue, licentious situations, an all lesbian cat-fight in a bar (a sensational first on film!), a plane propeller beheading, and a castration (!)—still provoke, thrill and titillate. Milestone filmmaking: The very first Blaxploitation film to appear on Blu-ray.