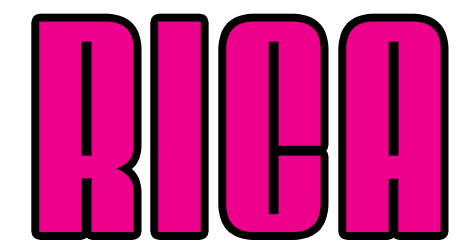 Toho's take on the Toei dominated bad girl genre doesn't open so good. There are certain off putting elements (related to pregnancy) and the shiny visuals of their competitor are nowhere to be found. I was already missing Toei's iconic pinky violence queens. But I changed my mind real fast. 15 minutes in and I had realized Rica is a fucking fusion of great genre elements. It may not have the glossy look but but it's got plenty of kick and ass. It's mean, violent, fun and sounds good. Just like our lovely heroine, Rica.

Rika Aoki is something different from the usual genre stars. Her character is young and so is she. Toei stars like Reiko Ike and Miki Sugimoto were barely legal when they entered the business but they both looked and acted older. They were also more distant, more movie star kind of personalities. Rika on the other hand feels more like a real life girl. She displays more energy, less gloss and some great teen angst. You could argue she’s got lesser looks than her Toei sisters but in fact that made me like her even more. She's far more approachable and she’s got more real eroticism that Miki and Reiko put together. Double the effect if you got a thing for school girls.

And let's not forget the final knock down; she sings in the movie. And she sings well, better than most genre stars. Her singing is included as a minor sub-plot (that won't develop anywhere) which is good example of the movie’s structure. Apart from the firm backstory (rare in the genre) the plot is pretty much non-existent but the storyline makes great use of different elements from several sub-genres, mostly girl gang and high school films. You probably won't notice the lack of actual plot until during the second half, which is a bit less wild than the first. The ending however is so damn cool that it's easy to forgive. Besides, after the satisfying finale we're treated with one of the coolest ending credits sequences of the 70’s.