Retreat Through the Wet Wasteland/Review

< Retreat Through the Wet Wasteland 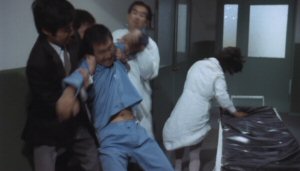 Reportedly the studio executives were less than willing to see the film completed. The strong willed production crew however kept their heads and only gave in to the studio’s requirement to camouflage the film by adding the word "nureta" (wet, making the original title more sexually suggestive "Wet Retreat Through the Wasteland") into the title. As unfair as such compromise may sound, it was a small price to pay for director Sawada. After all, he did not deliver a harmless sex flick but a political hand grenade that could've caused a scandal.

The film opens with five men breaking into church, stealing the charity funds and raping the churchwarden's daughter. Later these men return to the scene of the crime as police officers to cover their tracks. Being above the law and able use their position to get away clean from any situation, there seems to be no stopping this group. Not until a former colleague of theirs escapes from a mental institution and forms a possible risk factor. Two cops set out to capture and take out this threat. 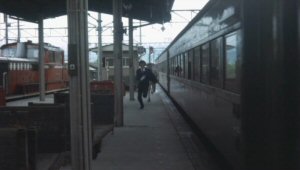 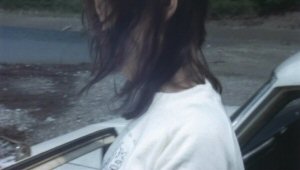 Retreat Through the Wet Wasteland lives up to its reputation. The storyline is dark but well written, and doesn’t play only for shock value. The main character, excellently played by Takeo Chii, is a sort of anti-version of the typical noir hero. He is the villain and a beast, but his appearance is the epitome of cool. The audience's sympathy lies with the man he is hunting. This character, who is given a notable amount of screentime during the second half, brings the more humane side into the movie.

Sawada's film is not without flaws, but most of them are minor and don't have much affect on the overall quality. The soundtrack features one or two misses, but works fine most of the time. The cinematography is impressive throughout. The way Sawada uses long takes and brings the handheld camera close to the characters to achieve more depth feels ahead of its time. Similarly to most Nikkatsu productions the film is short, 73 minutes, but it feels just about right. Sawada even manages to avoid the usual genre pitfall; hardly any of the running time is wasted on unnecessary sex scenes. What is found here, is mostly there for a reason.