Review of the Blue Underground BluRay release of Quiet Days in Clichy. 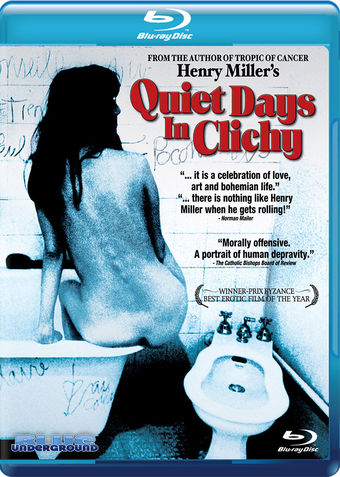 In the film, Joey (Paul Valjean) and Carl (Wayne Rodda) spend time in 70s Paris (vs the 30s of the novel) getting laid with prostitutes or less intelligent teenagers. Ostensibly writers, the two spend more time indulging their carnal senses and living like pigs than actually producing prose. Henry at one point is so broke he starts eating out of a trash can. The way they treat the women is appalling, but they're having fun.... (so much for the story of the movie).

"Yes it was a period when cunt was in the air"

A lot of the more adult-oriented cinematic entertainment that is listed on this website might from today's standpoint be harmless, cheesy even, trashy certainly and a bit dirty, yes, but nobody would assume any illegality around a few cheap movies that showed naked skin and sexual acts. Interestingly, as much as we associate the 60s and 70s with sexual revolutions and sexploitation films of all kinds, those decades were certainly not the ones where these films have had it the easiest. It's the courage and the fighting spirit of the producers and publishers of that time that have led to the necessary court cases and financial successes that have eventually eroded to a large extent the public animosity towards sexually more liberal depiction in film. As the conservative reactionary clout waned, however, these films were almost already on the way out, and video on the way in. They victory came late, and as documentaries chronicling the rise and fall of sexploitation film will tell you, paved the way to cheap VHS porn and the demise of erotic cinema as a Grindhouse art form. That's just me going on a little detour. What Barney Rosset of Grove and others have gone through in those days might have had much more to do with sportsmanship and a knack for the business at the time, than with a strong constitutional legal activism, but it was the time of Vietnam and civil rights movements, so in that context it is very important to remember that the battles over banned books and movies were some kind of substitute wars, whose real origins lay in a general split in the society at the time between progressive and conservative strands. Come 80s, the reactionaries won, but only in the short time, as society through consumerism just became more liberal over the years, and it's only now, in our post 9/11 world of government overreach and conservative witch hunts, that civil liberties just as sexual liberties are under threat again. 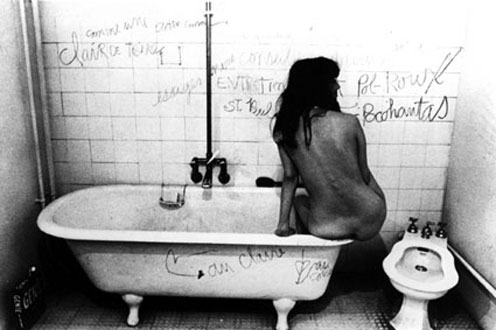 Quiet Days in Clichy is no ordinary sexploitation film, and it's not pornographic either, it's not even sexy or erotic. In the context of the 70s, making a by the letter adaptation of one of Henry Miller's daring novel meant venturing into territory that was far from the conservative main stream. The Danish director had help from Miller and the movie met his approval. The jazz like, improvised fashion of the film is eventually both its strength and its weakness. Strength, because combined with the mostly gorgeous cinematography of the film in its 70s Parisian setting, the music and carpe diem style of the film makes for a perfect representation of Miller's novel on the one, and a great insight into 70s life in general on another. Weakness, because the lack of a decent story, the horrible acting and the nonexistent structure make for a painful viewing. It's a film that is at its best in the dialogue-free montages of Paris life and scenery both in moving images and in gorgeous still photography montages. Jazz music drives these scenes along and one might even assume that the movie could've been a hit with better actors and less sleaze - albeit in different circles. Oh well, hindsight sometimes makes for a strange parameter in movie reviewing. But really, I think the movie looks gorgeous for the most part - minus the penis closeups - and has a great soundtrack. it is a pretty packaging for a mostly forgettable, slightly obscene but not erotic at all exercise in 70s filmmaking. 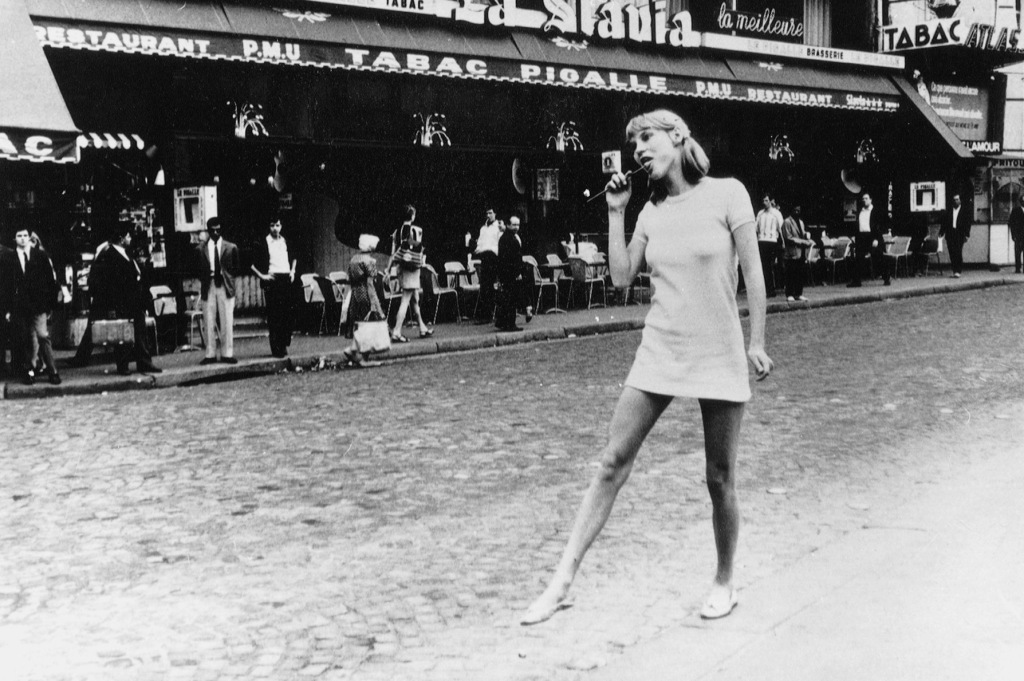 The BluRay presents us with the supposedly uncut version of the film (I found conflicting information to that end, one source suggests that all the "uncut" versions out there run at about 91mins and miss a particular scene but found no information as to what scene that might be) in what I can only describe as a stellar transfer. The black and white imagery looks great, and there is ample film grain preserved. It seems to be common with Blue Underground's BluRays, as in they are a tad softer than I like, that could be higher compression or a bit too much noise filtering, I don't know. The audio also sounded decent, which made the music sound particularly well. There are a few subtitles on board, too, which I find laudable (gone are the days however where you'd buy a DVD that has 10 language tracks on offer, at least in Europe). 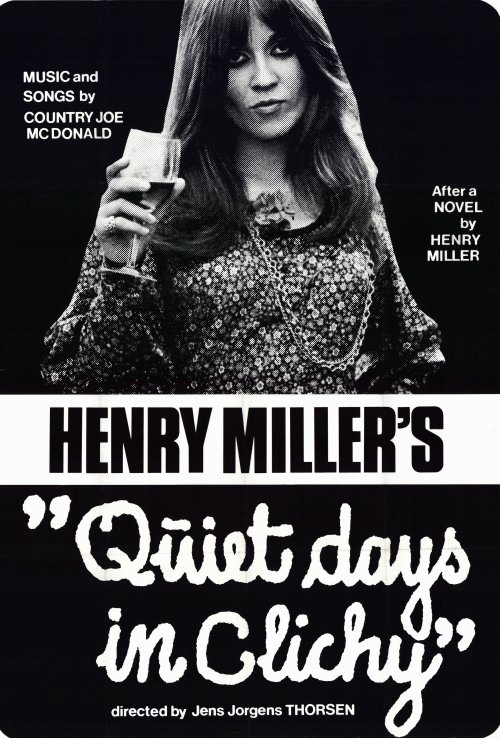 In terms of extras, there are three interesting featurettes on the disc, but no trailers or commentaries. The first is " Dirty Books, Dirty Movies: Barney Rosset on Henry Miller - Interview with Henry Miller's editor and publisher Barney Rosset", a 17min feature with the founder of Grove Press, remembering Miller, his books, and the subsequent legal troubles and the makings of the films. It serves as a nice memory companion to the second extra which is "Songs of Clichy - Interview with Country Joe McDonald", 11min of the musician's memories of the movie and making the soundtrack. Interestingly he admits he only met the film's director for the first time in 2001. The most revealing thing is how he came to realize the change in attitudes towards the material and the offensiveness of the music in terms of women's rights. Lastly, there's an excerpt from "Midnight Blue", a late night talk show with sexual themes, that had Barney Rosset on, must have been in the late 90s or so. It's a 25min interview, and completes the contextual material Blue Underground has collected to give viewers today some perspective on the film.

Final verdict: An excellent BluRay that you can pick up without remorse, but the movie might not be for everyone. Definitely not nearly as lurid as history might convey. Set aside a few gross closeups of not so pretty naked people it is a rather tame exercise in 70s carpe diem lifestyle, captured on beautiful black and white photography complete with a great soundtrack. If nothing else, it's an interesting piece of film history.