If you were a movie producer, how in god's name could you say "no" to a working script which has a plot outline describing, "Teenage motorcycle gang commits suicide, comes back from the dead and terrorizes the neighborhood"? And thus was born, Psychomania. Meet biker leader of "The Living Dead", Tom Latham (Nicky Henson) who appears to be fascinated with not just death, but crossing over into the unknown. Let's just say that it's his destiny to obtain these thoughts since his mother (Beryl Reid) had participated in some sort of pact involving witchcraft that had occured when Tom was an infant. After discussing these morbid ideas with his mom, the house butler, Shadwell (George Sanders) encourages Tom to live out this undead fantasy. Tom's initiation to crossing over is indescribable. Let's just say that it involves a secluded mansion room, a pair of his late father's eye-glasses, a mirror, a frog amulet, and...A frog! Oh, and you have to believe that you can come back from the dead too! Feeling fulfilled that his journey into the unknown is set, Tom rouses up "The Living Dead" into causing some chaos for the local townspeople in the traditional biker way. This gives Tom the chance to take a plunge off a bridge while in pursuit from the authorities. Tom's body washes upshore and causes grief to his fellow bikers, but most of all, his biker girlfriend, Abby (Mary Larkin). But have no fear, Shadwell shows up to place the frog amulet in Tom's grave (Located in a cursed cemetary known as "The Seven Witches") and here we go! The birth of the first zombie biker seen onscreen! Keep in mind though, even though this new undead version of Tom is bloodthirsty, he's not bloodthirsty the same way as regular flesh-eating, cinematic zombie is. Instead, Tom just loves to kill people! As the murders ensue, police inspector Hesseltine (Robert Hardy) soon gets baffled how witnesses describe the deceased Tom as being the murderer, but now Tom's biker friends are now comitting suicide as well! That's because Tom is proof to his fellow bikers that he's become invincible after death. And he's now persuaded the rest of the gang to join him in this vicious, indestructable afterlife. Soon enough, "The Living Dead" will definitely live up to their namesake! But yet, Abby is still hesitant to become one of the members of this new "Living Dead" gang. Some drastic decisions are soon made (Not just for Abby, but for Tom's mother) as a way of bringing an end to this madness. 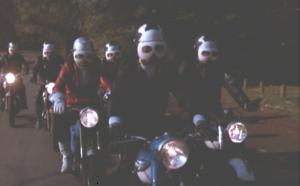 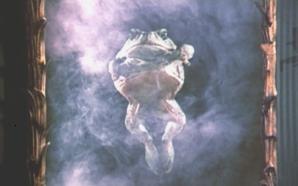 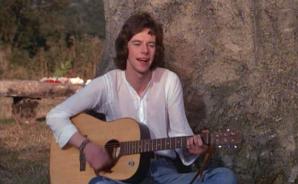 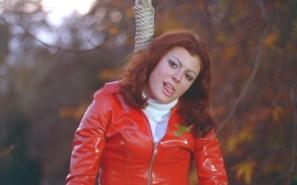 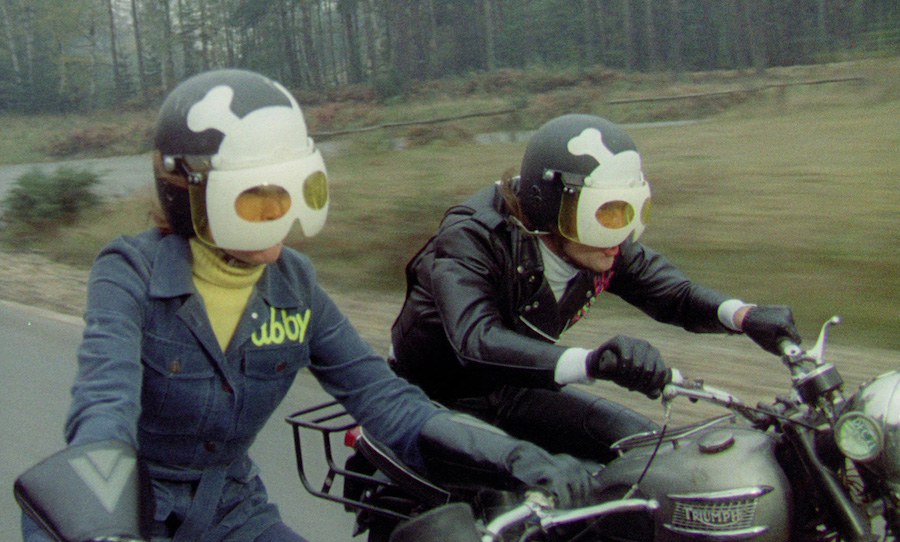 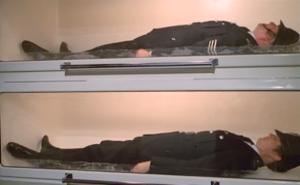 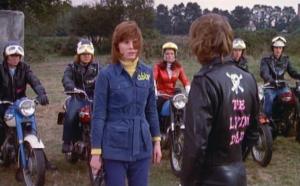 Psychomania is simply a blast from start to finish. Beginning with the opening credits that showcase slo-mo images of the bikers riding around the "Seven Witches Cemetary" set to a KILLER soundtrack involving screeching organs and some badass fuzz guitar. The film takes no prisoners on shifting genres. Going from surreal (Tom's death journey), action-film (Well-filmed chase sequences and town destruction), dark comedy (The one-liners and the suicide gags) to sci-fi/horror (Witchcraft theme and a special FX finale). Performances are good across the board, but I just wish there was more time spent with the biker gang as much as there was with the love story involving Tom and Abby, but at least a few of the other gang members stick out. Such as the cute and defiant, Jane (Ann Michelle), the hot-headed Hatchet (Denis Gilmore) and the gang's singing minstrel, Chopped Meat (Miles Greenwood). I also feel that George Sanders inclusion to the cast was a great choice. That signature voice of his clearly belongs for this kind of movie. Though as the years gone by, Nicky Henson has reportedly felt ashamed for participating in this "Piece of crap", but as I've said before in my review for J.D.'s Revenge, "One man’s trash is another man’s treasure" and in no way do I feel ashamed for having enjoyed this movie. Psychomania is the best of it's kind. And it's kind is definitely one of the rarest.